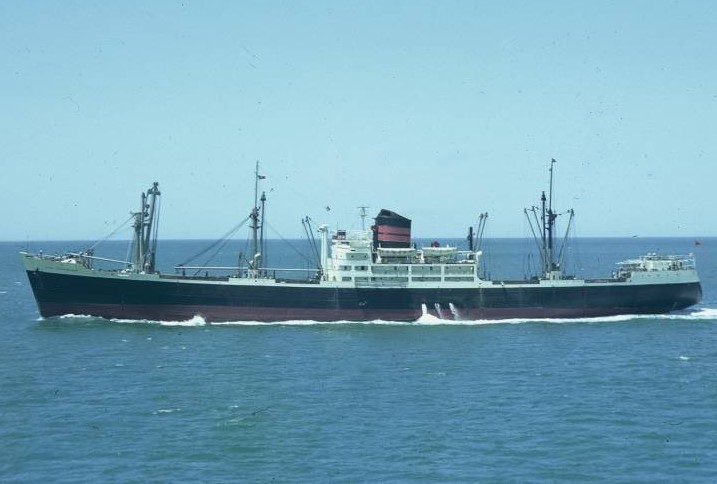 Just found the February 1961 Review where the account of the alteration to install the 165T derrick was done in Dec. 1960 at Greenock ---- Test load shown in the this picture is 181.5 Tons. I was present for a static clock test, where I think they wanted 185 showing on the clock.

Taken from a Clan Line Calendar 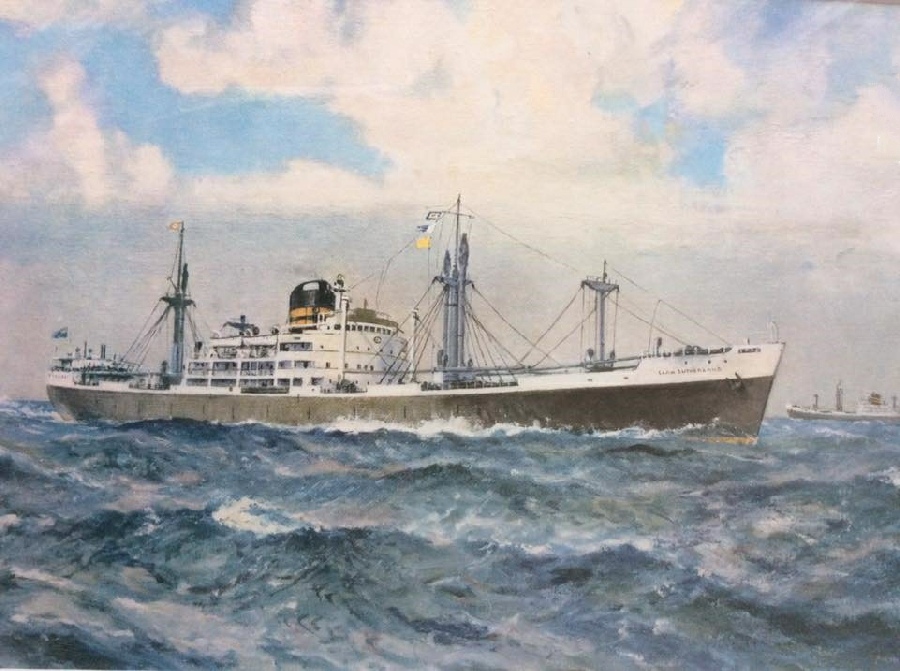 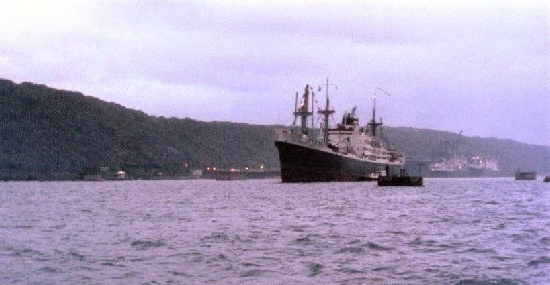 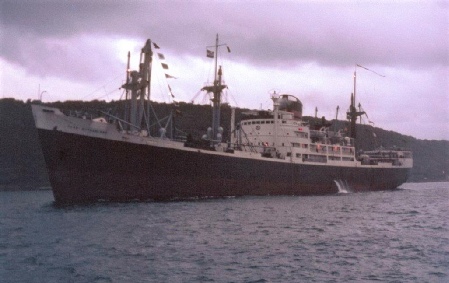 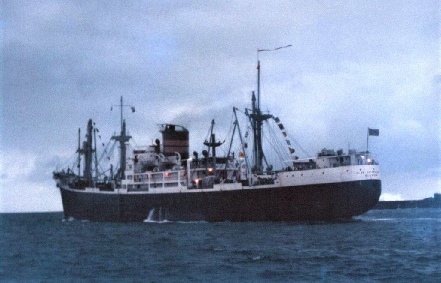 3 Pictures of Clan Sutherland leaving Durban on her final voyage 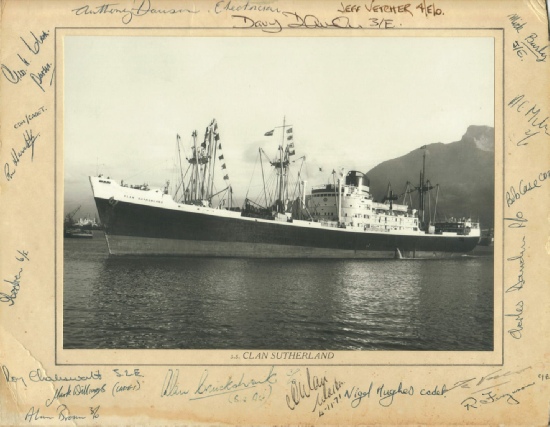 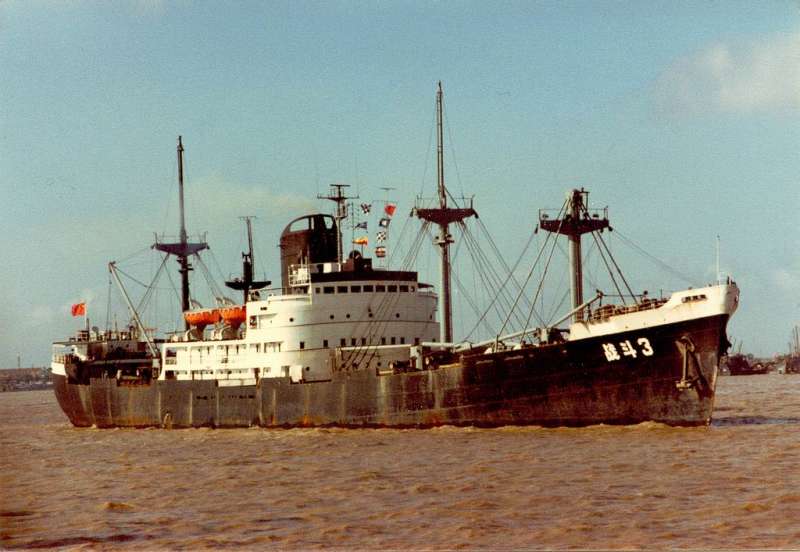 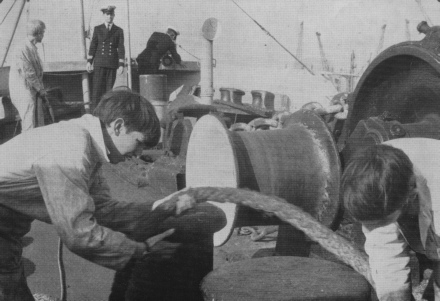 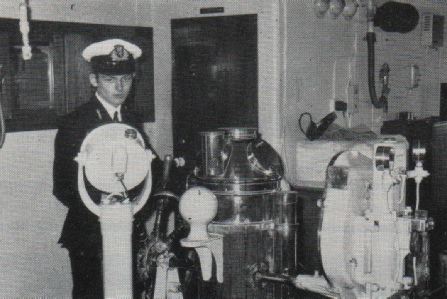 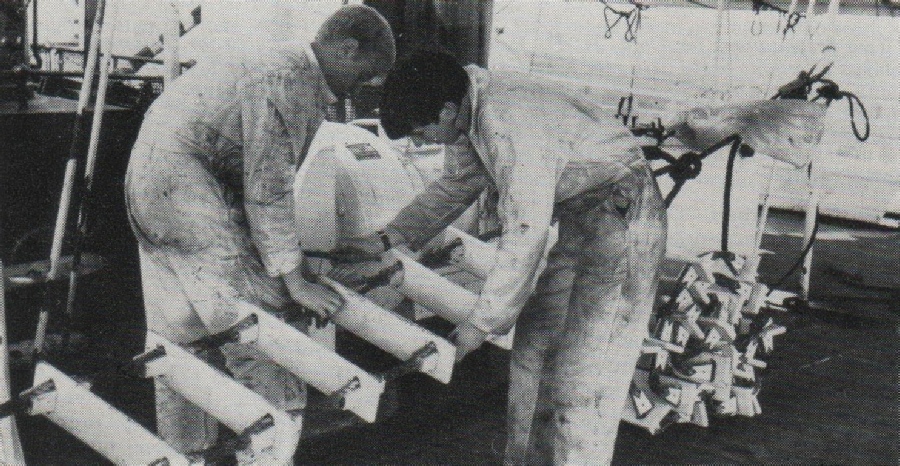 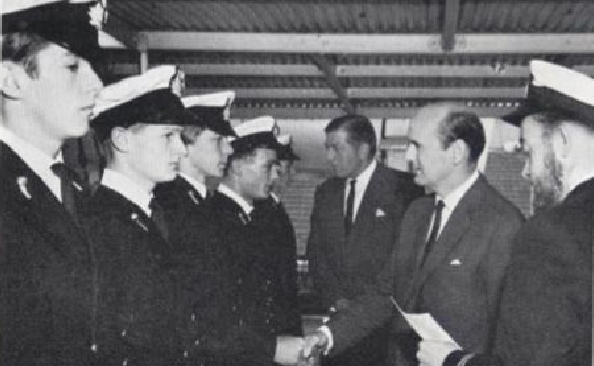 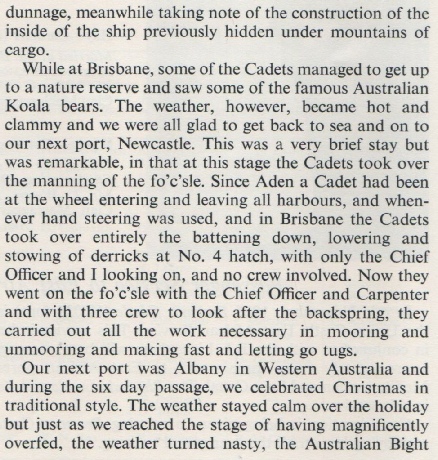 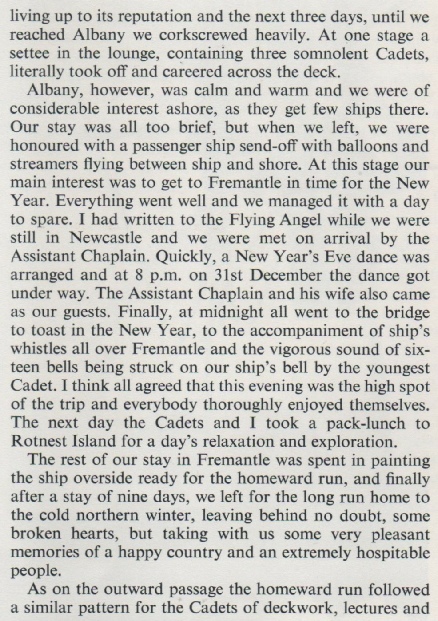 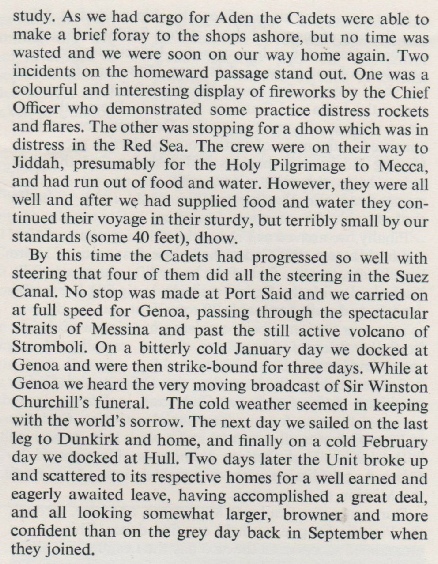 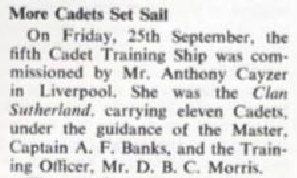 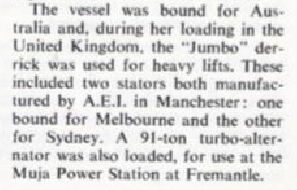 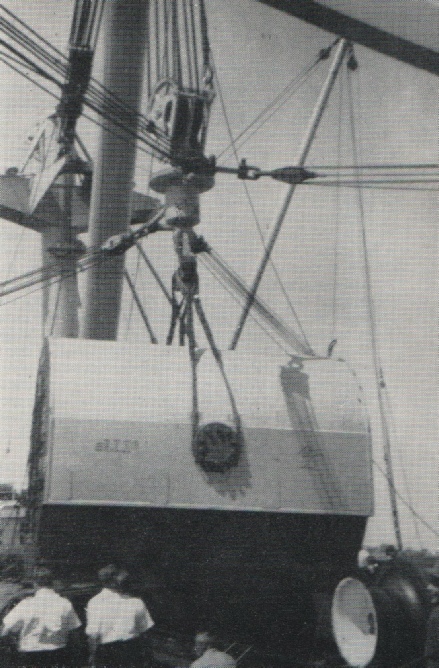 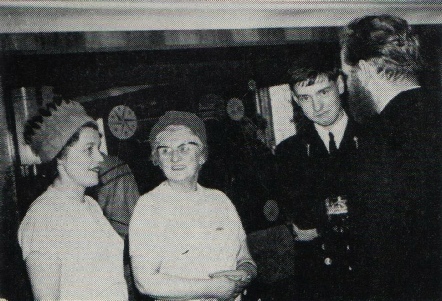 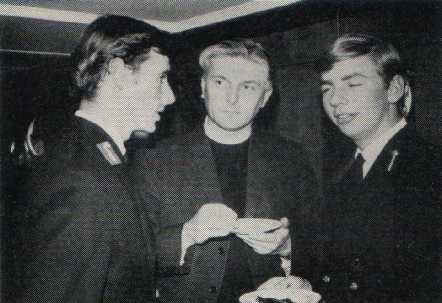 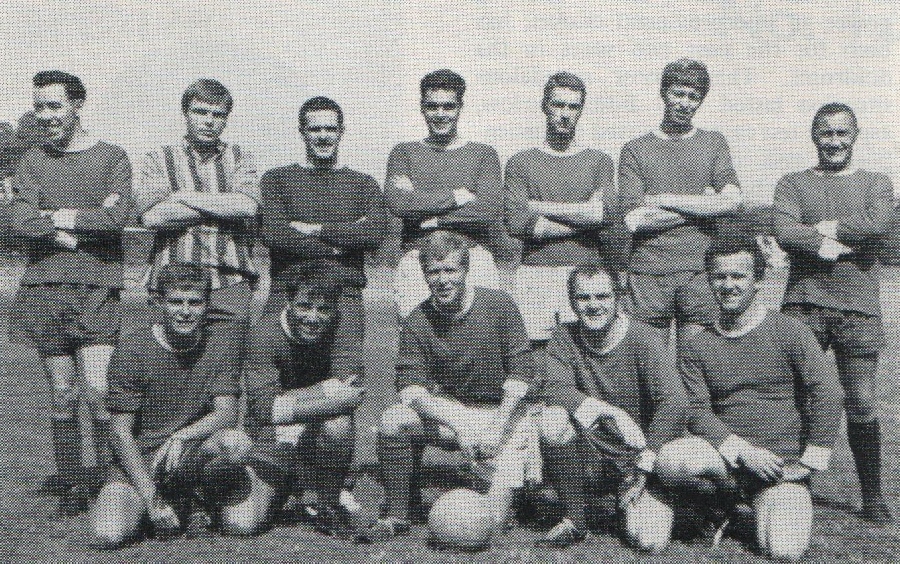 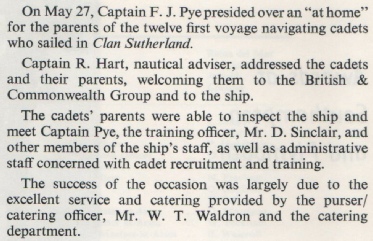 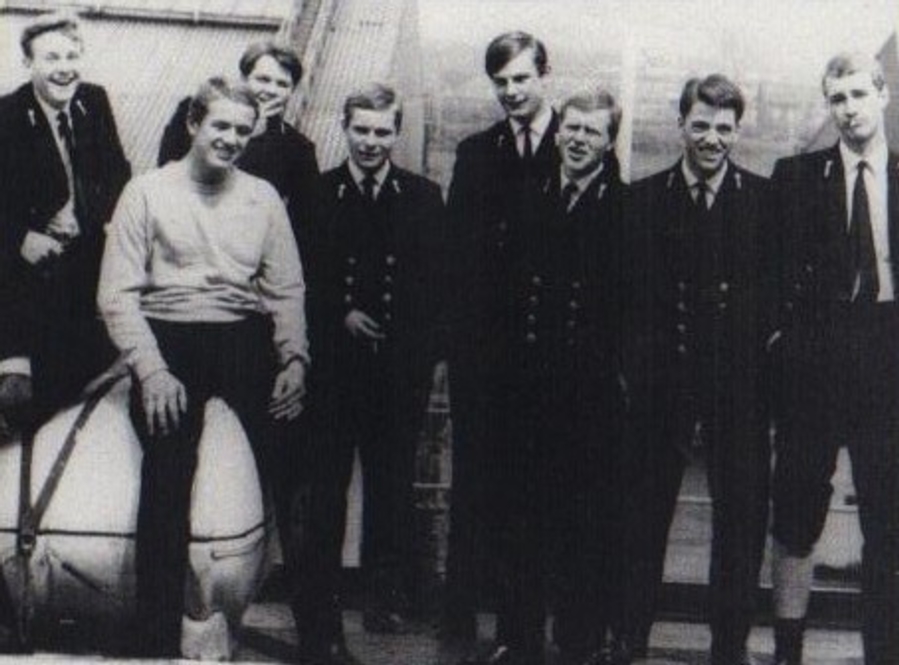 The photo was taken on a quiet Sunday in King George Dock London in May 1969.

Present from right to left are 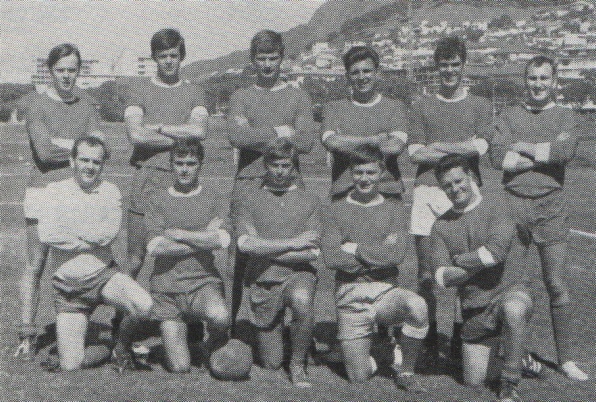 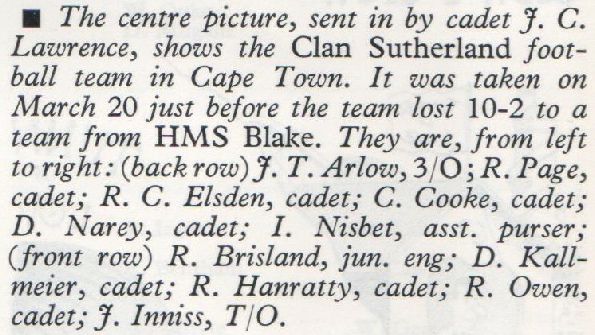 1 day to rig the big Derrick, 1 day to unrig. Maybe all for one lift.

Rigging nuts outboard at the aft end of the forecastle. Two men to carry the spanner, then one flat heave, change to the other side of the forecastle, one flat heave there then back again. Had to use the windlass for heaving. If the port and starboard forestays were not exactly evenly tensioned then one bent mast. Ship would heel about 25 degree's with a very heavy lift.

All cargo stopped at hatches one and two for the full duration of the exercise, usually 3-4 days. Other work stopped during actual lifts due to list.

Fun for Chippy, Crew, Cadets and Chief Officers, also 2nd & 3rd  Mates constantly checking the stability calculations on the Rallston and by hand.

Captains usually managed to be ashore.