A number of transfers then took place between the component companies. They formed the Springbok Shipping Company in 1959 to take over the operations of their South African services, and several of the Clan Lines' ships were transferred to it.

In 1961 the Springbok Shipping Company became part of Safmarine.

In late 1970 British & Commonwealth sold BUA along with three new BAC One-Eleven 500 aircraft it had leased to the airline to Caledonian Airways for £12m. It continued to own BUIA, which had changed its name to British Island Airways (BIA) in July 1970.

In the 1970s, British and Commonwealth began to diversify into financial services as passenger shipping declined and cargo shipping evolved into container shipping.

The Clan Line, now a subsidiary of British & Commonwealth, ceased trading in 1981 with the final voyage made by Clan MacGregor.

By 1986 British & Commonwealth had disposed of their last ship.

By the mid-1980s, the business had evolved into one of the country’s largest financial services companies.

In the 1980s, new management under John Gunn oversaw rapid expansion in financial services. This wasn't a totally new area for the company: it had established fund managers Gartmore in 1969. Multiple acquisitions included Exco International, a UK money brokering business in 1986, and Oppenheimer, a large American fund management company.

At its height, the company was said to be "the largest financial services company in the UK, if the 4 high-street banks are excluded". Favourable profiles in the business press culminated in John Gunn being awarded the accolade "Guardian Young Businessman Of The Year".

With the move from the third to the fourth generation of the Cayzer family, the family shareholders were becoming increasingly uncomfortable with the reduction in control over British and Commonwealth, caused by its expansion using shares as currency.

In 1987 they decided to sell their stake in British and Commonwealth and to concentrate their collective investment in Caledonia Investments, whose function until that time had primarily been as a holding company.  The company still exists today and has two members of the Cayzer family on the board. This was a timely decision: the sale took place just prior to the Black Monday stock market crash and two years later, British & Commonwealth went into receivership.

In 1988 British & Commonwealth acquired Atlantic Computers plc, a computer services business for £434m, having first built up a stake in that company by way of a series of market purchases. The acquisition proved ruinous – "accounting irregularities" were discovered in Atlantic's books: the company had been giving away free computer time to clients, but writing up said time as if paid for at the market rate.

Both acquirer and acquired subsequently went into administration (the former in 1990, the latter during the late 1990s)

Until its collapse, British & Commonwealth had also been the majority shareholder of Air UK, at the time the UK's largest regional airline and BIA's successor, and also Servisair the airline and cargo ground handling company based, at the time, in Bramhall.

The last few years of British & Commonwealth are a nightmare to investigate as companies that were active changed their names, others that had been inactive for a number of years were re-activated.

Cayzer, Irvine and Co., were the managers for all ships in the British & Commonwealth Group shipping companies and had been managers of the Clan Line and their associates before B&C was formed.

In 1980 Cayzer Irvine & Company Limited ceased management of the ships.

The formerly dormant Turnbull Martin & Company was restyled as Cayzer, Irvine Shipping Limited and assumed management of all group and non group ships.

On the 20th of October 1986, this company was restyled as CI Shipping and became more involved with reefer management and working closely with Safmarine managed a number of ships for them.

Later this company was rebranded as London Ship Managers and as such still trades today.

Described as a “dramatic battle for control” and a “bitter and protracted struggle”.

So complicated were the various manoeuvrings by both sides before the result was achieved that a complete book could be written on this struggle for power by two great shipping lines, but the author would have to possess an expert and detailed knowledge of the higher realms of finance.

Viewed by a mere layman, it was a fight extended over ten rounds.

Round 3:  October 14th 1955 - Union-Castle ordinary shareholders set up a committee “to watch their interests”. 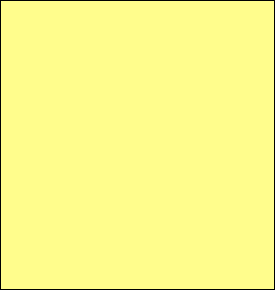 Careers with B & C 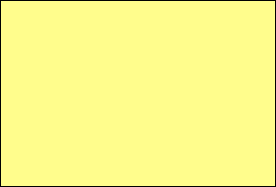 The Evolution of The British & Commonwealth Shipping Company

Round 4:   November 14th 1955 - The Times announced that “full details (seven pages long) of the proposed scheme for the merger of Clan and Union-Castle together with the formal offer of the new holding company, The British and Commonwealth Shipping Company, to acquire the share capitals on an exchange basis” had been forwarded to existing shareholders.

“Today” said Frederick Ellis (Daily Express) “I sympathise with the shareholders of Union-Castle and Clan Lines - for they received documents running into thousands of words - the marriage lines for the proposed wedding of the two companies”.

Round 5:   November 30th 1955 - Certain Union-Castle shareholders sought an injunction to restrain the directors from carrying on with the scheme of amalgamation with Clan Line, alleging that the principle that the company should remain in British control was not sufficiently safe-guarded.

Round 7:   Early December 1955 - An Extraordinary General Meeting called for January 5th 1956, in a bid to remove the Union-Castle’s Board.

Frederick Ellis wrote the next day: “In a City office in dingy St Mary Axe, heart of the shipping industry, one of the biggest merger struggles ended peacefully last night over cups of tea…..”

Round 9:   January 5th 1956 - The Extraordinary General Meeting was duly held. Some 200 Union-Castle shareholders learned formally that opposition to the proposed merger had been withdrawn following the increased offer to ordinary shareholders.

Round 10:   February 2nd 1956 - Financial Times reported that the Directors of British & Commonwealth Shipping Company has announced that by close of business on January 31st acceptances of the November offer has been received from the holders of over 90 per cent of the issued capital of Union-Castle Line.

Clan Win By A Knockout

It was said that the Cayzers had waited nearly thirty years for this moment. Sir Vernon Thomson would, of course, have shown them the door had they suggest such a thing to him.

Ironically it was another Thomson who played a major part in gaining control of Union-Castle - James A Thomson CA - the Clan Line’s financial director. He was almost certainly the principal author of the complex merger scheme. “But such things are Thomson’s pride and joy,” the London Evening Standard City Page commented at the time. The report went on:

“Four years ago this modest, diffident Scot produced the toughest share plan the City has ever seen.”

“It brought the Cayzer shipping family £5,000,000 of marketable shares, yet still left them in control of the Clan Line shipping business.”

“That plan took Thomson 18 months to think out and it needed 14 close-printed pages to explain, but very few in the City really grasped its intricacies.”

“In fact, it was said that Thomson was the only man who understood them. And that, it seemed, included the Cayzers too, for soon afterwards they put him on the Clan Line board.”

On May 3rd 1956, to, surely, the surprise of nobody, Sir George Christopher resigned as chairman of Union-Castle Line. In just over three years he had gained and lost a veritable empire.

Lord Rotherwick immediately took over as Union-Castle chairman and his nephew, Sir Nicholas Cayzer, became deputy chairman of both British & Commonwealth and Union-Castle.

Just over three weeks later exciting plans for the future of the Union-Castle passenger service were announced.

Firstly it was revealed that negotiations were already in progress with shipbuilders Harland and Wolff of Belfast to “alter, improve and enlarge” the Pendennis Castle, the new mailship reluctantly ordered by Sir George Christopher in March 1955.

Secondly, two new mailships were to be built, the order being worth over £15million.

In mid-August 1956, further details were revealed not only of the improvements being made in Pendennis Castle but also the first of the new mailships - “a new super liner”.

Voyages with B & C

The Fleet at the Time of the Merger

at The British Merchant Navy - Old Friends Plus web site.