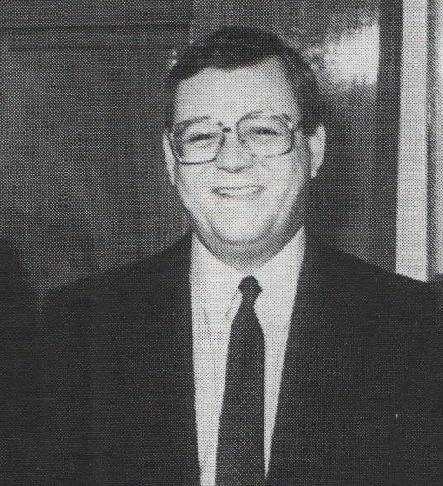 Ten years ago John Gunn was a ruined man. He was blamed for one of the largest financial disasters in British company history, the government was trying to ban him from being a director and his name was mud in the City.

Now aged 59, he has homes in Geneva, California and London, a contacts book bulging with people who want to do business with him and he has defeated the government’s attempt to blackball him, clearing his name into the bargain. Meanwhile, the man who tried to strike him off, former Department of Trade and Industry (DTI) minister Neil Hamilton, is himself in rather dire straits.

The experience has shaped Gunn’s views and he is not a man who pulls his punches. ‘There are lots of low quality people in politics. Just look at the DTI. You wouldn’t notice if it wasn’t there,’ he barks. ‘There are probably about three to four people with any ability’.

To know the real John Gunn, you have to appreciate what he’s been through. A high flier in the world of finance, he was recruited by the blue-blooded Cayzer shipping and banking dynasty to run their British & Commonwealth empire. At the time he was renowned for his success in building businesses like money-broker Exco.

Gunn continued to work his magic at B&C with a series of quickfire acquisitions. But the train came crashing to a halt when a £500 million black hole was found in the accounts of Atlantic Computers, a leasing company Gunn had just bought for B&C. The economy was diving into recession and the stockmarket was in turmoil so B&C's bankers pulled the plug on the £1.4 billion company.

‘There was no way you could have spotted it yourself,’ says Gunn, about the black hole. ‘We had a good merchant banker and accountant who could have blown the whistle ... they didn't spot it.’

The DTI saw it differently and started an inquiry into the actions of Gunn and other B&C directors. The wheels of justice moved so slowly it took Gunn eight years to clear his name.

A keen sportsman – skiing and cricket are among his passions – with a robust air about him, Gunn vents his opinions in the plainest words. Lawmakers get both barrels from Gunn who can barely think of a single MP he has any respect for and would happily be shot of the lot of them. ‘The government interferes too much. I’d pay MPs £200,000 a year each to stay away from Parliament,’ he says.

This maverick perspective has shaped Gunn’s investment strategy. You will not find him investing too often in the heavily regulated quoted companies; he prefers the more Wild West world of venture capital. Only about 5% of his money goes into listed companies. ‘I am not very good at quoted companies,’ he says.

Over recent years he has built a reputation for spotting, and more importantly commercialising, inventions that have the potential to seriously benefit both society at large and his bank balance.

‘The reason I back a company comes from an appreciation of a major trend,’ Gunn says, ‘We're all green now, we all want technology to create a better environment. So let’s look for things to make my life, my kids’ life and the lives of my grandkids better.’ He calls this his ‘intellectual do-goodery’.

An example is Turbo Genset (TGN), which before recent stockmarket falls had made Gunn a startling 13,000% return, on paper at least. The company was set up after Gunn heard some boffins had come up with an idea for making more cost efficient and environmentally friendly power generators. He backed the idea with hard cash and to date the risky venture is going well.

Other recent investments include SRS Technology (SGY), which makes a remote control that can operate any electrical appliance and is aimed at the seriously immobile. He also backed a firm called Pursuit Dynamics (PDX) that is developing a cleaner, more efficient jet engine for boats.

Even though all three companies are now publicly quoted, Gunn has not cashed in. He likes to play a long game.

What makes Gunn’s progressive investment strategy more successful than most with a pile of cash and good intentions is his contact book. People play a major role in Gunn's work and philosophy and he relies on the favour network.

‘There is a lot of goodwill around if you are prepared to use it fairly and properly,' he says. Among his business friends are Mark Horrocks, manager of the Intrinsic Value (ITV) investment company.

Another, is Kevin Doyle the pugnacious Scottish pubs tycoon and an investor in Ludgate 181, one of Gunn’s main investment vehicles. (The other one is the family venture capital firm Scheidegg, named after a favourite ski resort).

There is also a strong social side to Gunn’s investment strategy. ‘We try to deal with people who not only have good ideas but are people we like. It is good to know someone and to know what they are like and to be comfortable with that,’ he says.

The close relationships Gunn has with his companies provides him with a kind of extended family. ‘I think my success is because I spend a lot of time with management. It is like with my own children. You try to create a climate where there is an adult discussion about any situation. You don’t want them to make all the same mistakes you have.’

The B&C affair still looms large in Gunn’s mind. On one level he remains furious about what happened. ‘The DTI accused me of something I hadn’t done and then put out a report which was more fiction than fact,’ he says. ‘A lot of false statements were made by people covering their own backsides. I was the scapegoat.’

But Gunn also appreciates the lessons he learned from the debacle, which still serve him well today. ‘You need to go through that cathartic experience of really screwing up,’ he admits. ‘Fundamentally I am a lucky man.’