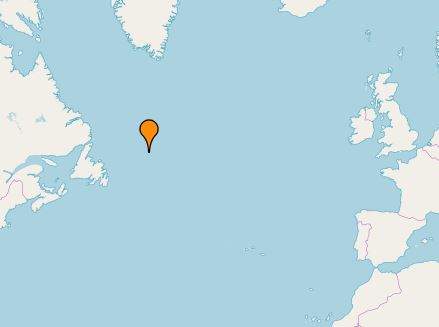 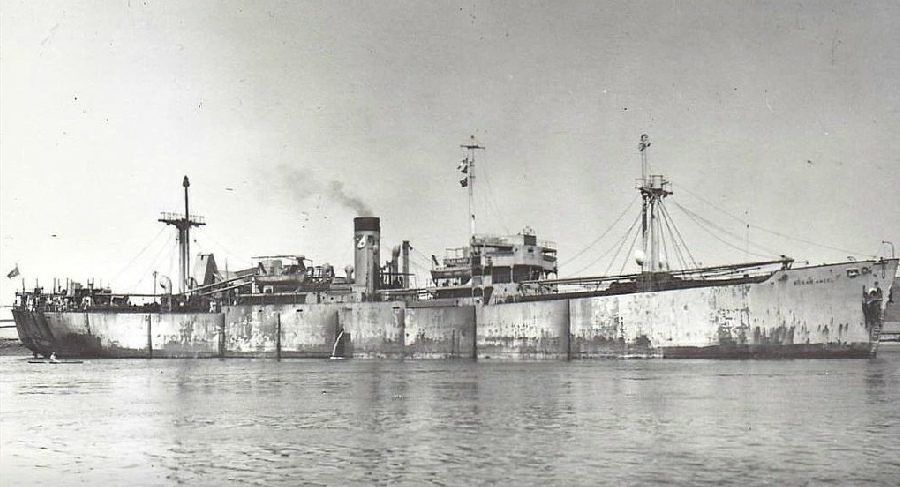 A typical “Ocean” type vessel as built by Todd-Bath

Completed in November 1942 for Ministry of War Transport (MoWT)

At 16.57 hours on 26 November 1942 the unescorted Ocean Crusader (Master Ellis Wynne Parry) on her maiden voyage was hit on the port side fore and amidships by two of three G7e torpedoes fired by U-262 about 330 miles northeast of St. John’s, Newfoundland.

The ship was a straggler from station #114 in convoy HX-216 owing to stress of heavy weather in 50°N/47°W during the night of 25 November and was apparently heading for St. John’s when spotted and attacked by the U-boat in dense fog.

The Germans observed how the ship stopped after being hit, fired two flares and slowly settled by the bow. Heavy seas with a high swell prevented the use of the deck gun, so they tried to sink the ship by firing their last torpedo, but it missed. U-262 left the area after half an hour when Ocean Crusader was seen to be down by the head with the rudder and screw out of the water.

Her radio operator had managed to send a distress signal, but no survivors were ever found.

The master, 44 crew members and five gunners were lost.