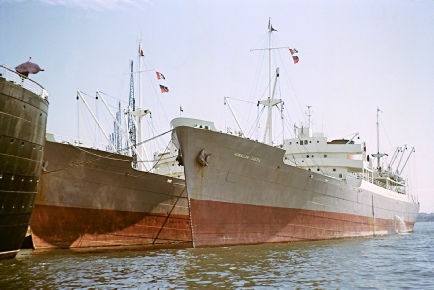 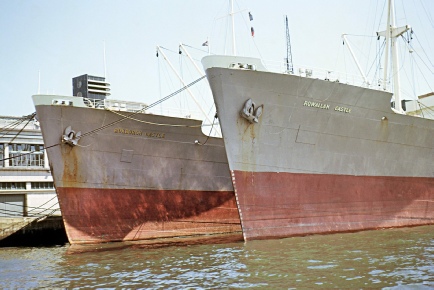 Had a great time looking after the mail boats during the strike and we used to eat at the Union-Castle office canteen. Had such a good time that when I was sent on leave I stayed until the marine supt told me to go home after an extra week! Happy days!!!

I was there as well Brian. We used to sleep on Windsor as she had the TV. I came in on the last ship to arrive, Capetown Castle, we followed Windsor up Southampton Water, she went first as she was carrying mail and she was Windsor Castle.

I was on several but liked the J/2/O's cabin on the Reina best! Don't remember TV on board any of them but could be the old grey cells! I came in on the Roxburgh Castle on 28th May.

It was put on Windsor Castle as she had the highest mast for the aerial. Breakfast in the office canteen. But I cannot remember what we did the rest of the time. Nothing I expect.

Apart from doing a patrol now and again and checking moorings all we did was party!

I remember doing fire patrol and going to the bridge to sign the book then getting my head down for a few hours sleep! In the evenings we took it in turns to get fish and chips from somewhere near the docks. Happy days! Sadly the seamen's strike in 1966 contributed to the downfall of British merchant shipping, along with the oil crisis and the advent of the Jumbo Jet.

The Seamen’s Strike in 1966 was a wonderful time for ship enthusiasts in most UK ports but Southampton in particular.

One by one the mail ships arrived, as did the fruit ships. Up and down the quays of Southampton the lavender hull could be seen everywhere.

Accompanied by most of the merchant navy’s largest passenger fleets Southampton was a splendid sight.

Many of the company’s officers were assigned to stand-by the ships to ensure their safety and to keep them ready for a resumption of service.

You may think that such a duty would be a bit on the dull side, not a bit of it. I think most of us who served had a memorable time.

This page will recount some of their experiences.

Most of the remaining group vessels (Clan Line et al) were unaffected by the strike as they carried foreign crews. 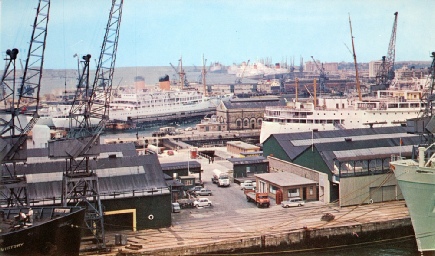 Looking towards the Western Docks, many Union-Castle ships there 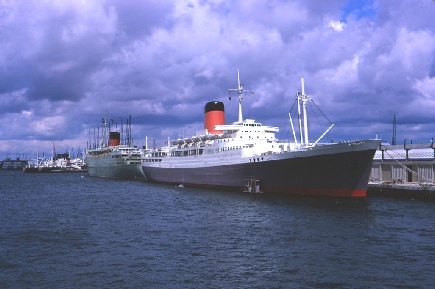 Pendennis Castle taking the opportunity for a repaint 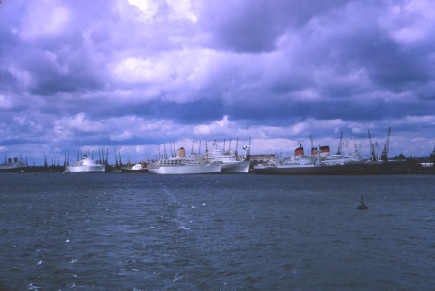 A wonderful view of the Western Docks. 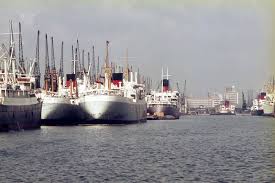 In London’s King George V Dock, One of the Intermediates berthed second off ahead of two Port Line vessels 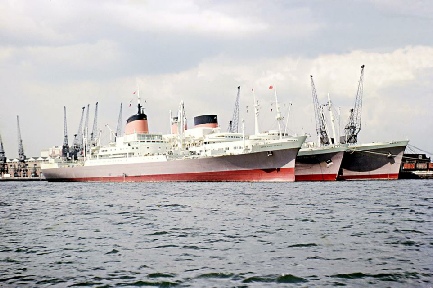 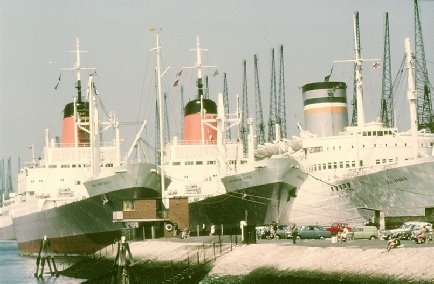 Early July 1966, after the floodgates opened and the fleet started to get back on schedule. Must be Windsor Castle hiding behind, she sailed 8th July I think, Edinburgh Castle having left first on the 4th July.

Lucky for Union-Castle, the strike lasted 47 days, her fleet turnaround 49 days so each Mail ship just lost one complete voyage.

Windsor Castle left early to do a quickie to and from Cape Town, to get back to her normal dates.

All others followed in order - SA Vaal, Pendennis Castle, Good Hope Castle, SA Oranje, then Southampton Castle after Windsor Castle’s 2nd trip, hence the order of the three on Berth 101. 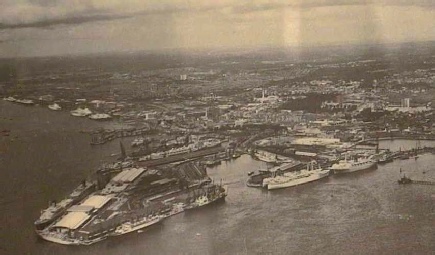 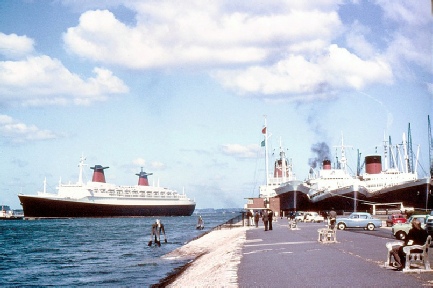 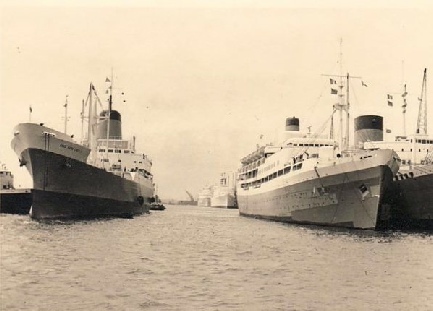 Good Hope Castle being manoevered alongside Reina Del Mar and Edinburgh Castle. SA Vaal can be seen astern of these three.