Commodore of the Union Line,  Captain Travers oversaw the construction of the Scot before taking command.

In 1893 he left the Union Line and took a command with the Castle Line in a fit of pique when he was passed over for the Southampton Superintendent's post for a master junior to him.

This as events told, was an unfortunate move.

Without question one of the charismatic masters of the day he ended his career in personal tragedy as he was master of the R.M.S. Tantallon Castle when she ran aground on Robben Island off Cape Town in thick fog on May 7th 1901 and was a total loss.

Captain Travers had his master's certificate suspended for six months.

A somewhat sad portrait of Captain Travers is given by one of the Tantallon Castle's passengers Nurse Nottage in a letter home:- 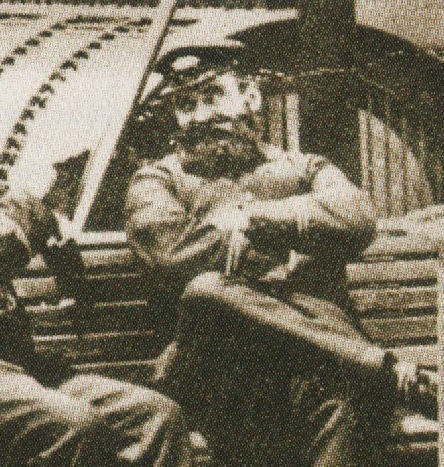 'The next thing I saw was the poor Captain on the bridge, flinging his arms about, looking agonies, and with that, the electric bells down to the engine room. Immediately, everyone rushed for the side of the ship, more to see what was up than with any thought of danger............The engines were reversed, but to no purpose.   She would not move. ...........Everyone shows the greatest sympathy for the Captain.   He is getting old now, and to think this should have happened after all his experience is too dreadful........'

Captain Travers's fate was that of all other masters who lost their ships.   No matter what their previous record, no matter how popular with the public, they were dismissed from the company, most never to sail again.