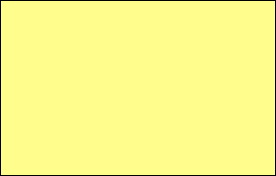 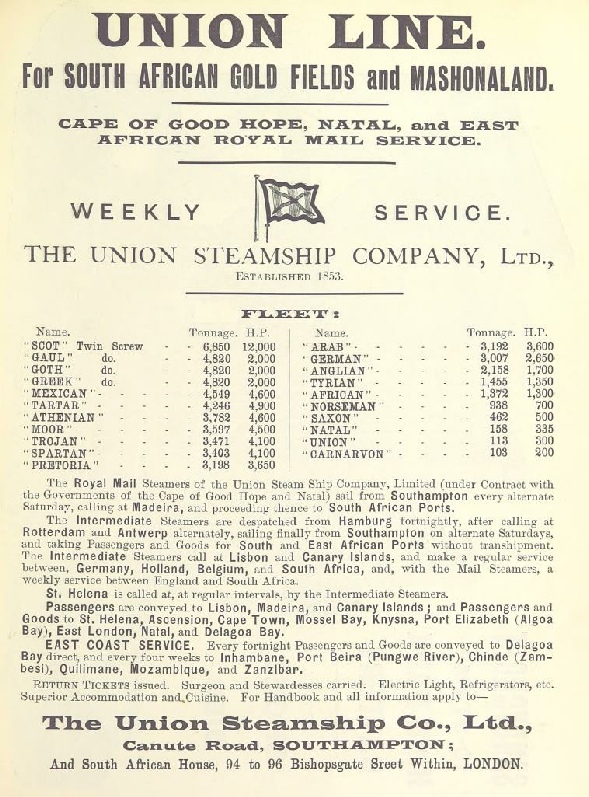 Formed in 1853 by Arthur Anderson as a steam collier company  named the Union Steam Shipping Co to bring coal from South Wales to Southampton for P & O.

It is a curious and happy coincidence that this name should have been chosen more than half a century before the Union of South Africa came into being.

The flleet consisted of five small ships ranging from 336 to 530 tons and it was intended that they should trade as coal carriers. The outbreak of war with Russia in the Crimea led to their ships being chartered by the British and French Governments. When the vessels were eventually returned to their owners the Directors decided to abandon the collier business to concentrate on carrying freight and at the end of 1856 the company was registered as The Union Steamship Co Ltd. From these small beginnings the Union-Castle Line developed to become one of the premier liner companies of the world.

Lindsay’s South African Line, which had carried mails between England and Cape Town failed in 1857 and in consequence the Union Line secured the new mail contract. The Union Line undertook, at an annual subsidy of  £33,000, to provide, for five years, monthly sailings between England and the Cape. The voyage had to be accomplished in forty-two days and the vessels employed were to be not less than 530 tons.

First Mail Sailing - RMS Dane left England on 15 September 1857, three days after the contract was signed, carrying six passengers and a small cargo. In her holds were the Cape Mails and the sailing of this little ship marked the entry of the Union Line among the world’s great ocean mail companies.

On 29 October Dane anchored in Table Bay  and began the Company’s close association with the people of South Africa, this association would last for a further 120 years. During this first voyage to the Cape and back Dane earned £892 in freight and £818 in passage money. Her coal consumption for the round voyage was 734 tons.

Gradually larger vessels took their place in the Mail Service and RMS Cambrian of 1860 was the first vessel to exceed 1,000 tons.

For many years the Mail Steamers turned round at Cape Town and passengers and cargo were carried on to the coast ports in smaller vessels.