Edward Collins Martyn went to sea as an apprentice in 1931 and married in 1941.

After surviving the sinking of St. Usk he continued to serve as chief officer for the South American Saint Line and later promoted Master, mostly sailing on the motor vessel St. Essylt.

After the Saint Line was closed around 1965 he commanded various ships of B&C until he retired.

I've picked up a link to your website by 'googling' my father, Edward Collins Martyn (as I do from time to time). You have some useful information there regarding his career. I've pondered a bit about what or whether I want to provide some more information which would be of interest yet not too personal.

I have decided to offer the attached image of the menu for the farewell lunch aboard the St Essylt.

This was attached to the rear of a framed picture which also came from the ship, and it wasn't until I removed it for better preservation that I discovered that it is signed on the back by all the officers present. Perhaps the list of signatures will spark a memory or two amongst other visitors to your site.

I can also add that his first command as Master was the Withrow Park, in January 1947 and until at least the end of that year.

Pleased to hear that the menu was of interest. Most of the signatures would have put a doctor to shame and I find them very hard to make out.

With regards to pictures then of course I have several, but picking the most appropriate one is a problem. It would be nice to send one of him in uniform, but the more recent of such are all showing him in a group and not looking at the camera. I've therefore attached a passport photo from the 1950s  which has him much as he was through to retirement so may spark a memory with someone. Earlier shots of him much younger and slimmer would probably not.

I've also attached his rough log from the St Usk lifeboat voyage, which may be of historic interest to someone. It's just about legible, but I have a transcript if you want that also. It was written in pencil and amended in ink after the voyage where necessary. 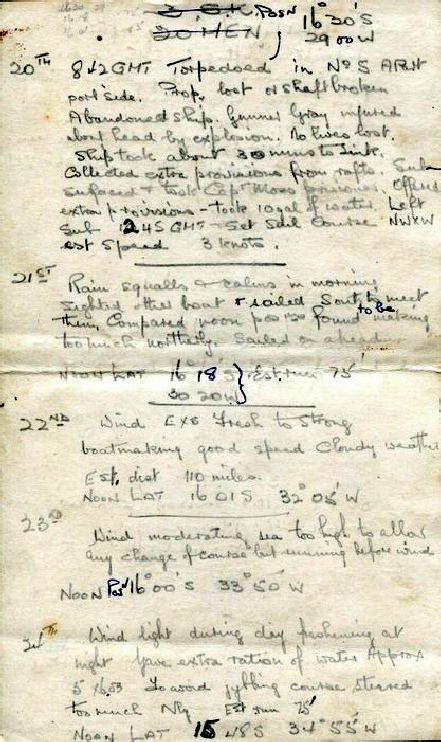 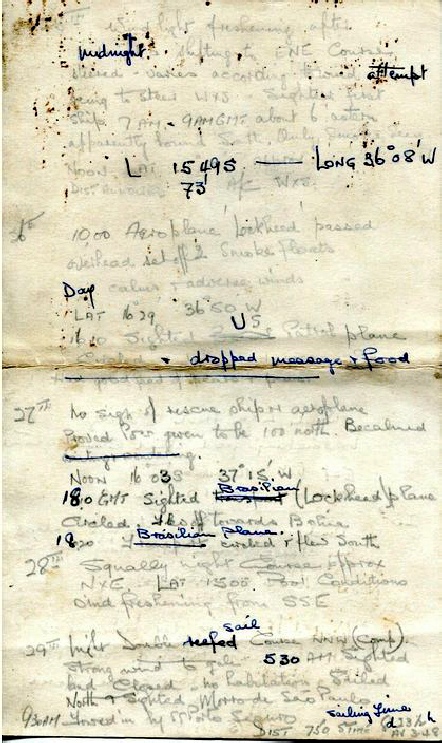 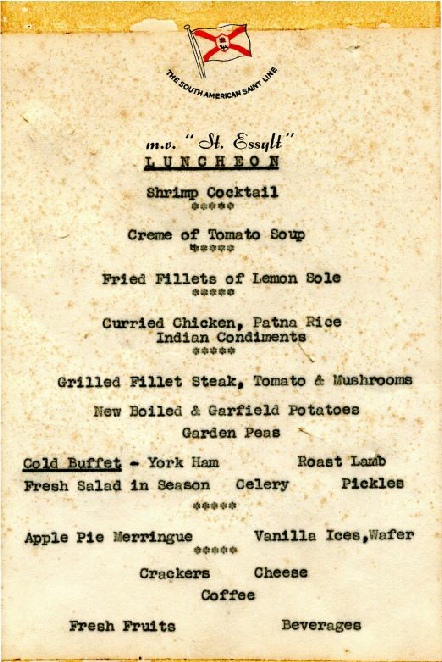 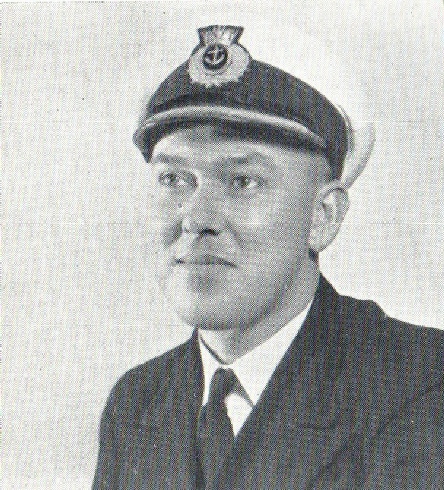 Torpedoed in No 5 after part on port side. Propeller lost or shaft broken.

Ship took about 30 minutes to sink.

21st  Rain squalls & calms in morning. Sighted another boat and sailed South to meet them.  Compared noon position, found to be making too much northerly. Sailed on ahead.

23rd Wind moderating, sea too high to allow any change of course but running before the wind.

1610 Sighted US patrol plane, circled and dropped message and food.

Proved position given to to 100 miles north. Becalmed 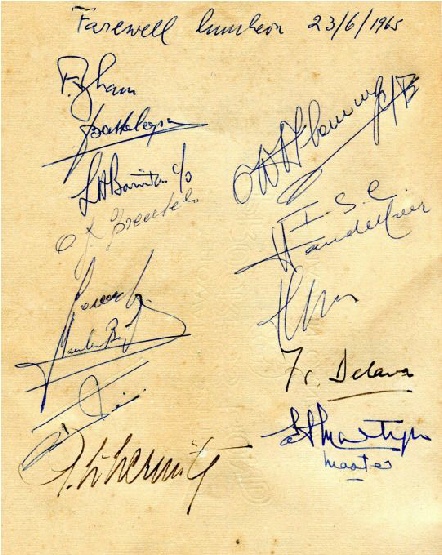