One of two 'R' class reefers, much of her career with British & Commonwealth was managed by the Clan Line's, Cayzer, Irvine & Co. of London.

In 1975 she was sold to Sea Fortune Shipping Co. of Monrovia and renamed Sea Fortune and in 1980 became the Silver Bays owned by Barbridge Shipping Ltd of Liberia.

My first ship as Second Officer, I always thought I was a bit lucky to get a reasonably new ship just after promotion. The voyage was a 9 month double header.

At the subsequent enquiry the car owner was asked about his observance, or lack thereof, of the Rules of The Road. In his defence he stated that he "flashed his lights" and "tooted his horn".

The Rotherwick Castle was cleared of all blame! 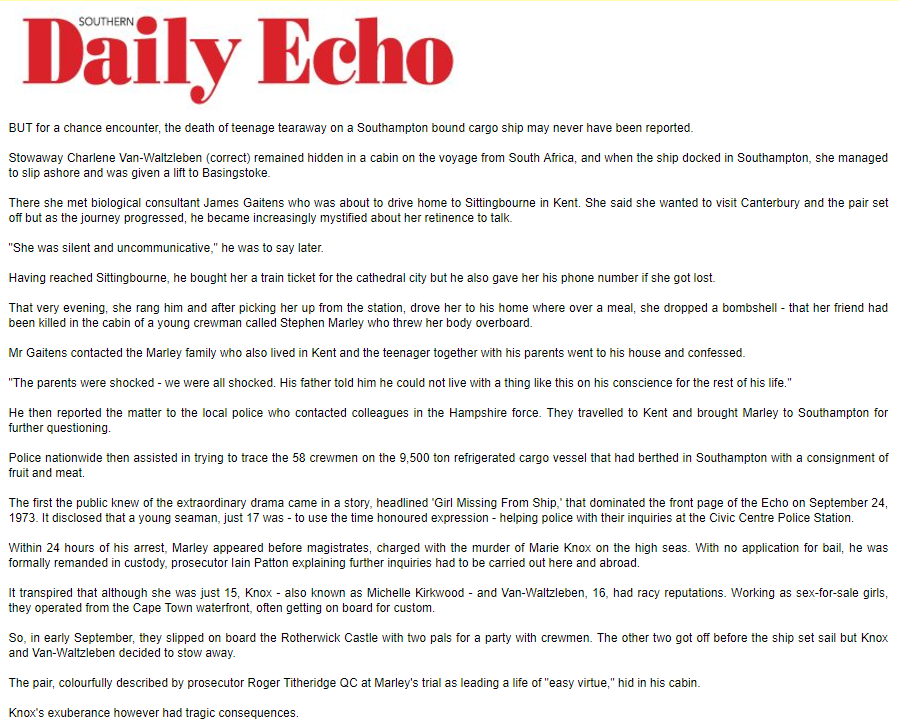 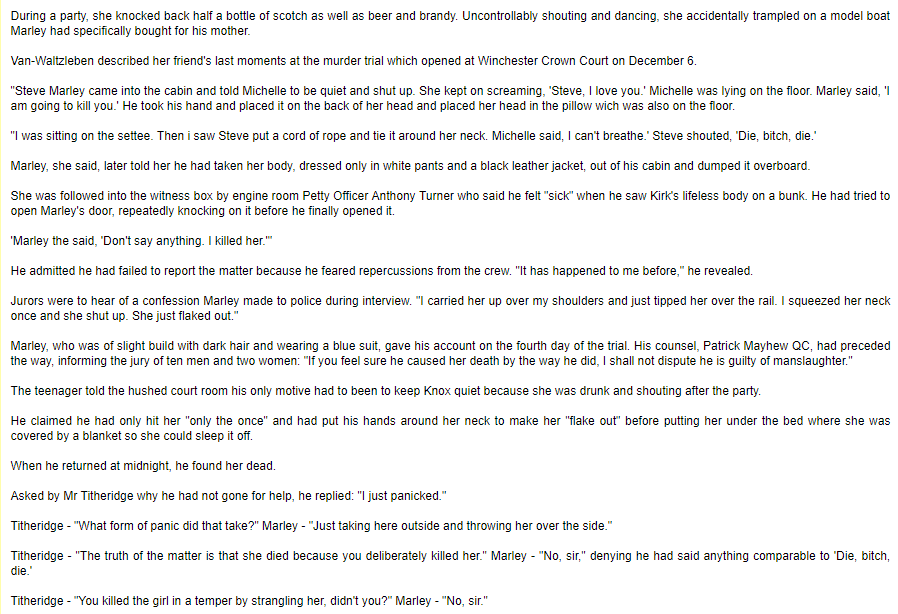 As Sea Fortune but still in Union-Castle colours 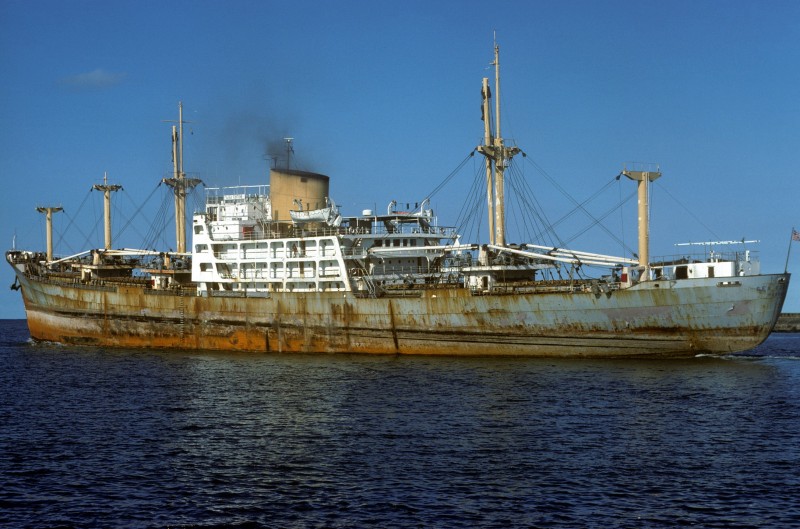 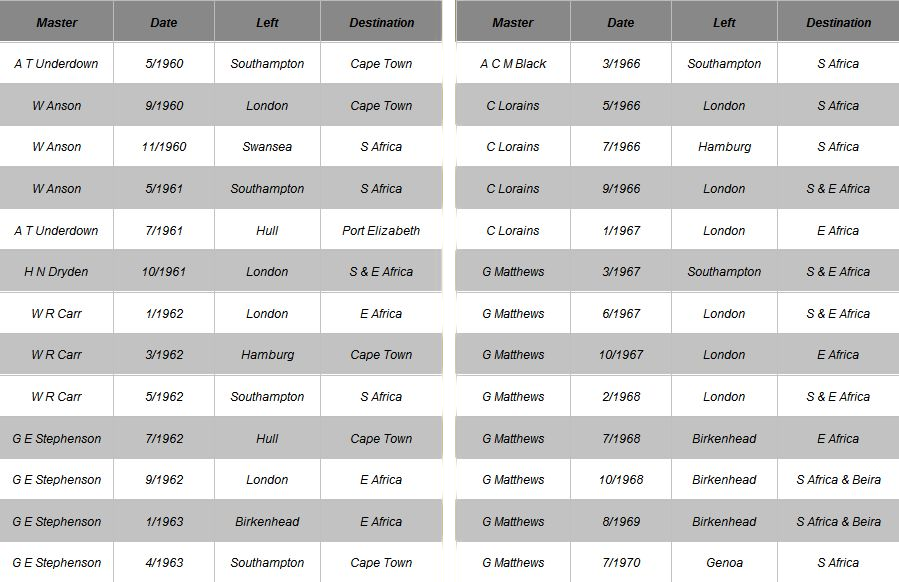 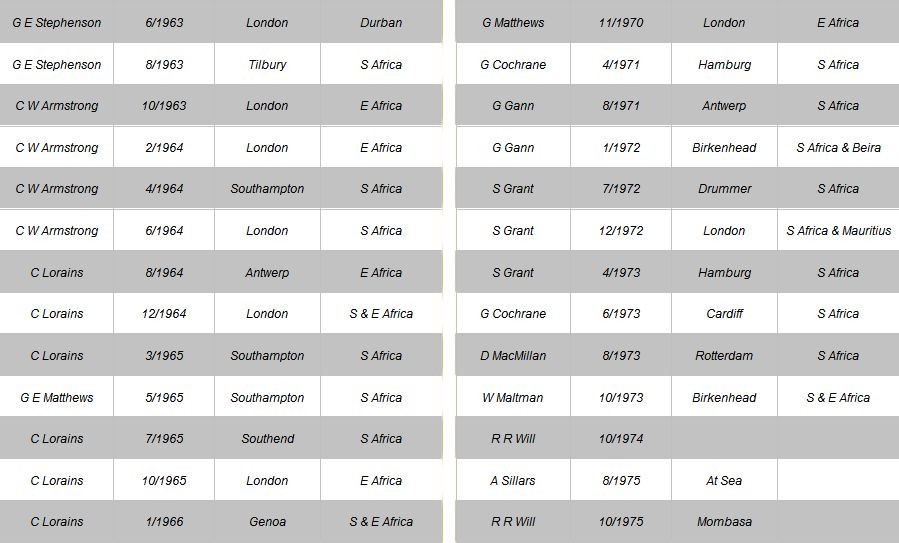 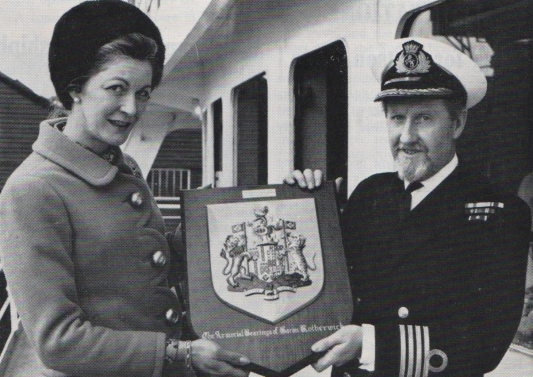 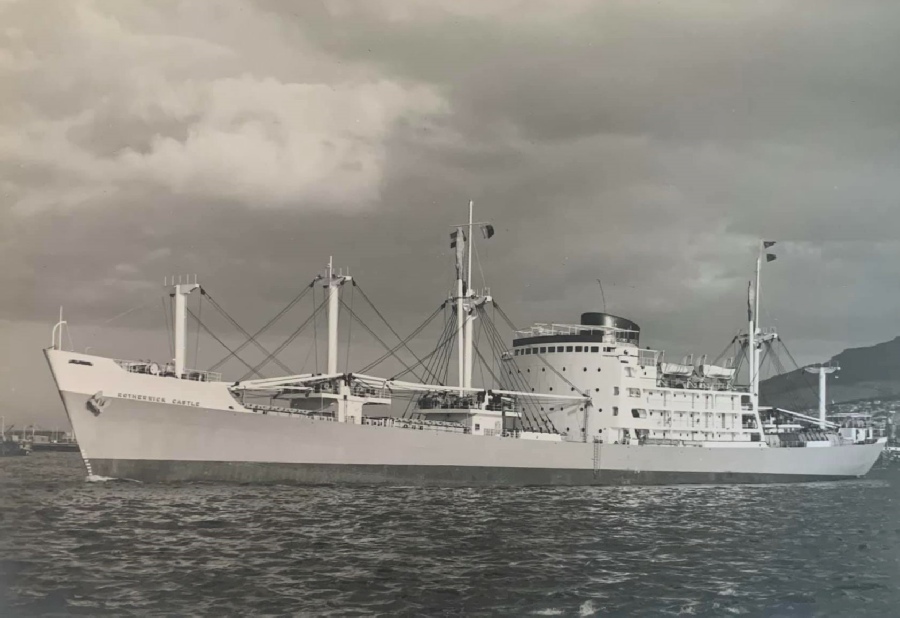 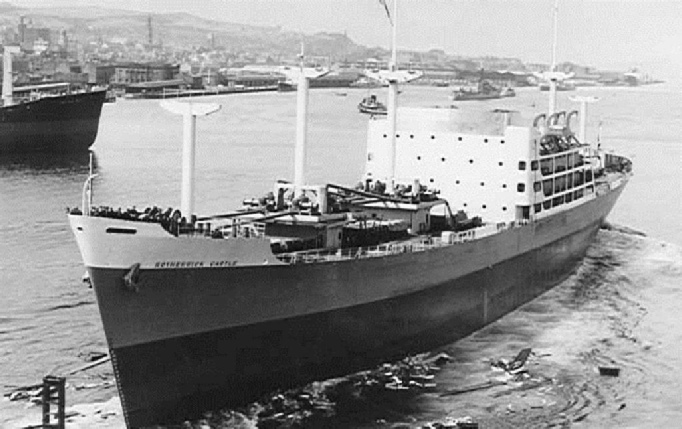 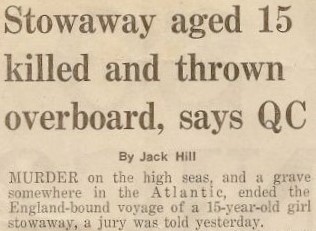 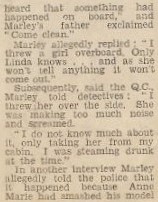 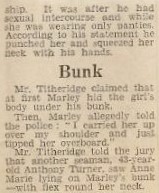 This is not the vehicle concerned but included for illustration