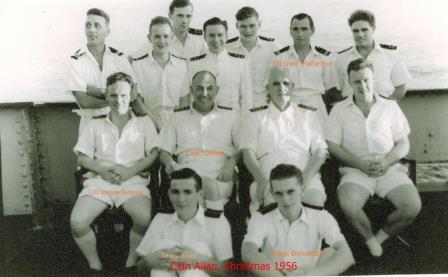 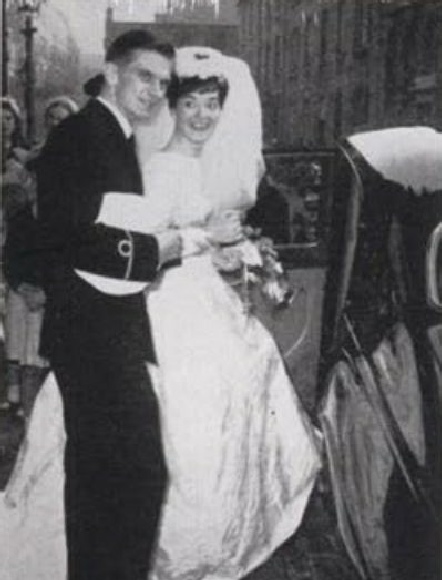 As I get older and I suppose like many others I find myself taking a nostalgic look back in time. In my case it was after I read a magazine article concerning a cadet joining the “Clan Macquarrie” in the 1940’s and the similarities prompted me to think about my first ship in 1956.

After one year pre-sea at Warsash I arrived at Tilbury in September 1956 to join ss “Clan Allan” as a cadet for the home coast prior to a deep sea voyage to the Cape. As was normal we signed articles for two years in which there was allowance for just three weeks annual leave.

The ss “Clan Allan” was a war-time Built steam-ship with few considerations for creature comforts for the crew of 14 officers/ cadets and about 56 Indian ratings. For instance, fresh water was from header tanks on each accommodation and it was the cadet’s responsibility to have these filled twice a day. Hot water was obtained by injecting raw steam into the plumbing just above the outlet. Accommodation was basic and there was no such thing as air- conditioning – cooling was by fan and heating by a not very efficient punka-louvre.

Immediately outside the cadet’s cabin was a steam winch which meant that we got little sleep when in port working cargo at night. Catering was limited by the lack of suitable storage for dry and perishable provisions.

At sea the ship would steam at 10 knots only if the wind and sea were from astern. On the bridge things were basic. In the wheelhouse there was a magnetic compass, an engine room telegraph and a 9inch (unreliable) radar with a range of 20 miles and in the chart room, two chronometers, a wet paper echo sounder and a rotating aerial radio direction finder. A far cry from the electronics which are expected on a modern vessel.

Whilst on the home coast at sea and until we had cleared Ushant outward bound, we two cadets were 4 on 4 off watches on the bridge. After that it was day work as required by the Mate. In port amongst other tasks it was the cadet’s responsibility to ensure that the light clusters were as required for cargo work at night.

“Clan Allan” first discharged jute and tea from Chittagong and Calcutta etc. then loaded East Coast UK and Continent for the Cape. After Beira it was light ship to the Malabar Coast to load.

Crossing the Indian Ocean the carpenter and us cadets worked in the now empty holds repairing spar ceiling and generally prepared the holds for receiving cargo. It was hot and sometimes dangerous work considering the condition of the existing sparring and other fittings. What we did would certainly be well outside modern work safe requirements and practices.

This was at the time the Suez Canal was closed so the return trip to Tilbury was via the Cape and took six weeks with bunkers at Durban and Dakar. The amazing thing was that we had left the Indian coast at the same time as the Clan Alpine and we docked at Tilbury on the same tide despite bad weather and fog six weeks later.

I left the ship at Tilbury and after leave I was sent to Glasgow to join the ss “Ayrshire” at Tail o’the Bank for her maiden voyage to South Africa and remained on that ship for 18 months with Captain Peter McMillan and Michael Ure as Mate.

Obtaining my certificates along the way I remained with the company sailing on various Clan/King/Union-Castle/Hector Whaling ships, the last being a double header as Mate on “Clan Maclaren” in 1968/69 after which I was relieving Mate on the Coast until I left the company in 1970 to take up a position as Marine Surveyor in Australia.