Master of the "Llandaff Castle" when, on the 30th November 1942 on a voyage from Dar es Salaam to Durban she was torpedoed and sunk by the German submarine U 177 just short of her destination.

Captain Clutterbuck was appointed Marine Superintendent at Cape Town, and before retirement manager of the London & Southampton Stevedoring Company.

The L & S. S. Co. was, before Union-Castle was absorbed by Clan Line and the formation of British & Commonwealth, Union-Castle's cargo stevedoring department in Southampton & London. 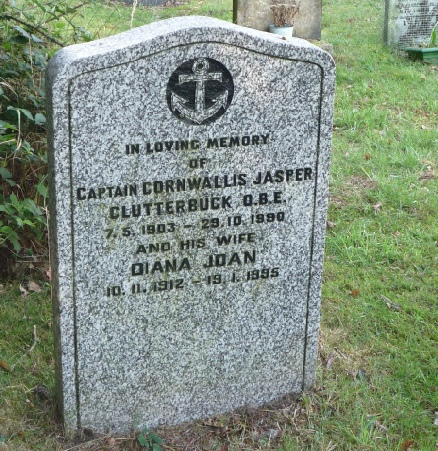