I joined in July 1965 with my newly passed 2nd Class Steam Engineer’s qualification at the age of 23, and until I left in March 1971, last trip as Second Engineer on the SA Vaal, at the age of 29.

In those 6 years I had sailed on 17 different ships, Clan Line 9 ships, Bowaters 1 Ship, Union Castle 6 ships and Safmarine 1 ship.

3 different stints on the SA Vaal, totalling 9 trips. On a return voyage from Cape Town early December 1970 lost a propeller blade from the starboard engine south of the Canary Islands and arrived a day  late in Southampton. 7 continuous trips on the Good Hope Castle, last one as First Engineer, experienced an accommodation fire with loss of life.

Met and worked with many wonderful people which unfortunately are getting fewer and fewer.

From being an Engineer at sea I went on to be a maintenance Engineer, with Shellstar on a Fertilizer complex as the Ammonia Plant Supervisor then moving on the be the Rotating Equipment maintenance supervisor for the site, left after 13 years.

Missed the travelling, became a Field Mechanical Engineer for Air Products, manufacturer of cryogenic gasses, mainly Nitrogen, Oxygen, helium and Hydrogen and equipment, working all over UK and Europe.

Eventually became the UK and Ireland Maintenance Manager, then European maintenance manager with office bases in Ellesmere Port and Rotterdam. Plus refurbishing manager for all Cryo machinery, Europe, Middle East and Africa. 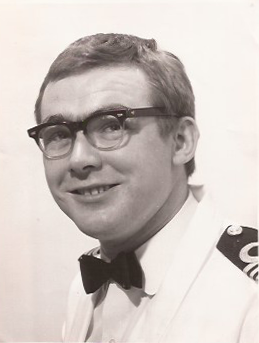