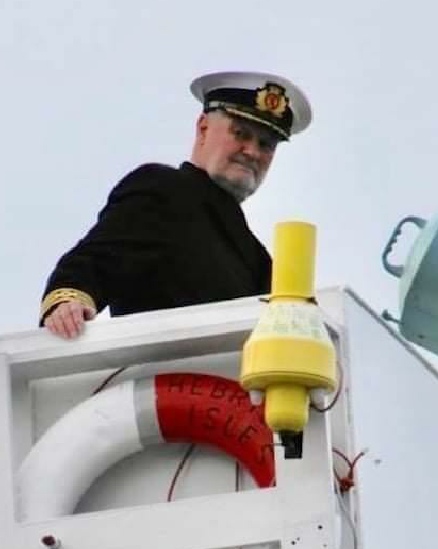 When I signed on with this family Company it comprised over 80 ships owned by the Cayzers in a cluster of subordinate companies.

I will always be grateful for the careful training they gave me across general and refrigerated cargo, tanker and passenger vessels, sailing on vessels of the Clan Line, Hector Whaling Company, Scottish Shire Line, and South African Marine Corp. The fact that the owners took the trouble to meet the newest recruits says a great deal about their dedication to growing their next generation of officers.

I enjoyed a seagoing career of 51 years, beginning in 1964 when the British Merchant Navy was the largest in the world and experiencing a centuries old way of seafaring life which has now vanished from the earth. After 11 years sailing deep sea while climbing the ladder from Cadet to Chief Officer, recently married and seeing the way the wind was blowing for the industry, I joined the Western Isles ferry services for a total of forty years service on 23 vessels, in command for 31 years on 17 ships across all the islands, I retired in 2015.

My service was recognised with the award of the Merchant Navy medal in 2014.

If I may comment on the entry concerning my Uncle Ronnie Wright, thank you so much for your remarks at the foot. I never saw Ronnie as being dour, quite the opposite.

He had gone through the war at sea and lost his younger brother, after whom I am named, and yes the strain of command in those difficult years following might have tested anyone's sense of humour, but I think "dour" is too harsh.

Millport on the Isle of Cumbrae is hardly remote, his father had a boat and visited the mainland across the short channel of water constantly.

Yes, Ronnie was religious, but in an uplifting way. I believe that many masters prayed a lot, I know that I did my share too from time to time. 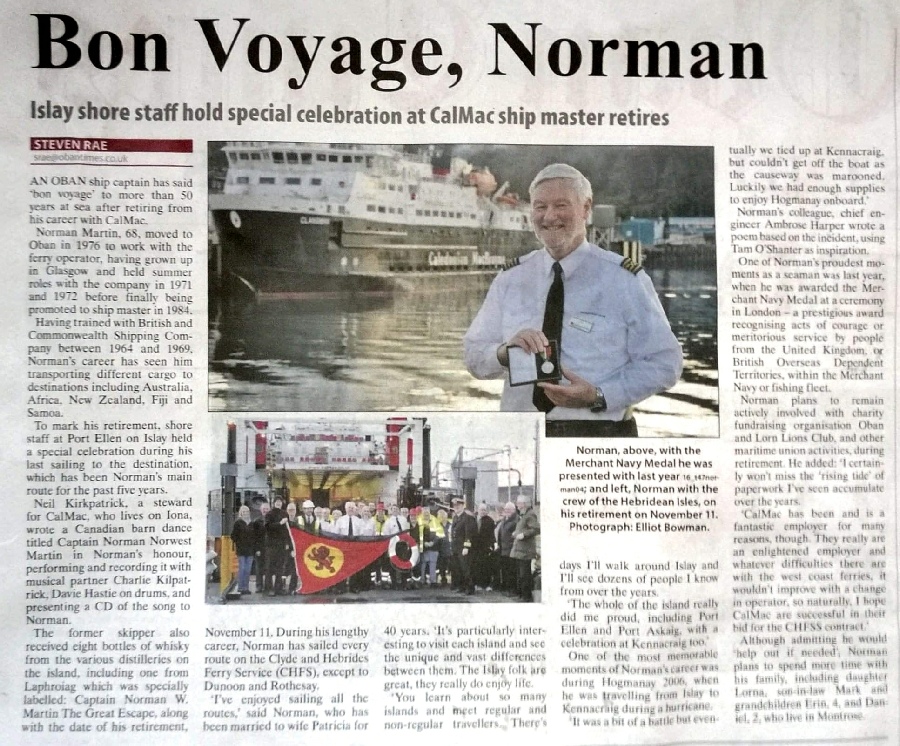