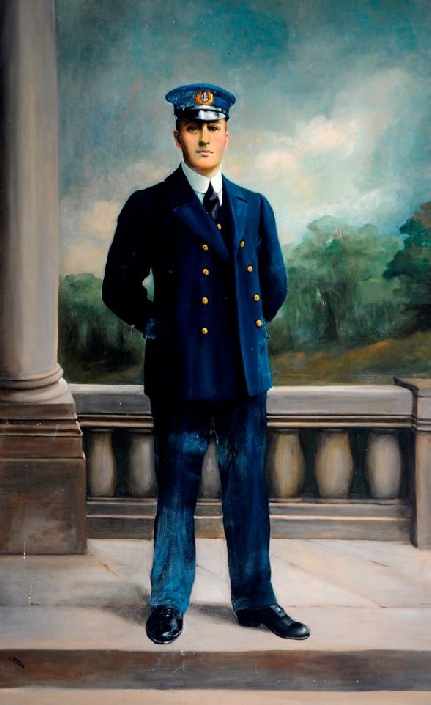 After two years on the Clan Graham (2) Howard found himself in Glasgow when WWI broke out. With some of his friends he joined the Highland Light Infantry and died of injuries sustained on the first day of the Battle of the Somme.

His wealthy Father TB Davis was determined that his son would not be forgotten.

His Dad also bought HMS Thames in 1920 and brought it out to SA where it was renamed SATS General Botha and served as the SA’s Merchant Navy Training Academy until they moved to Granger Bay.

Their training ketch (the equivalent of the Halcyon at Warsash) was named the Howard Davis, although Bothie cadets irreverently dubbed it the Olympic Flame – because it never went out!

In the UK the Honorable Company of Master Mariners still manages the Howard Leopold Davis Charity whose purposes are “to relieve Master Mariners and maritime Deck Officers of the British Merchant Navy and their families and dependants who are in need through financial hardship, sickness, disability or the effects of old age.

The Educational purposes are to educate and train persons serving or intending to serve in the British Merchant Navy and persons with an interest in seamanship or sailing.”

Howard Davis is one Clan Line cadet whose name will be remembered for many more years to come. 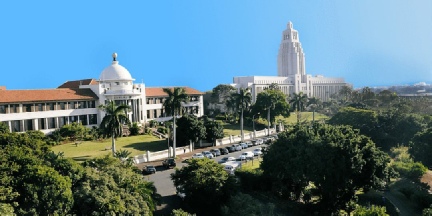 Those of you who’ve visited Durban may have noticed the Howard College university buildings which dominate the skyline behind Maydon Wharf.

These were donated in Howard’s memory.

The taller building is called the Memorial Tower Building in Howard’s memory. 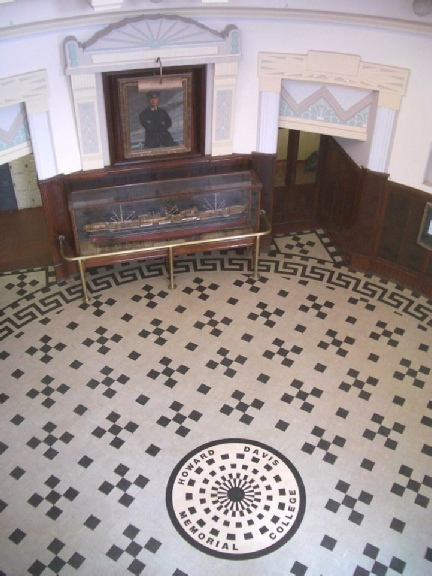 On entering Howard College building you are greeted by a large painting of Howard in his cadet’s uniform with a model of the Clan Graham beneath.

In Jersey the magnificent Howard Davis Park and Memorial Hall are to be found.

The St Helier War Cemetery in the park is the only Commonwealth War Graves Commission cemetery where the crosses are made of wood, not stone.

As recently as 2016 Howard’s great niece laid the foundation stone for Victoria College’s new Howard Davis Hall to commemorate the centenary since his death.

Throughout those 100 years the school has benefited through ongoing scholarships as well as the College’s Howard Davis Theatre.