26.5.1917 attacked by gunfire from a submarine in the Mediterranean Sea and escaped. 4.3.1918 torpedoed and damaged by a German submarine 15 miles S.S.E. from Cape Sidero, Crete, whilst on a voyage from Avonmouth to Port Said in ballast.

Three members of the crew were lost in the attack and the ship was towed to Suda Bay.

13.11.1920 badly damaged by fire whilst beached on Rammeken Bank following a collision in Flushing Roads when on a voyage from Chittagong to London and Antwerp.

Abandoned as a total loss and in 1923 sold to Produits Metallurgigues Soc. Anon. and broken up in Belgium. 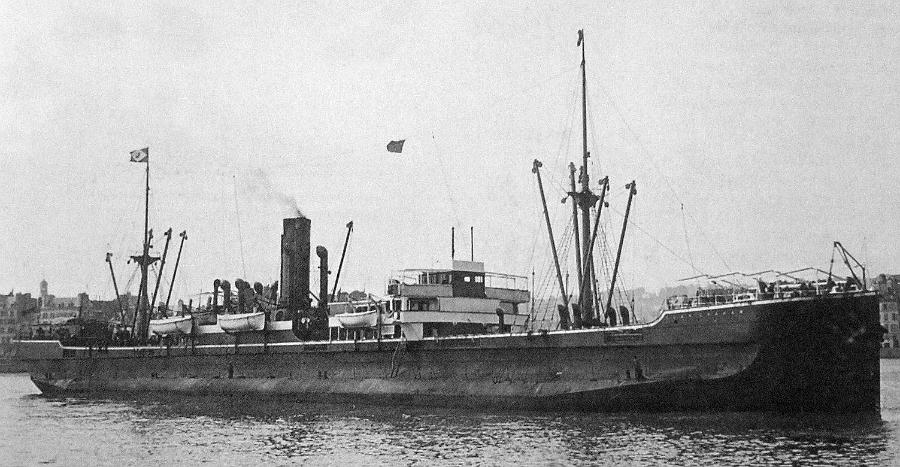