Greatly enjoyed your site and memories. I joined British and Commonwealth as Cadet in 1957 serving in all areas of the Company, initially Clan Line.

My first Union-Castle ship was the "Transvaal" in May 1962, later serving ( for various periods)  in "Pretoria", "Edinburgh", "Richmond", "Rochester","Rothsay", "Capetown", "Windsor" and "Reina del Mar" - all these interspersed with Clan Line and Bowaters vessels.

Last appointment in UC was as Chief Officer in "Tantallon" in August 1970.

Since then I have served in other companies as Chief Officer and Master.

I taught in the Institute of Marine Studies in Plymouth Polytechnic and in 1989 went out to the Solomon Islands where I was Head of marine and fisheries training.

In 1994 I was Associate Professor in the Hong Kong Polytechnic University, leaving there in 1999 to begin consultancy work in the UK.

I am currently employed by the DTI Electricity Consents Unit as advisor with respect to navigational issues concerning offshore wind farms and other renewable energy devices.

I thought you might be interested in learning of yet another of the British and Commonwealth community joining Reg Kelso and Mike Morley as recipients of the Merchant Navy Medal (2020)  - this being as surprising to me as it will be to you.

As you may know, I was with British and Commonwealth as Cadet to Chief Officer from 1957 to 1971, serving in all sectors of the B & C fleet,

With frequent returns to sea as Mate and Master in other Companies, I then taught seafarers and undergraduates in Plymouth, Solomon Islands and Hong Kong before returning to the UK in 1999. From then until 2015 I was consultant to various Government Departments and the offshore renewable energy industry with respect to navigation, marine safety and search & rescue issues within those offshore installations.

I have gained enormous enjoyment in all these areas of work and am immensely grateful for the training and encouragement given to me by B & C from the beginning of my employment.

The Company itself had, only the previous year, formed from the amalgamation of Clan Line and Union Castle Line: this beginning  a series of  experience and skills transfers which could not be matched in any other UK fleet.

Due to Covid 19, the medal presentation ceremony at Trinity House will be postponed until the summer of 2021 but I look forward to that. 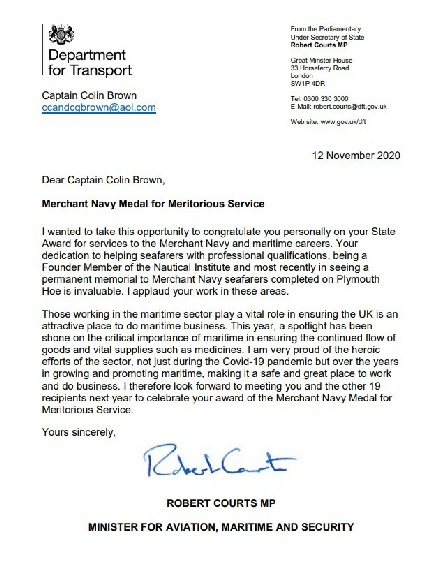 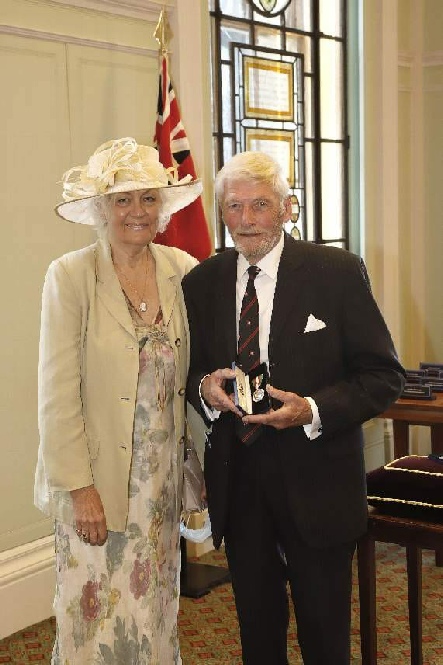