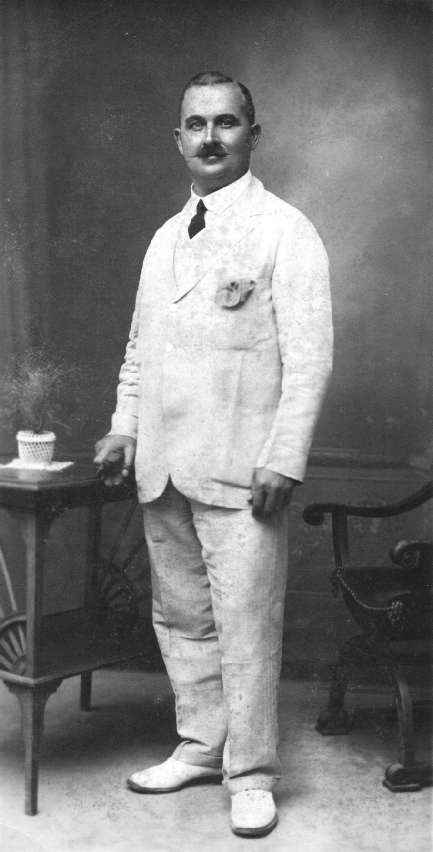 In his retirement he was a benign old gentleman but he had a reputation as a tough guy in his seagoing time.   He was noted for heavy drinking too, but the company tolerated that for he was a good skipper and looked after their interests better than most.

Captain John Allan sailed with Magnus for a time and he related what he called “The Hooghly Incident.”

“At that time the Hooghly pilots had a reputation for being snobs and very pompous, arriving on board complete with manservant in tow.   It is not known what the pilot said to Magnus on this occasion but it must have been offensive for he did not grace him with a reply.   He just raised his fist and floored him.   Now, that was a sacking offence but Magnus kept his job.   I think the pilot must have been too embarrassed to report the incident.”

Captain George Smith recalled an occasion when two sailors appeared at Magnus' cabin door to complain about the food.

“I heard raised voices and a scuffle before he laid them both out cold and instructed me to drag them back to their quarters.”

Captain Magnus Ritch was youngest of three brothers who were masters in the King Line in the early twentieth century.

They had all started their careers before the mast in sail.  Magnus was master of Don Benito from 1906 to 1916, running regularly to the River Plate.

In 1917 he survived the loss of the Boldwell when she was torpedoed in the Med. by UC-20.