At 00.45 hours on 22 March 1942 the unescorted Athel Viscount (Master Reginald Guy Thomas Franklin) was hit on the starboard side by one of three torpedoes from U-202 while steaming on a non-evasive course at 10 knots in rough seas about 600 miles east-southeast of Halifax.

The tanker had been the ship of the commodore (Rear-Admiral G.H. Knowles, DSO, RNR) in station #31 of convoy ON-75 until it was dispersed in position 42°N/46°W on 19 March. The U-boat had spotted her about 13 hours before the attack, but waited for the night after discovering that the periscope was defective during an attempt to attack submerged during the day.

The torpedo struck on the starboard quarter about 30 feet from the stern post and opened a hole of 50-60 feet long by 30 feet high with a number of small holes on the port quarter, the largest about 2 feet in diameter, flooding the engine and boiler room and causing the ship to settle by the stern. All lights failed at once because the explosion stopped both engines, nevertheless the radio operators managed to send distress signals which were received and repeated by an unknown vessel. Fearing a boiler explosion, the master ordered the crew to abandon ship, so most of the 43 crew members, six gunners (the ship was armed with one 4.7in, one 12pdr, one 20mm and four machine guns) and seven naval staff members aboard left in three lifeboats with some difficulties due to the prevailing weather conditions. 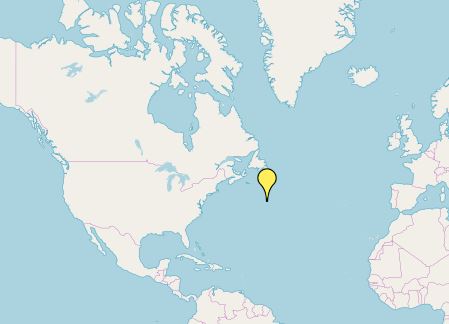 Four men on watch below had been killed and one was injured by the explosion and two more crew members were injured while boarding the lifeboats: one man broke his pelvis and another man had his leg crushed between the side of the ship and the boat. All confidential books were thrown overboard and the last lifeboat was already swung out when the master ordered the occupants of that boat to return aboard after checking the water level in the engine room and found the ship in no worse condition than before, so the master and 16 crew members and the commodore and two of his staff remained aboard and waited for daylight to carry out repairs. At 00.55 and 01.25 hours, U-202 fired two coups de grâce which both either malfunctioned or missed due to rough seas and a high swell. With no torpedoes left in the tubes, the U-boat dived to reload until 05.20 hours, but then failed to locate the disabled tanker again.

The survivors in the lifeboats later reported that they observed the enemy surfacing nearby, but they were apparently not sighted by the Germans. Linder wrongly assumed that the tanker had foundered in the meantime after being badly damaged by two torpedoes, but in fact she had only been hit by one and just drifted away faster than presumed due to the strong wind.

At about 09.00 hours on 22 March, the disabled Athelviscount fired rockets to attract the attention of USS Roe (DD 418) (Cdr J.N. Opie, USN) which was on passage from Iceland to the USA and heard her distress signals. The destroyer first picked up the 32 men in the lifeboats that were found about 20 miles off the port quarter and in the afternoon all remaining men as the U-boat was thought to be still in the vicinity and a further attack expected, so an anti-submarine sweep was carried out throughout the night.

At daylight on 23 March, the master and the commodore decided to reboard the tanker and the entire crew wished to return with them, although they knew in what condition she was in. However, they had to leave 19 men aboard USS Roe (DD 418) which later landed them at New York, after the destroyer was relieved by HMCS Georgian (J 144) (Lt A.G. Stanley, RCNR) and USS MacLeish (DD 220) in the morning of 25 March.

The Canadian salvage tug Foundation Franklin (Master Harry M. Brushett) arrived in the evening of 26 March and commenced towing towards Halifax at 22.30 hours. The skeleton crew on the tanker dumped the ammunition for the gun aft to lighten the stern, manned the 20mm AA gun and the machine guns amidships because the gunners were not aboard during the towing operation and constructed life rafts as only one lifeboat was left for emergencies. The men found it strange that both warships almost immediately left the tow convoy which remained unescorted for the rest of the voyage, except for a continual aerial escort for the last two days. The tanker was adrift for eight hours on 27 March after the towing wire parted and after the tug reported that she was running low on fuel it was decided to head for St. John’s, because they were 335 miles from there on 1 April. Unknown to them the Admiralty assumed that both ships had foundered in bad weather until they were spotted by aircraft about 100 miles off Nova Scotia on 4 April.

During the afternoon of 5 April, a southerly gale was approaching so the tug took all men off the tanker for the stormy night that followed. At daylight the next morning, only seven men reboarded the Athelviscount in lee of Cape Spear and were later joined by four men from the tug HMS Tenacity (W 18) which assisted to bring the tanker into the harbor of St. John’s during the afternoon together with the Canadian tug Citadelle and the American tug Socony 8. This proved to be a difficult undertaking as the ship drew 41 feet aft and her bows high in the air. To make things worse the tanker broke free from her moorings and grounded at the harbor entrance on 9 April.

On 23 May 1942 the wreck of Athelviscount was refloated and docked for temporary repairs. On 30 June, she left St. John’s in tow of the Canadian tug Foundation Aranmore to New York via Argentia and Halifax, arriving on 17 July.

The tanker was taken over by the Ministry of War Transport (MoWT), repaired and returned to service as Empire Viscount in April 1943.

At Easter 1961 while anchored off Fiumicino in Italy Capt Franklin and some other officers absented themselves from Hector Hawk to attend mass in Rome.

While they were ashore the vessel was driven ashore by rough weather and serious damage was incurred.

Capt Franklin was relieved of his command and dismissed from the company.