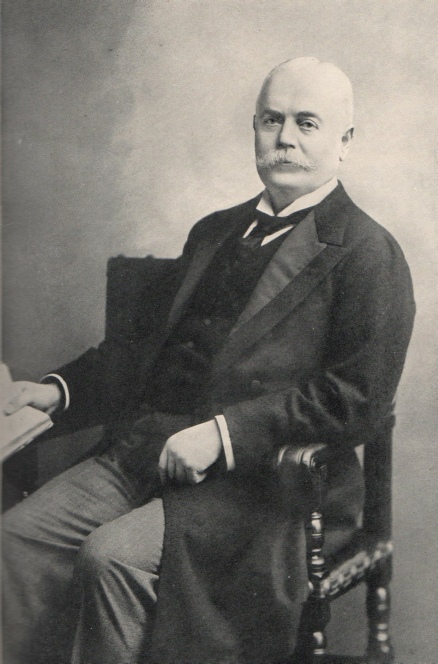 Born on the 29th August, 1840, he adopted the engineering profession and obtained his practical training under the late Sir James Brunlees, under whom he was employed on railway construction at home and in South America.

After spending some time in the United States, he returned home and decided to relinquish the pursuit of engineering and to devote his attention to banking. His firm was known as Melville, Evans and Company, and its operations were largely between this country and America.

In 1880 he took a prominent place in shipping circles as deputy-chairman of the Union Steamship Company, under the late Mr. Alfred Giles, whom he subsequently succeeded as chairman, becoming also managing director of the company.

When the Union Steamship Company was amalgamated in 1900 with the Castle Line, it was Sir Francis Evans who carried through the difficult and important financial details of the transaction on behalf of the Union Company, Sir Donald Currie representing the Castle Line.

On its completion, Sir Francis Evans joined the firm of Donald Currie and Company, the managers of the Union-Castle Line, and remained a member of it until his death.

He was also a director of the International Sleeping Car Company, the Thames and Mersey Marine Insurance Company, and was chairman of the Elysee Palace Hotel in Paris.

For services rendered to the Government of Newfoundland in connection with the fishery dispute with France, and for other colonial services, he was made a K.C.M.G. in 1893.

In 1902 he was created a baronet. In politics he was a Liberal, and was elected four times to represent the constituency of Southampton in Parliament. In 1900 he was returned at a by-election for Maidstone, which he continued to represent until the general election of 1906.

He married in 1872 Marie de Grasse, daughter of the late Hon. Samuel Stevens, of Albany, U.S.A., and widow of Mr. Irving Van Wart.