RAYMOND HART had two happily entwined lives - one was with his family, the other was with ships, afloat or ashore.

He was essentially a Southampton man, schooled and remembered there. Born there in 1913, he was one of that generation whose first professional peak coincided with the Second World War which, survived, might mean further advancement before almost inevitable retirement before the 1960s.

He joined the Merchant Service when he was 16: in 1937, when he was 24, he was accepted by the Royal Navy. The Admiralty, conscious of the depredations of the Geddes Axe which chopped so many careers after the Great War and of the need for additional seamen officers to command the growing number of small ships being built or planned, let it be known that they would consider applications for commissions from Merchant Navy officers, whose only other avenue might have been the original Royal Naval Reserve (Hart had joined that in 1933, but when he was discharged by the Royal Mail Shipping Company in the Depression and went to work as a forester in Canada, his membership lapsed).

Many applied, from whom about a hundred were selected. They were rather unkindly referred to as "the hungry hundred". Most of them fulfilled their envisaged role: a few went on to render more distinguished service during and after the war.

Hart was one of the latter. Membership of the Distinguished Service Order, the award of a Distinguished Service Cross and a bar, and a mention in dispatches testify to the distinction of his service as Lieutenant-Commander and Commander. In 1939 he was watch- keeping in the middle-aged destroyer Hasty, his first command, in 1942, was the older Vidette, his next Hasty's sister ship Havelock, before he became Senior Officer of the 21st Escort Group (1944-45). Commanding Conn, he led them in sinking three U-boats in March 1945, two in one day, which was good going even in those days when victory in the Battle of the Atlantic was confirmed.

He sailed in Vanguard, the Navy's last operational battleship, on the royal visit to South Africa in 1947, and was promoted Commander out of her in time for the RN Staff Course in 1949. Command of the new Relentless was followed by the Joint Services Staff Course which led to his appointment as Liaison Officer to the Nato Commander of Allied Forces in Southern Europe, at the Naples HQ. He served at sea for the last time, as Captain, in command of Undine and the 6th Frigate Squadron 1957-58, when he received the Italian Order of Merit (1958). He might well have received no further appointment; the Navy was still diminishing even after the inevitable post-war demobilisation. 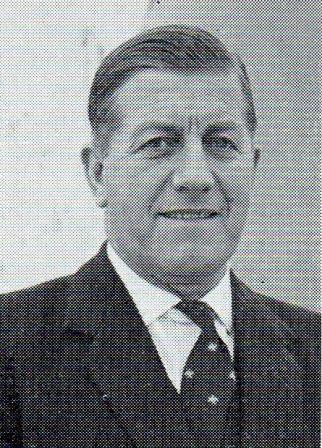 But Hart went on to be Commodore, Naval Drafting, responsible for the detailed employment of every rating from junior seaman to chief petty officer and commanding an independent shore establishment, Centurion. Officially christened to commemorate Anson's flagship on his circumnavigation in 1744, this was a crafty reference by the Ships' Names Committee of the Admiralty to St Matthew viii, 9, in which the centurion says: "I say to one man, `Go', and he goeth, and to another, `Come', and he cometh." The Director of Officers' Appointments in the Second Sea Lord's department must have enjoyed sending one of the pre-war hungry hundred to command Centurion.

Hart retired from the Navy in 1963, and until 1976 was manager or director of several merchant shipping forums, notably the British and Commonwealth Shipping Company and Cayzer Irvine, well into his sixties. He carried on as vice-president of the Seamen's Hospital Society until 1983 and of the Marine Society until 1989. But his health began to fail and he died after a long decline, fought with the same steady and tenacious courage with which he had fought his share of the Battle of the Atlantic.