Did the last voyages on the Cape Town, Stirling and Athlone Castles.

On several ships I served on we had passengers jump/fall overboard and be rescued after several hours, rescued crew from a sinking ship and had many stowaways.

I was on the Transvaal and Pretoria Castles when the hand over to SAFMARINE took place in Cape Town.

I was an RNR Lt during my last 6 years at sea. 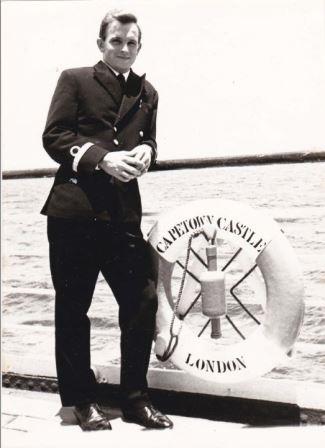 I was with Union Castle from 1963 to 1974 in the Purser’s dept. I started on the Kenya Castle as Purser’s Clerk and finished on the S.A. Oranje as Purser. I spent 4 years on the Reina del Mar and did the last voyages on the Athlone, Sterling and Cape Town Castles.

Congratulations on a great web site.