Clan MacTavish was a British steamship built by Sir W. G. Armstrong, Whitworth and Company, Newcastle, England in 1913. She was owned by Cayzer, Irvine and Company, Glasgow, Scotland; the company's head Sir Charles William Cayzer was the father-in-law of Sir John Jellicoe, the English First Sea Lord. Clan MacTavish was operated by the Clan Line, Glasgow, Scotland. She was a 5,816 ton ship, 450 feet in length with a speed of 13 knots. She was equipped with wireless and refrigerated cargo spaces.

Clan Line lost two other ships to German raiders during the war. The German Cruiser Emden sank Clan Matheson on September 14, 1914 and Clan Grant on October 16 of the same year. During the war Clan Line lost 28 ships, taking with them 291 souls.

Captain William N. Oliver was in command on December 9, 1915, with a crew of 53, when Clan MacTavish departed Wellington, New Zealand sailing around the Cape of Good Hope for London, England. She stopped at Durban, Union of South Africa on December 23rd. She then put into Cape Town, sailing on the last day of the year, with orders to coal at Dakar, Senegal and be mounted with a gun. Here she arrived on January 12th, a 6-pounder was mounted, and two naval ratings joined the crew to take charge of the armament. Leaving Dakar on January 13th, her cargo was leather, wool, zinc concentrates, rubber, frozen beef and mutton.

In the encounter with Moewe, 18 members of Clan MacTavish crew were killed. Four members of the crew, all wounded, arrived at Hampton Roads, Virginia on February 1, 1916 aboard the English liner Appam. After treatment in a Norfolk hospital, the four returned to England.

Eighteen officers and crew were landed in Tenerife, Canary Islands on February 23 from the captured British steamship Westburn. On February 28, they sailed on the liner Athenic arriving in London on March 3. 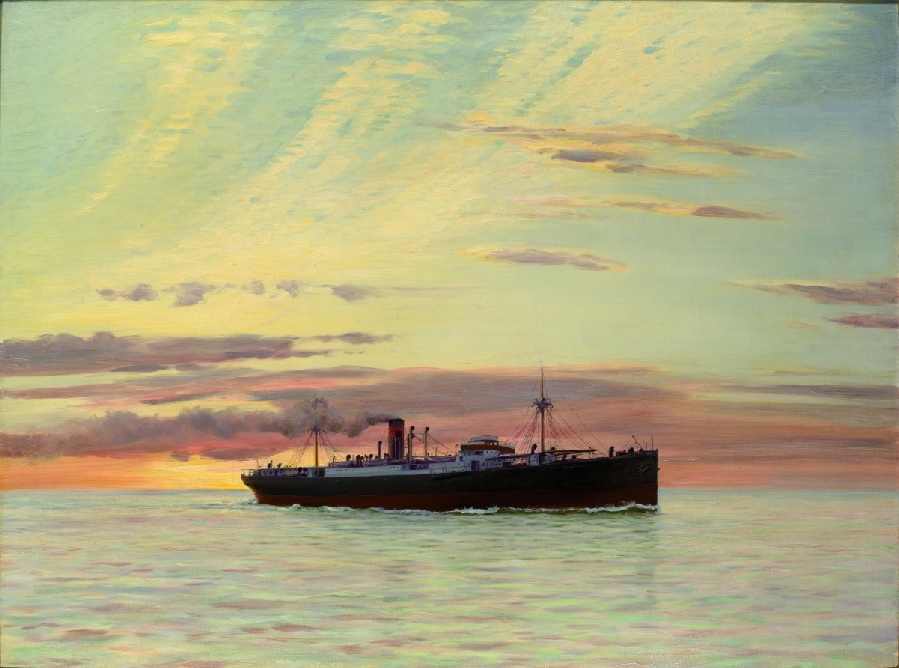 The Clan Mactavish was equipped with a six-pounder gun shortly after the outbreak of the First World War.

Two years later, was involved in a running battle with the German cruiser, Moewe.

She was forced to surrender and was destroyed.

Her crew, however, were saved and her captain was awarded the DSC.