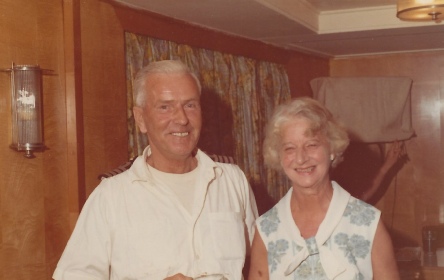 I have just seen your "update" on Capt Smith.  I have attached a couple of photos of the the man himself, one with his good lady and another of him in full oratory mode.

They were taken during his final voyage on the Clan Maciver in 1972, while I was sailing as a Deck Cadet.

A great Captain, who liked to sunbathe on a fixed hammock above the Monkey Island, as did his wife. 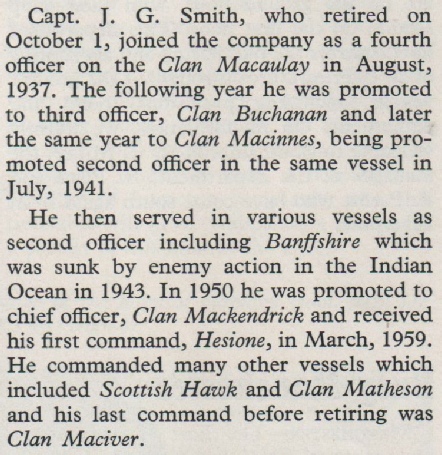