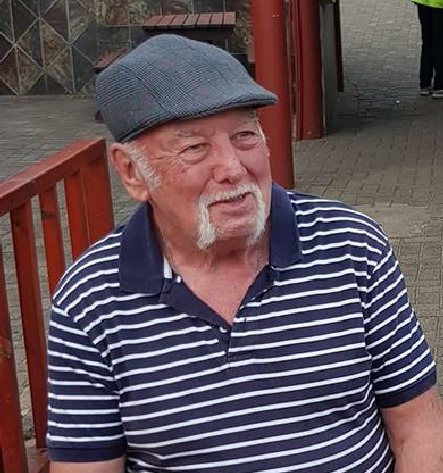 Firstly until this day I have no idea why I went to sea.

My only prior experience was that of an educational cruise at the age of fourteen years on board the British India Ship the SS Dunera.

I was sick as a dog and quickly learned you cannot vomit in to the wind. All I wanted to do was go below decks and die.

By February1970 I had finished my apprenticeship and had started work in Southampton as a Motor Mechanic on Heavy Duty Lorries and diesel engines. The company was situated near the central railway station and not far from the docks.

I had to repair a lorry that had broken down alongside what I suspect was the Pendennis Castle and regularly would drive lorries I had repaired along the dock road,or I think it may have been called Canute Road and still have no inclination to go to sea.

Every Friday I could clearly her the sound of the whistle blowing as the Union-Castle Mailship would leave port.

By November 1970 I was earning a good salary although working lots of overtime and thought I was happy.

For some reason on the 9 November 1970 I stopped by the Mercantile Marine office to make enquiries about the Merchant Navy.

Looking back the efficiency in which I was dealt with was amazingly fast.  Quickly had my photo taken, was given a Seaman’s Book and a Discharge book and told I should rather try and join a company than go on the pool. The chap said he thinks Union-Castle Line is hiring engineers and gave me directions.

I found the Office and a Mr Broomfield who advised me that he had just started training for the final intake for the year and that if I was serious about going to sea to come back in January.

I remember like it was yesterday saying “oh I’ll be back”.

So there we have it January 1971 I joined Union Castle Line and attended Broomfields Academy as it was affectionately known.

I am sure I must hold a bit of a record of some kind.

On the Edinburgh Castle I dislocated my shoulder and had to be sent ashore in Capetown to Hospital to have it fixed then back on board for the journey home.

Later on the Reina I was working by prior to sailing for Capetown when I dislocated the same shoulder.

I was promoted and sent to Windsor Castle and was on her 100th voyage. I met and spoke to Bernard Cayzer and realised the writing was on the wall, that the end was nigh and that the business could not be run on emotions which I think we all understood.

Also on the Windsor one voyage,  the day after leaving Las Palmas bound for Capetown, I thought I had food poisoning but it turned out to be an appendicitis, so I spent the rest of the voyage in the ship’s hospital until arrival Capetown where I was put in to Die Volks Hospital and operated on.

I have to say I have never regretted my experience and if anything I would have loved it to have lasted longer.

I still have fond memories of my first ship, the Rowallan Castle and like everyone else have lots of stories to tell.

I still have things like my lifeboat and firefighting certificates as well as my farewell invitation on leaving the SA Vaal to go shore side in Capetown.