I joined B&C as an engineer cadet in 1971 and started my cadetship at Warsash School of Navigation.

Sadly, I no longer have my discharge book, but here is a record of my service, as I recall it.

The dates may not be exact and there may be some omissions.

At the commencement of my second trip as a cadet, I traveled by train from Glasgow to Liverpool, intending to join my ship in Birkenhead. Imagine my dismay, upon arriving there at midnight, in finding there was no sign of the Clan MacGillivray, and the staff on duty were not sure where she had sailed for that afternoon.

After spending the night at the Seamen’s Mission in Lime Street, I visited the company’s offices and was told that my ship had sailed while I was in transit to Liverpool. I was instructed to join another of the Clan Line ships currently in Liverpool, the Clan MacNab, but to treat it as accommodation only, until they sorted out what required to be done to get me to The Clan MacGillivray.

For the next few days I simply ate and slept aboard the ship and spent a lot of the time reading, and exploring Liverpool. After falling asleep reading, one afternoon, I awoke to find the ship under way, and the sight of Liverpool falling behind astern. The second engineer informed me I would be on the eight to twelve watch, as he dropped off boots and a boiler suit. He also informed me we were headed for Rotterdam.

Upon reaching Rotterdam, there was still no information regarding the whereabouts of the Clan MacGillivray, so I stayed aboard the MacNab, engaged in daywork. After a few days I received a rail voucher and instructions to travel to Anterp, where, they assured me, my ship was currently berthed. At Antwerp rail station I was met by a shipping agent, who booked me into a hotel, explaining that there had been a “mix-up”. I could certainly attest to that fact. After a few days the Clan MacGillivray arrived, I joined her and my second deep sea trip commenced, after having been introduced to Danny’s Bar by a couple of my more wordly shipmates.

This was quite an adventure for a shy, reserved nineteen year old, and will always be a part of my fond memories of being a mariner. I might add that, within a very short time of this, the shy, reserved youth was barely recognizable.

By 1978 it was obvious that the British Merchant Navy was no longer a promising career path, so I went ashore and studied for a degree in Electrical and Electronic Engineering.

I would love to get in touch with old shipmates.

My email address is joe@caledonia.net 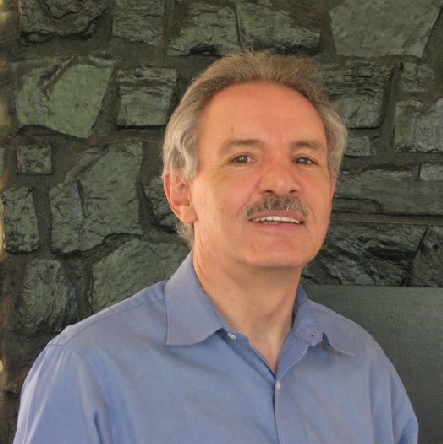 Joe Zanrè spent his career in engineering, first as an Engineering Officer in the British Merchant Navy, and then as an electronics engineer, designing microprocessor-based circuitry. He was involved in the early stages of the micro-computer industry and even designed and built a prototype digital camera, well before such things were on the market. Being an early adapter of the internet, Joe moved to the US, from his native Scotland, to marry his email sweetheart, making Colorado his new home. He recently retired from engineering and made use of his new-found free time by putting pen to paper, or fingers to keyboard, and describing a subject that has always interested him.

Since his early teens, Joe has had a deep fascination with the spiritual aspects of life, looking for understanding and meaning, rather than material gratification, as a life goal. As a youth, despite frequent disappointments, he searched for meaningful, philosophical writings and finally was rewarded when a shipmate introduced him to such a series of books, written by a seemingly obscure author. To his delight, these books were exactly what he had been seeking and, to this day, Joe considers his finding them to be one of the most valuable events of his adult life.

Throughout his time in the microprocessor field, Joe compared a computer’s reading, writing and manipulation of stored data to the workings of human thought processes. His first book, ‘Zan on Zen: Saying “NO!” To Negativity’, is an examination of the similarity between the human mind and modern computer technology.

Rather than attending university straight after high school, Joe chose to enlist in the British Merchant Navy, where he trained, and served, as a Marine Engineering officer. While a cadet at Glasgow Nautical College, he was introduced to Electronics Engineering, at which he excelled, finding it interesting both as a field of study and as a hobby. During the long voyages across the oceans, Joe pursued practical and academic correspondence courses in electronics, obtained from the British National School of Radio and the International Correspondence Schools.

With the decline in the British shipping industry, in the late 70s, he came ashore to study for a degree in Electrical Engineering and Electronics, at Dundee Institute of Technology. While there, he was approached by Timex Corporation with an offer of sponsorship, which he accepted. This involved doing summer internships at their Dundee premises and agreeing to work in their employ for at least two years after graduation.

During this time, Timex was contracted to build Sir Clive Sinclair’s home computers, the ZX81 and the ZX Spectrum, and this afforded Joe a thorough grounding in computer architecture and microprocessor technology. After leaving Timex, he went on to design microprocessor-controlled underwater cameras for the North Sea Oil Support Industry and, in the early 90s, designed and built a working digital camera, long before such things were commonplace, or even known to the public.

The 1995 oil industry slump led to Joe’s being laid off, and he took this as an opportunity to revisit the USA, where, as a young mariner, he had experienced the excitement of the bicentennial. As a means of getting over the “redundancy blues” Joe arranged a trip to visit his email pen friend in Colorado, being an early adapter of the then blossoming Internet phenomenon. Not only did he visit his pen friend, he married her, thereby making Colorado his new home. For the next eighteen years, Joe worked for a medical device manufacturer, in the Denver area, where he specialized in designing functional testers for circuit boards. Towards this end he made use of his training in software engineering to develop a method for producing extremely reliable, reusable software. His circuit board testers were used to verify functionality, debug faulty boards down to component level and even identify faults within multi-million transistor Integrated Circuits.

Having long given up electronics as a hobby, Joe took up photography and was delighted at the advanced features of digital cameras; a far-cry from his pioneering prototype. While perusing a photography magazine, he was introduced to the concept of remotely triggering a camera based on environmental variables. Further investigation led to disappointment with what the marketplace had to offer, however, and so Joe decided to build such a device for his own use. Using his skills in mechanical, electrical and software engineering, he put together a working unit, which could be programmed to take photographs based on sound, light, time, distance to subject and movement, or any combination of these parameters. Being solely for personal use, this project was housed in a utilitarian, orthogonal box. When Joe discovered an off-the-shelf enclosure that could be customised to incorporate the circuit cards, sensors, display and keyboard in an attractive, functional, hand-held unit, however, he began toying with the idea of going into production, providing a level of functionality that was so far lacking in the market.

Around this time, Joe made the acquaintance of a rather remarkable marketing professional, who convinced him that this was not only a worthwhile ambition, it was realizable by following a proven set of procedures. Thus was born Snaperture, the all-in-one camera trigger. 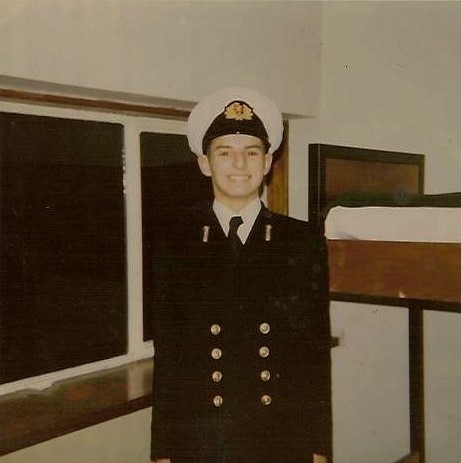 A raw cadet at Warsash