Do you remember being informed upon what was acceptable and unacceptable hair style policy? This was the 1972 edition I received as part of my Company joining instructions in 1973 !

Anyone recognise themselves as style models? 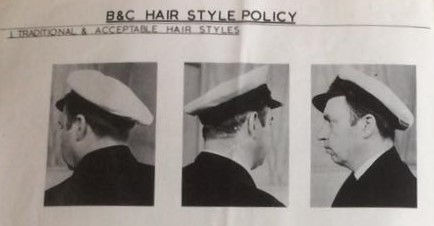 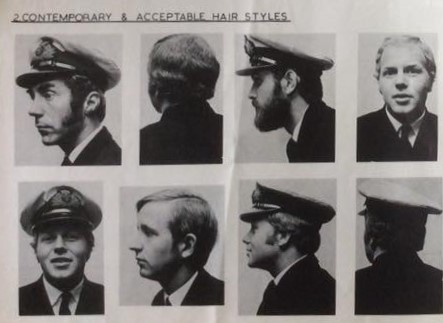 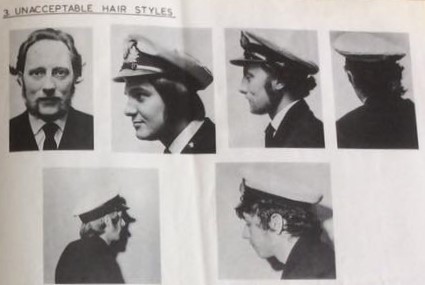 From Richard Kendall - 3rd from left on top line 2/Off Nick Crockett,

When he was X2O in Good Hope Castle, he proudly pointed out the photograph, but still had long hair, and no-one bothered about it.

From Richard Kendall - Potentially dangerous were allegedly shoreside french polishers doing furniture restoration on Reina when alongside in Southampton!