Bonaventure returned to the UK, and remained in Royal Navy service for a further three years.

She was placed on the disposal list in 1948, and sold back to the Clan Line on 23 March 1948. She was converted back to mercantile use, and re-entered service as Clan Davidson. She was the first Clan Line vessel to re-enter service after the end of the war. 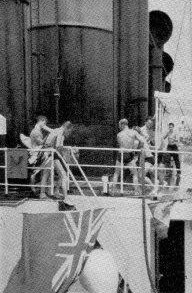 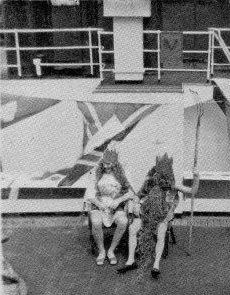 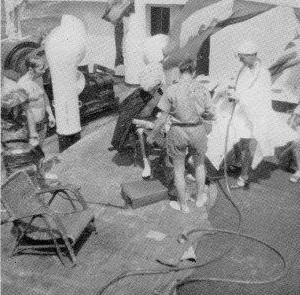 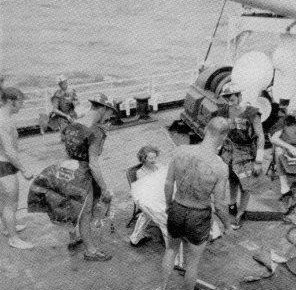 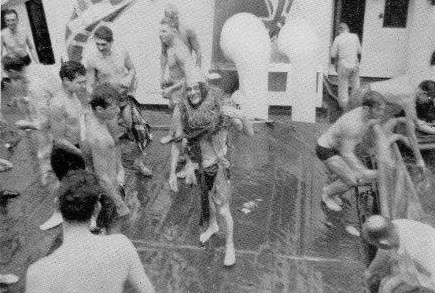 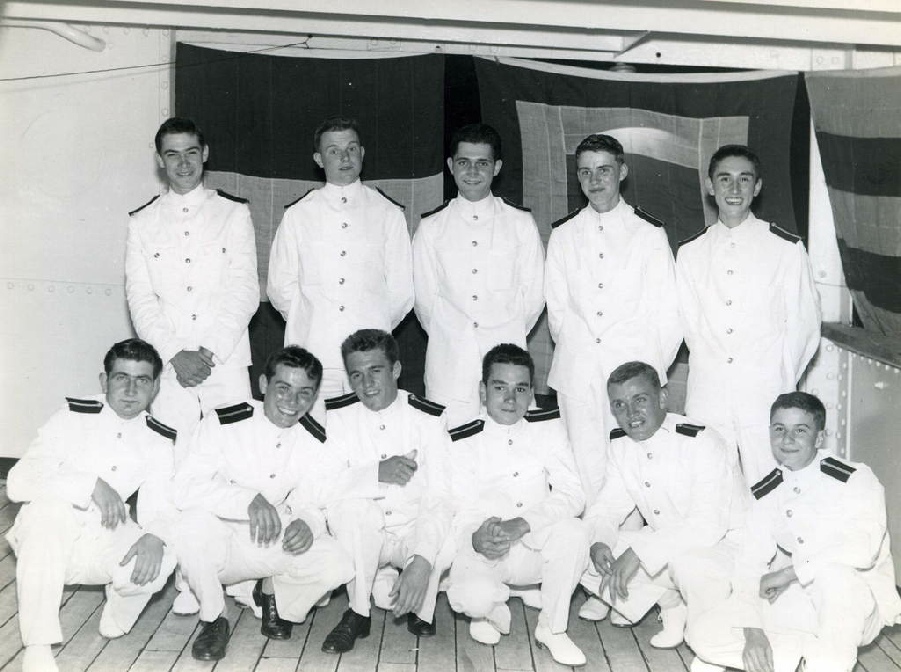 Can anyone put names to faces? 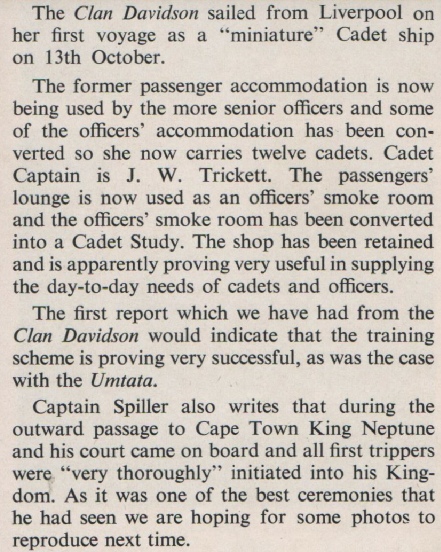 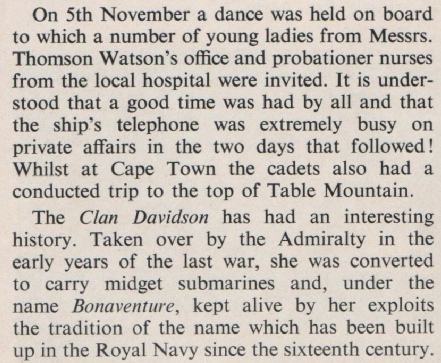 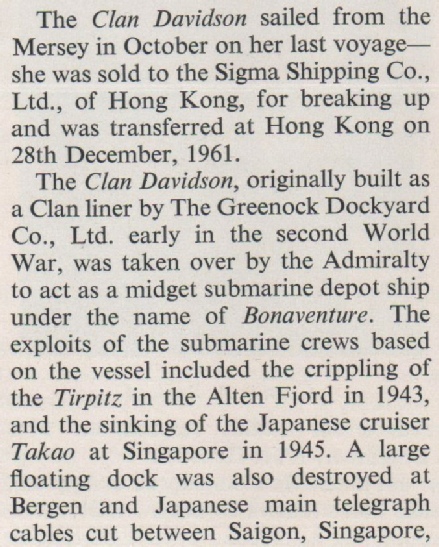 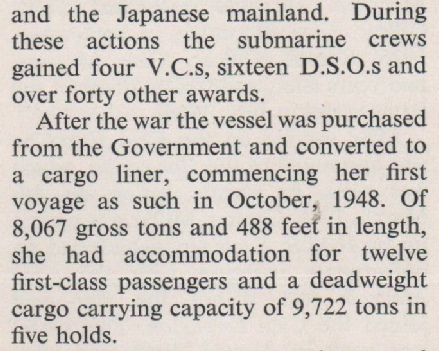 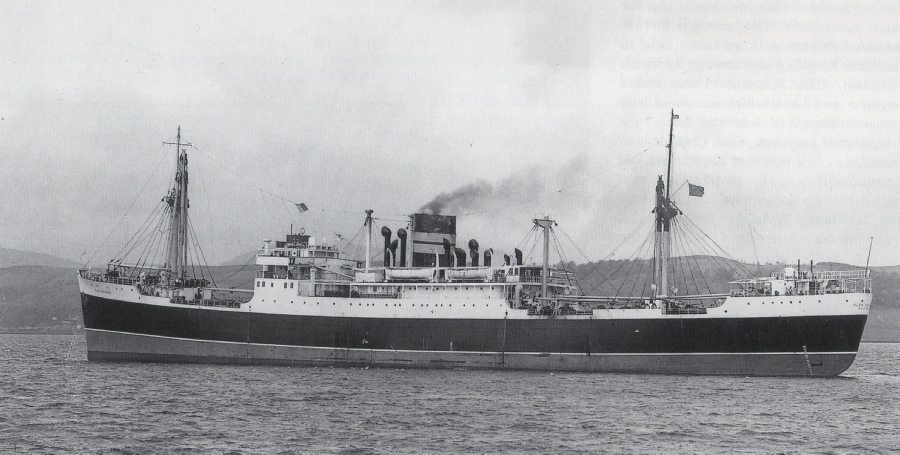