She commenced service on the mail run on 13th February 1863 and reduced the time to 31 days. In 1876 she was sold to Bailey & Leetham of Hull who were known as the 'Tombstone Line' because of their black funnel with a broad white vertical line and a rounded top.

She was sold on again in 1885 to Empreza Insulana de Navegaçao of Ponte Delgado, Azores and renamed Benguella for their Lisbon-Azores service. 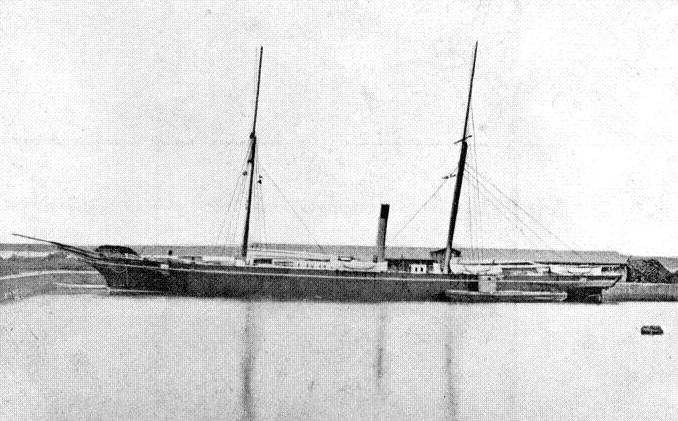 On her passage from Algoa Bay to Table Bay in November 1870, the "Saxon" had an incredible escape from desaster.  It is reported in the 'Cape Argus' of Saturday, the 5th of November, under the headline NARROW ESCAPE OF THE MAIL STEAMER "SAXON"

The article said how, as the ship rounded Green Point and came to her anchorage in the Bay shortly after nine o'clock on the morning of the 4th, Friday, it was clear to all that she was very deep by the bow.  The 'Argus' reporter got a description of events from one of the passengers.   They left Algoa Bay in good weather on the morning of the 31st October.   Rounding Recife, as so happens, the weather began to deteriorate, so much so that by Tuesday, with a strong Northerly wind conditions were such that the "Saxon" was labouring under double reefed trysails.

When off Strays Point, close to L'Agulhas (Cape Agulhas) late in the evening as the passengers were preparing for bed, a slight bump was felt, followed almost immediately by a very much harder blow.   Thoroughly alarmed the passengers, fortunately there were only 24 of them and there was little panic, gathered on deck, whilst the master, Captain Davie ordered an inspection below.  It was soon determined that the "Saxon" was making water forward, but the master's assessment was that they would be able to make port.

The ship's official report states that the ship struck what was possibly a sunken wreck when she was eight miles abeam of Strays Point.   When the "Saxon" came to anchor, a diver went down to inspect the hull, he found the plates forward were sprung, he could put his hand through.   This supports the master's opinion that the vessel struck, not a rock as some of the passengers thought, but a submerged object.  Had it been a rock the probability is that it would have been a very different story.  At any rate the authorities appear to come to the same conclusion, for there was no inquiry.

There was some delay in getting the "Saxon" onto the slip because of a stiff South-Easter, it was also necessary to first discharge all her cargo, very probably her coal bunkers and any other weights, such as fresh water.  It appears fro a subsequent report that she went up on the slip with her masts stepped, but most likely her yards were sent down, if nothing else this would have been necessary for stability reasons.

On the Thursday, 24th of November, the agent's notice advised that the necessary repairs had been made, and that the "Saxon" would sail just as soon as possible.  Then on Saturday, 26th of November the 'Argus', never a paper to be lost for words, reported upon the re-launching of the "Saxon"

“On Thursday afternoon, after three o'clock, a great number of people were out at the docks to see the Saxon launched from the slip.  For a time they were disappointed.  When the both was struck out from the pawl, setting the ship and cradle free, both of them declined to budge an inch.  The Saxon seemed so comfortable where she was that she did not want to leave her quiet berth and tempt the perils of the ocean again."

The indefatigable docking master, Mr. Andrews, was not to be beaten.   A suitable trench was dug, a hydraulic ram produced, and, as an impressed 'Argus' reporter wrote, "using only one arm", the ram effected the desired result, and cradle and ship ran into the water.  The reporter was almost overcome by the beauty of it all.  "She presented a beautiful appearance, all her masts and yards being up and sails bent and covered in their usual perfect trim."

The "Saxon duly sailed for Southampton on Monday, 28th of November 1870. 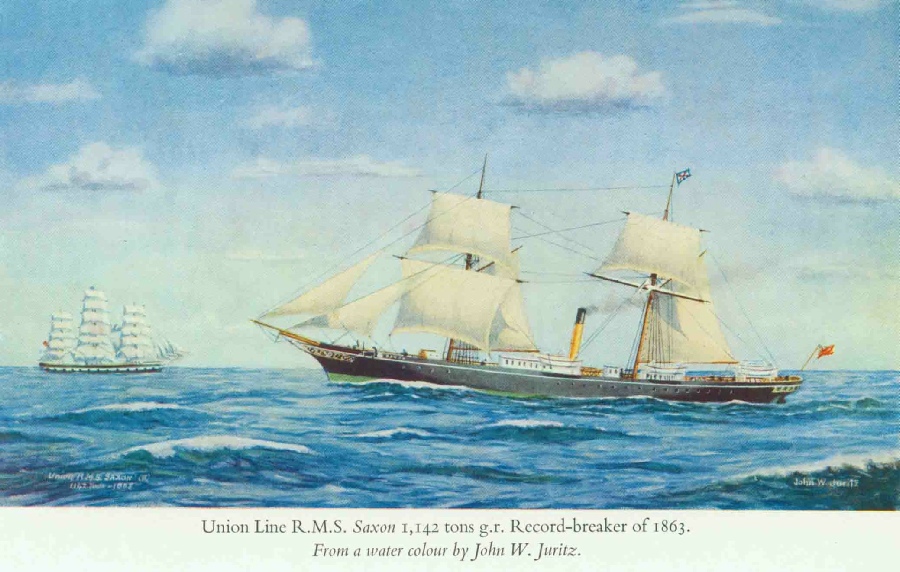 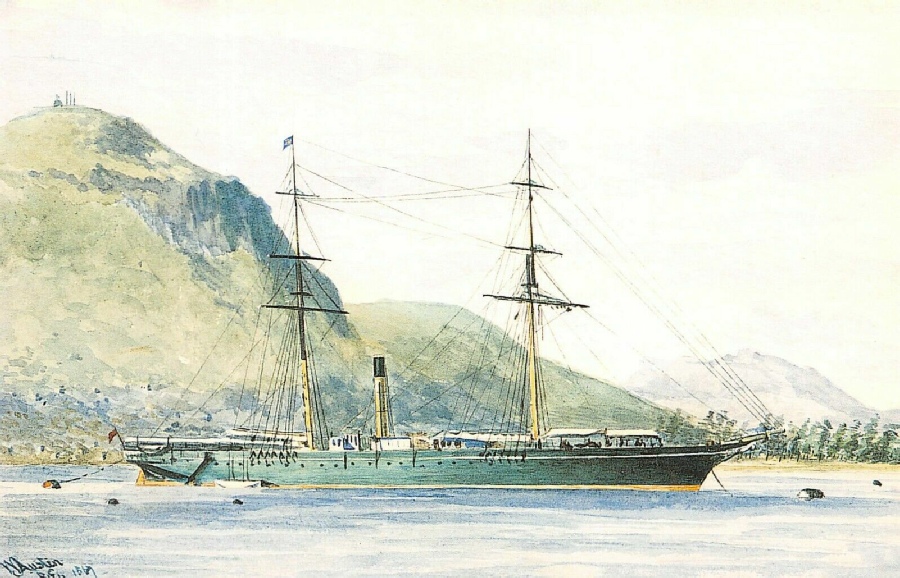