Costing £23,000, the Briton of 1861, was the first ocean-going vessel to be built on Lungley’s “unsinkable plan”, the principle of which was the provision of three completely watertight decks in addition to the usual transverse bulkheads.

In May 1865 Briton was one of the three Union steamers in Table Bay during the terrible gale in which Athens was lost. (The third steamer was Dane).

During the early days of her career Briton made some very rapid passages to the Cape. In May 1862 she reached Cape Town from Plymouth in 31 days 14 hours, then a record for the Union Line.

A few years later she was regarded as slow and when in 1873 she was acquired by HM Government and renamed HMS Dromedary, the name seemed entirely appropriate.

She was commissioned in November 1873 as a transport for the Ashantee campaign but she did not serve long in this role.

Returning from Ascension in 1874 she broke down during the journey and had to proceed under sail. She did not take to the seas again and is described later simply as a “lighter” being stationed for several years at Portsmouth.

Eventually the Admiralty decided to get rid of her and she was sold in 1884 to Messrs Castle & Sons, shipbreakers of London. 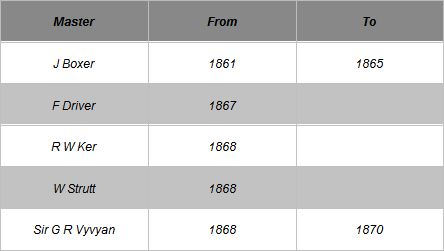 Calling over the Roll on the Quarter Deck of HMS Dromedary 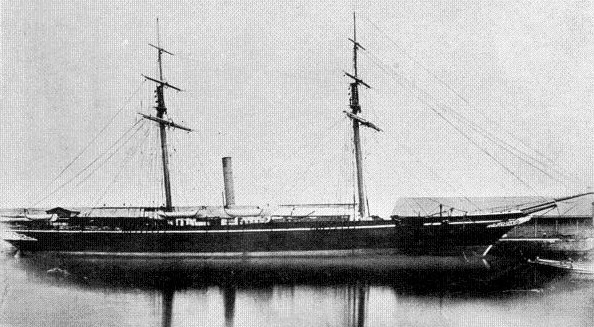