The internal layout of the public rooms and passenger accommodation set the pattern for all subsequent mails ships until the Pendennis Castle was launched in 1958.

When she was delivered on 8th April 1921 for the mail service she was the company's largest ship at the time and caused a sensation on the route as she was so similar, albeit smaller, to the North Atlantic liners.

In 1923 she brought South African Prime Minister Smuts to London for the Imperial Conference and in 1925, during the seamen's strike, came home with a scratch crew which included 120 non-seamen and was the first Union-Castle vessel to arrive for a month.

In November 1926 she collided with the steamer Maud Llewyllyn in Southampton Water.

With her sister, the Windsor Castle (2), she was, in 1936, deemed too slow for the mail run and in the following year was modernised by Harland & Wolff which included re-engining and the reduction of funnels from four to two, resuming service in October 1937 with her service speed increased by 3 knots.

In 1939 she was requisitioned for use as a troopship and in November 1942 took part in the North Africa landings when she survived a glider bomb attack by shooting down a JU-88 aircraft.

She took part in the Sicily and Italian campaigns in 1943 and in August 1944 exchanged wounded prisoners of war at Gothenburg.

All the ships had 'Protected' painted on their hulls. In January 1945 she carried out a similar exchange with Donaldson's Letitia when they carried 1940 persons including 1400 wounded, many from the Arnhem 'Market Garden' operation, from Marseilles to Liverpool.

During 1945-46 she continued trooping between the UK-Gibraltar-Malta - Port Said for the RAF and RN and in 1947, with berths for 846, carried emigrants to the Cape in 'Austerity' conditions.

After steaming 625,000 miles she completed her final government voyage in May 1949 and returned to her builders for an overhaul.

She returned to the Mail run on 21st September 1950 and on 6th November 1958 left Southampton on her 211th and final voyage having been replaced by the Pendennis Castle. 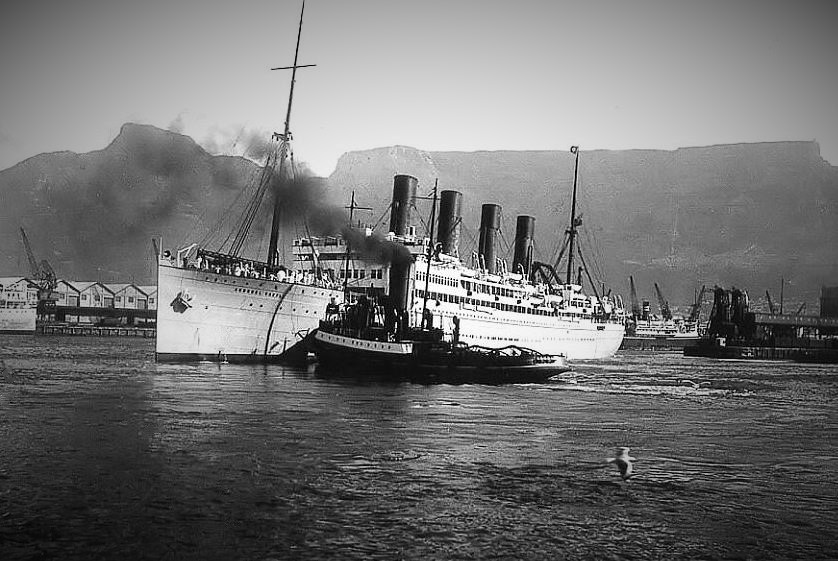 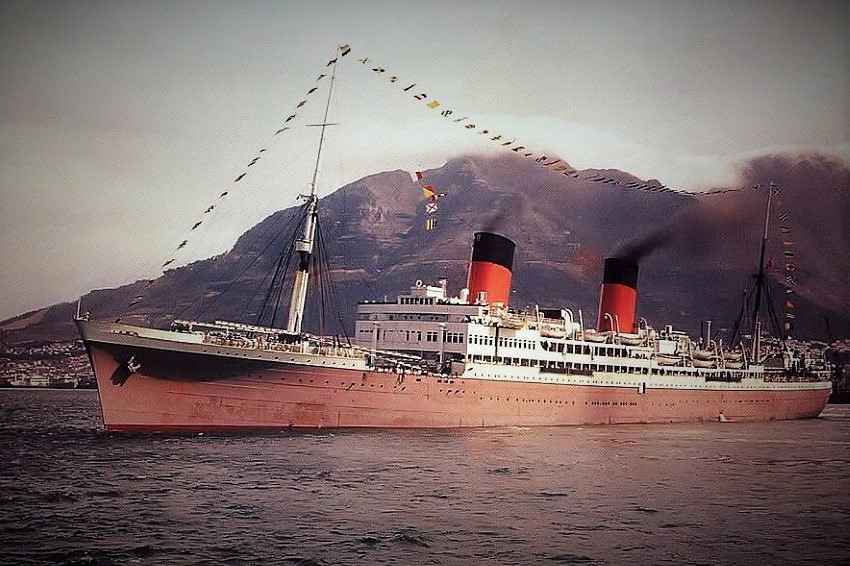 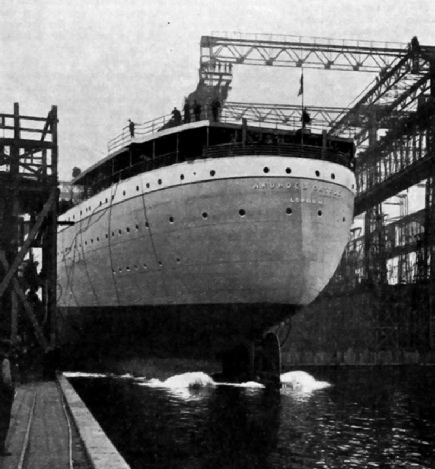 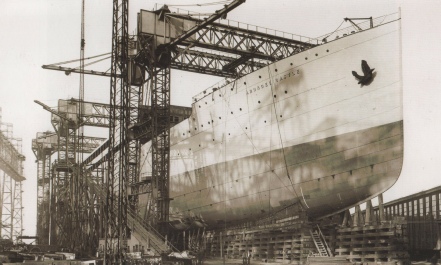 Arundel Castle was the largest liner built in Belfast since 1914 when the Belgenland was built. So when the time came for her launch it attracted a great deal of local interest.

She was launched without any great ceremony.

At precisely 1145 the hull was set in motion and Arundel Castle took to the water.

Such was the urgency for new builds after the Great War than no sooner was she afloat than a new build number was hoisted at the yard for the next ship to occupy the slipway. 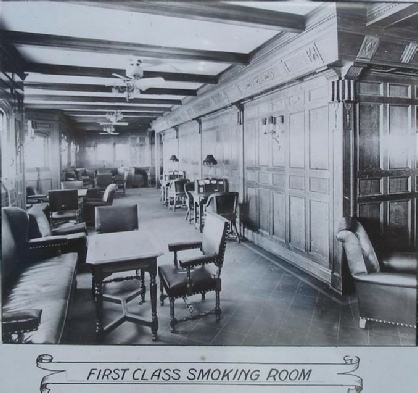 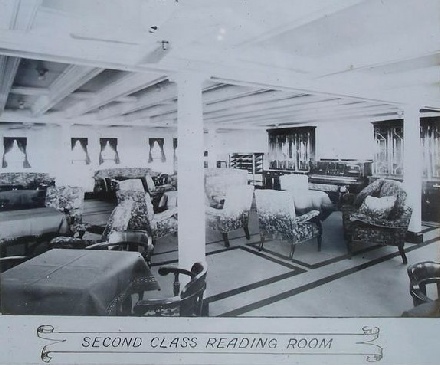 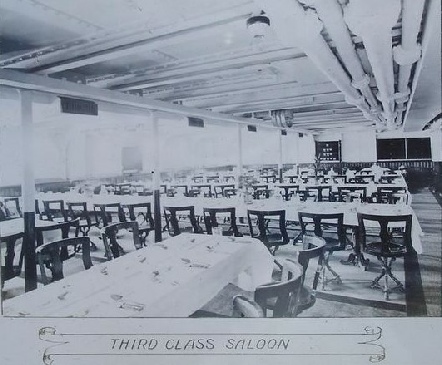 The Interior of Arundel Castle 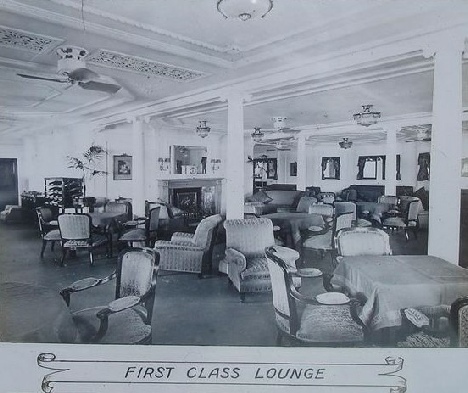 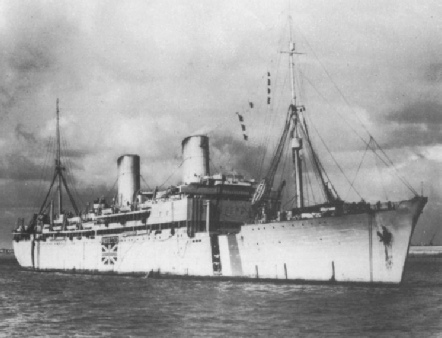 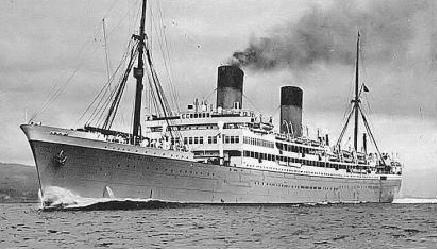 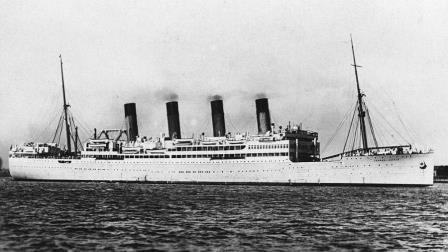 Re-engined to increase her speed from 15 to 19 knots 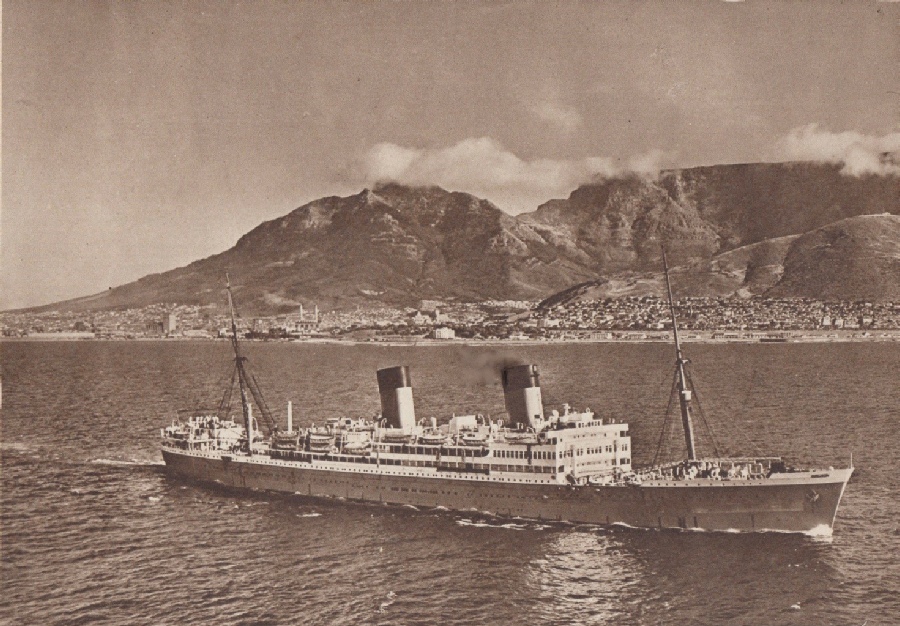 In September 1944 exchanged wounded prisoners of war at Gothenburg.

From the start of the war in 1939 until December 1940 Arundel Castle remained employed on her Liner Service.

From January 1941 until September 1949 she was taken up on Sea Transport Personnel services. 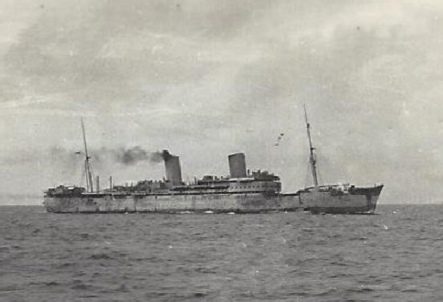 Painted in her war-time grey colours 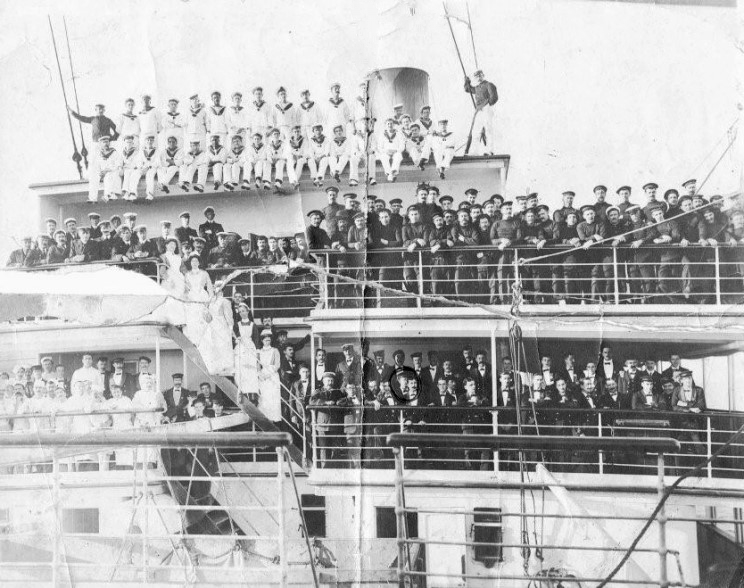 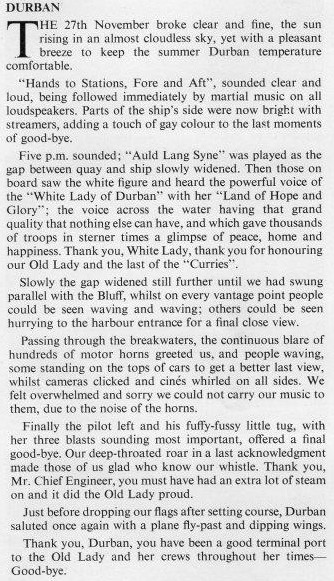 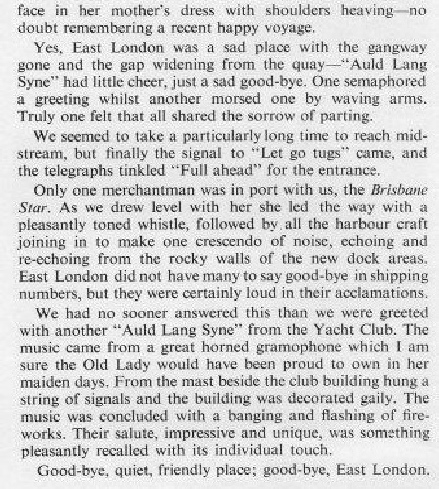 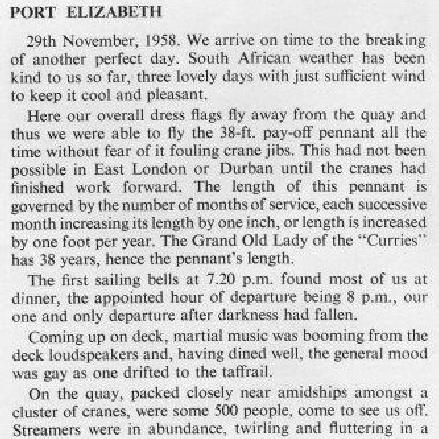 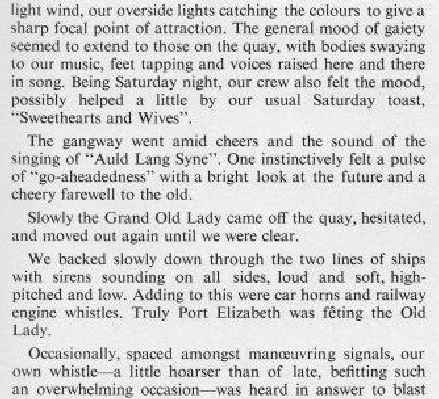 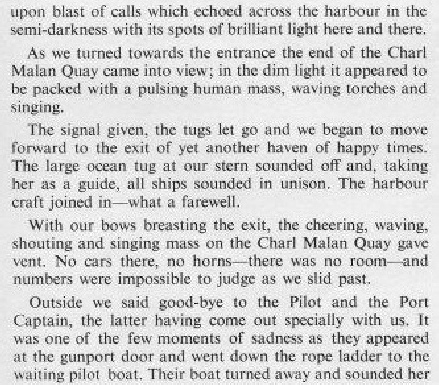 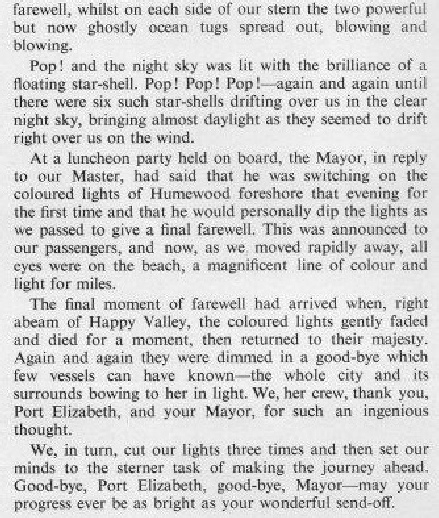 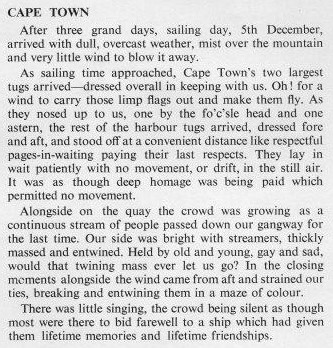 On 30 December 1958 she left Southampton for Kowloon on her way to Chiap Hua, the ship breakers in Hong Kong.

When the ship arrived in Hong Kong harbour, Chiap Hua organised a lavish cocktail party on board the vessel with many of Hong Kong's dignitaries including government officials and bank executives. 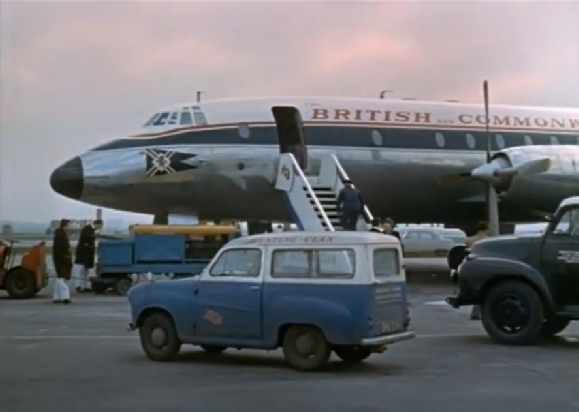 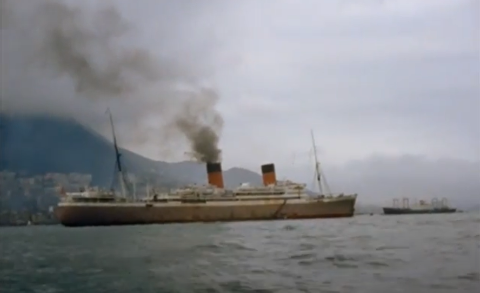 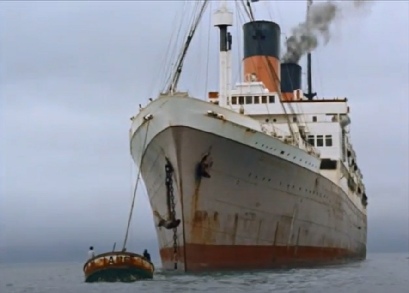 A Bristol Britannia, in B & C livery, about to leave Heathrow for Hong Kong to repatriate the ship’s company

Moored and awaiting her turn in the scrap yard 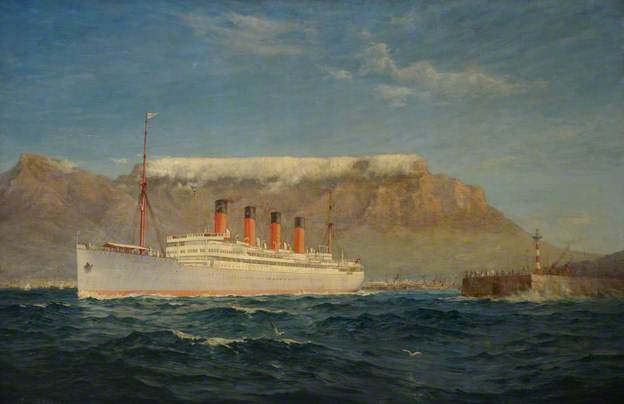 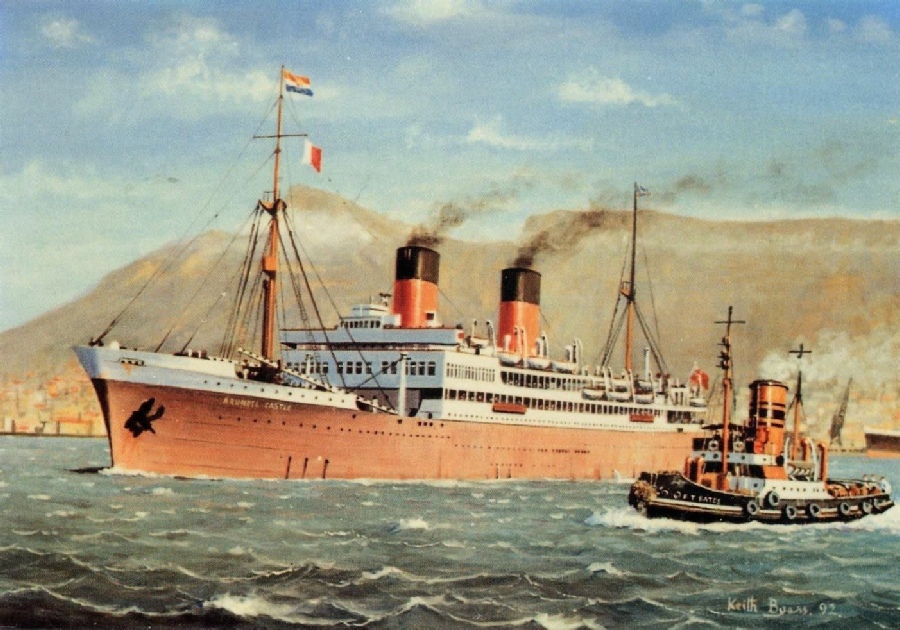 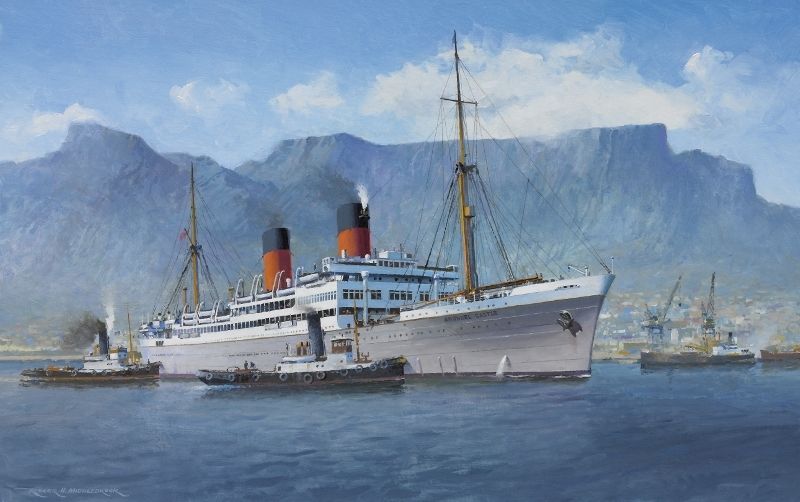 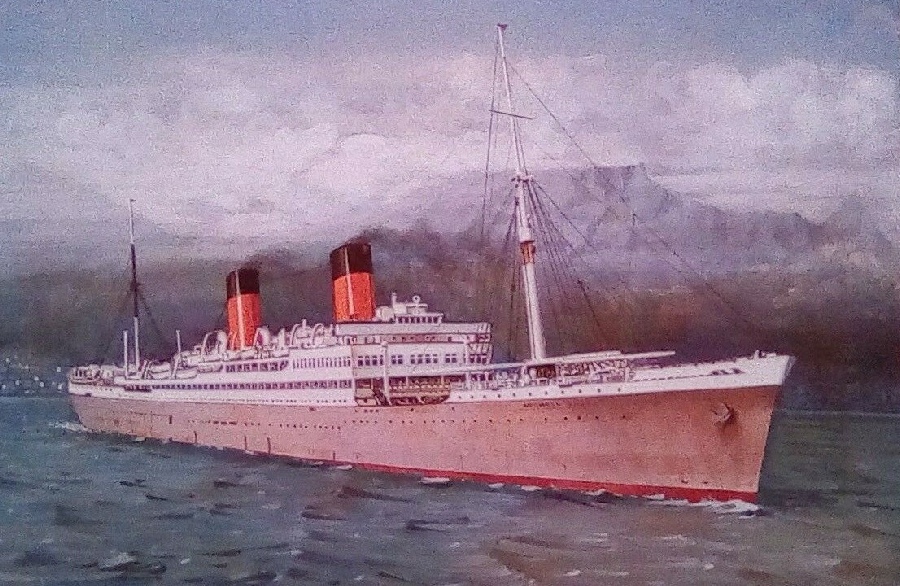 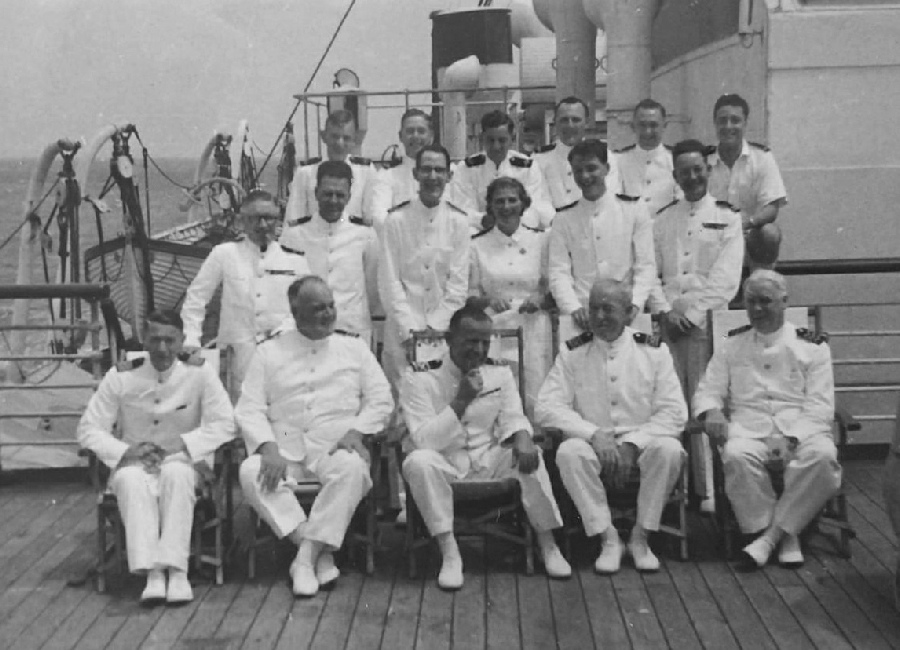 Taken on Northbound passage in October 1953