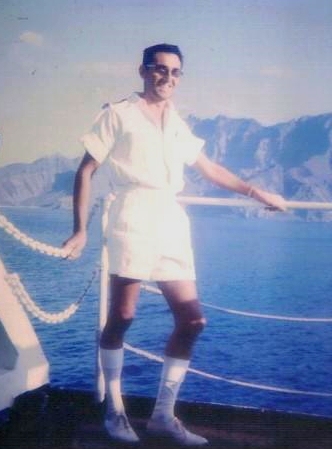 Following a short introduction course for Chief Stewards in Liverpool where I am billeted at Connaught House, Liverpool; but this time in the Officer’s quarters, I receive instructions to join the Clan Macnab at Ellesmere Port bound for Glasgow prior to sailing deep-sea to South Africa.  This is where I am to meet a wonderful character by the name of Malachi O’Kane.

An insight to my first deep-sea voyage with Clan Line as Assistant Purser chief steward being subordinate to its sailing Purser Mally O’Kane aboard the Clan Macnab April, 1966 can be found on his page.