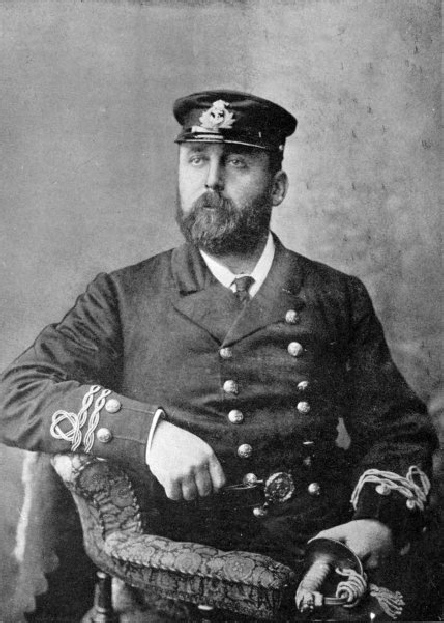 Born c1849 in Margate, from his own account William was a boy, some would say unruly, others disruptive but all would agree a boy with a mind of his own.   His school days were not amongst his happiest, with daily beatings for his behaviour he ended them when he threw a book at the headmaster.

He went to sea quite by chance, a sailing ship arrived at Margate, the part owner of which his family were aquainted with.   Against his father's wishes, he wanted his son to become a civil engineer, William with the support of his mother was apprenticed to Captain Hole of the 'Alwynton' for a voyage to Australia and New Zealand.

William went to sea as an apprentice on the sailing barque "Alwynton" of 491 tons c1864.  This first voyage was to Adelaide, Australia, thence after discharge to New Zealand.

Capt Crutchley’s Life story can be downloaded and read free of charge.

His autobiography is   My Life at Sea