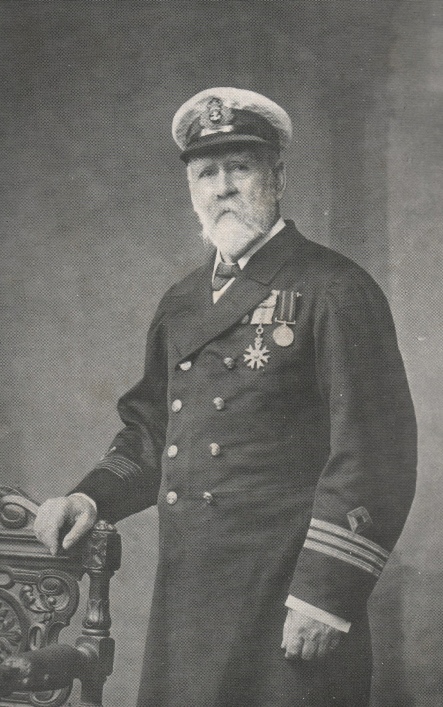 From “My Life at Sea” by Commander W C Crutchley

“.....I had to turn over to the coasting steamer Natal, a little craft of under 500 tons…..Ballard was the skipper.

He was a sailor, curiously quiet until roused, when he could make the sparks fly with a vengeance; very self contained but always ready to do a good turn if he could to any one.

I am happy to say I won his confidence.”

After twenty-five years service in the Union Company, Captain Ballard relinquished command of “Mexican” to take up the duties of Port Captain at Durban, Natal.

On this occasion he was the recipient of a gratifying testemonial from the Company in the shape of a silver salver, inscribed as follows:-

“Presented by the Union Steamship Company to Captain Henry Ballard, in kindly recognition of

the twenty-five years of faithful and valuable service. February 1884.”

During the Boer War, 1899 to 1902, he received the Queen Victoria Medal, 1900, and in 1901 on the occasion of the visit of their Royal Highnesses, the Duke and Duchess of Cornwall and York, he was invested as Companion of the Order of St Michael and St George.

After holding the position of Port Captain for twenty years he was, upon retirement, given a public banquet, at which he was presented with a silver punch bowl, bearing the inscription:-

“Presented to Captain Ballard C.M.G., J.P., Together with the sum of £750 on the ocassion of his retirement from the office of Port Captain, Port Natal, 6th November 1903. Subscribed by the members of the shipping, mercatile and general community.”

On the same occasion a diamond bracelet was given to Mrs Ballard. Captain Ballard also received from members of the Harbour Department a gold presentation watch and chain, and a a complete artist’s outfit, the easel of which bears a suitable inscription.

He was also presented with souvenirs from the Signal and Wharf Departments.

“When you took office, shipwrecks were not infrequent and small vessels only could enter the Harbour.

Capt Ballard in the uniform of Port Captain