On the ship the Morna his first trip was to Rio de Janeiro 2000 tons of patent fuel had to be discharged by hand in 28lb blocks. The voyage afterwards took the Morna to Newcastle NSW where she loaded coal for Acapulco and thence to Portland Oregon for a cargo of Wheat for England returning around the Horn and arrived safely at home after a voyage of 156 Days!!

First command was the Sabine in 1914 a single screw capable of 8kts and lit with oil lamps.

With the outbreak of WW1 he volunteered for service with the Royal Navy with the temporary commission of Commander and sailed in the armed merchant cruiser Armadale Castle for the Cape. Three months cruising followed happily enlivened by the capture of several prizes and the ultimate towage of a Norwegian sailing ship from German West Africa to Simon's Town.

Subsequently he was appointed Naval Transport Officer in charge of Luderitzbucht (Namibia) and while there found and piloted to a safe anchorage in dense fog a ship bringing General Botha to an important conference. and was later mentioned in dispatches by the General.

With the completion of the South West African campaign he was released from the Navy to command the Alnwick Castle. His first voyage was to the Mediterranean and Persian Gulf, the troops on board having to relieve General Townsend beleaguered in Kut.

In March 1917 en route to Mauritius Alnwick Castle was torpedoed 350 miles SW of the Scillies. Six days later his life boat was picked up by the French steamer Venezia. After convalescence he commanded a small ex German ship, Hunslet, before joining Carisbrook Castle on the Channel run. He spent three years in her before transferring to the Cawdor Castle and was honoured with a Knighthood in 1921 for his long record of service in the 1914-18 war and with the Merchant Navy in general.

Subsequently he served for two years as marine superintendent for UC in London but office work did not appeal so returned to command the company’s mail service until retiring as Commodore in 1932.

Just after the outbreak of WW11 he joined the Southern Railway steamer Worthing which took troops of the BEF to France. He remained in the Worthing after conversion to a hospital ship and took part in the evacuation at Dunkirk.

In July 1940 he joined RNR as Lieutenant and served in the sea transport branch from 1941-3 and was in the Middle East,North Africa at Tobruk and Port Sudan.

Sir Benjamin was 80 when in 1951 on Doctor's advice he retired as Chairman of the Sub-Commissioners of pilotage for Southampton and the Isle of Wight a position he had held for nine years. 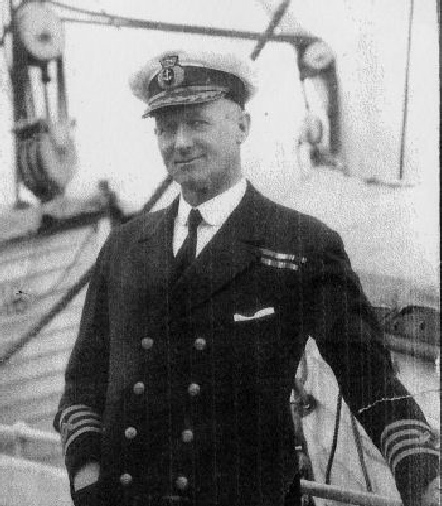 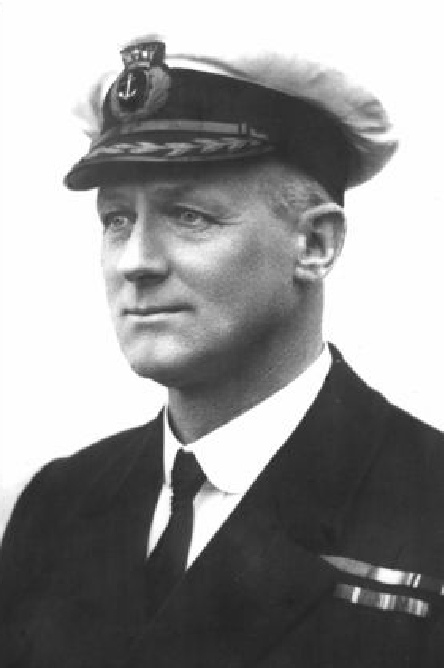 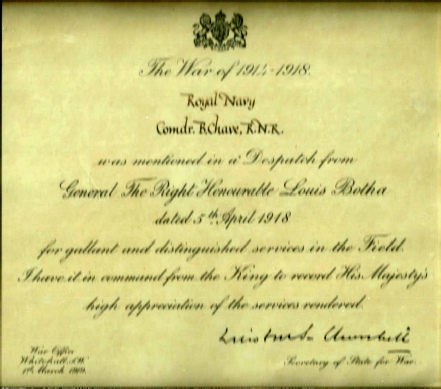 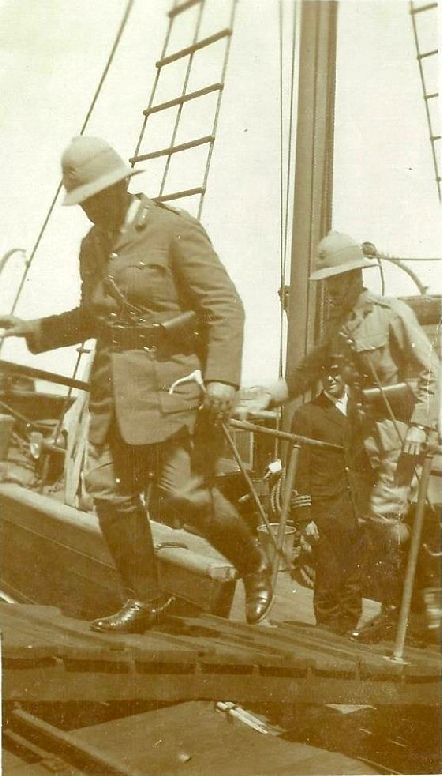 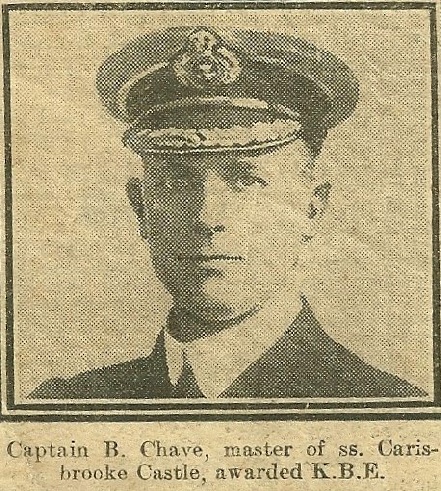 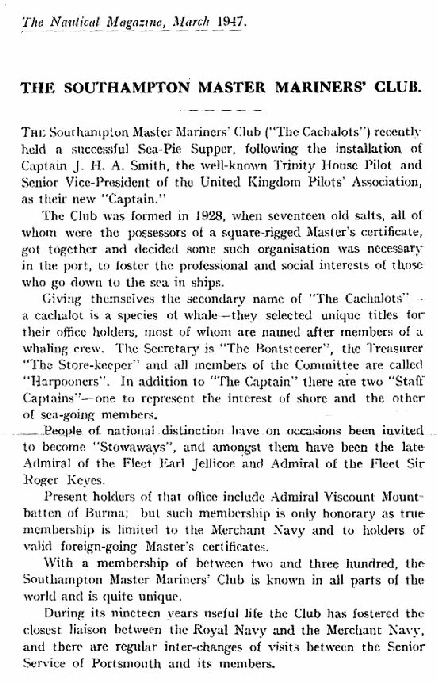 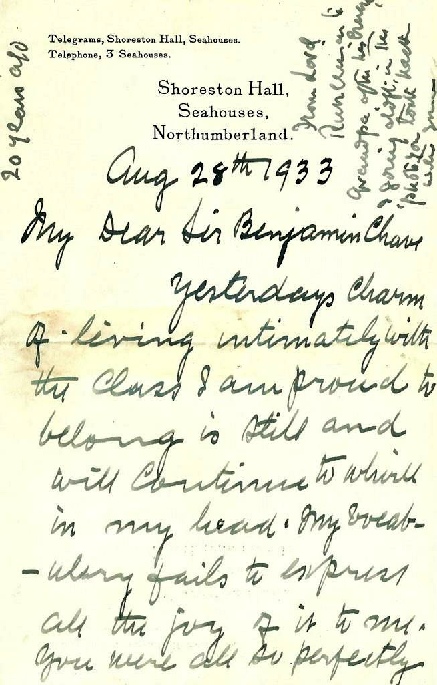 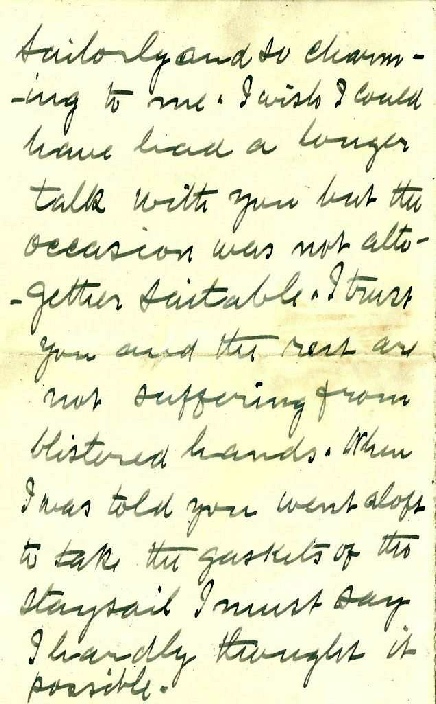 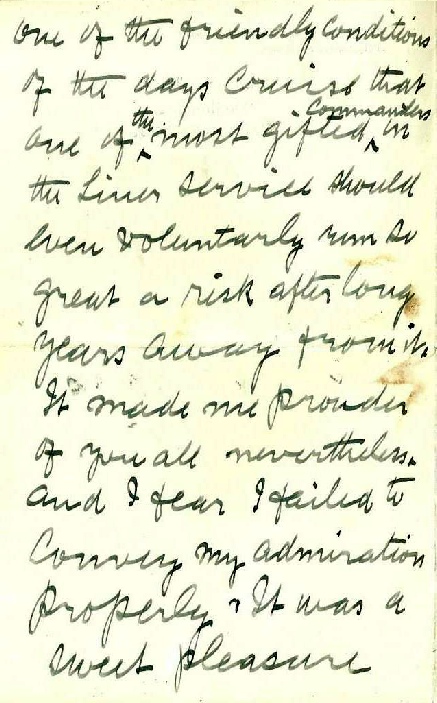 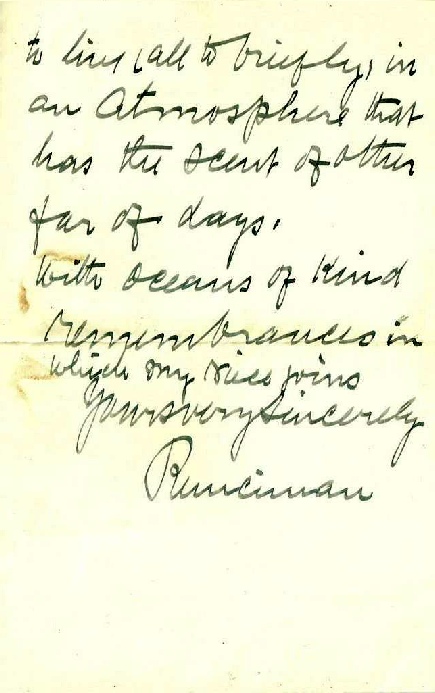 A letter to Sir Benjamin from the owner or the yacht, shipowner, 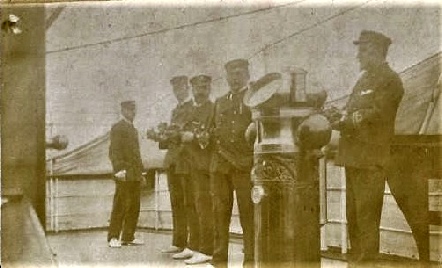 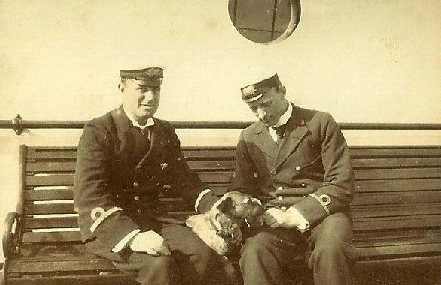 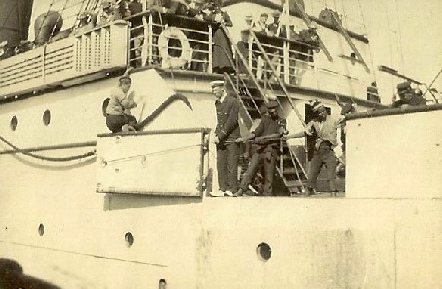 Bidding farewell to the tender Lion 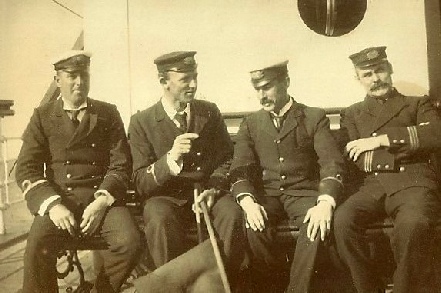 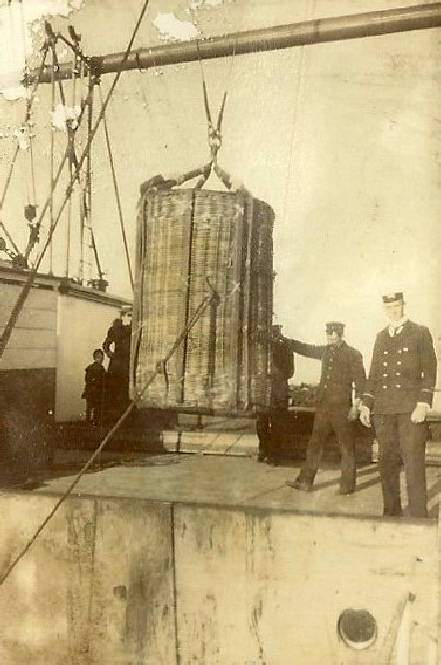 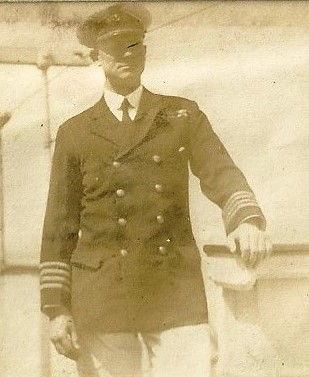 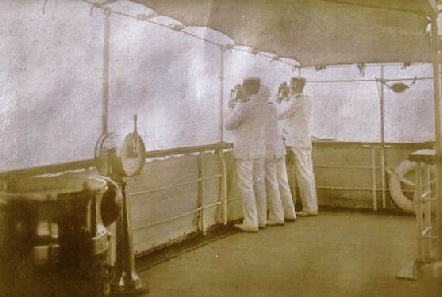 Colonel Collier and Comdr Chave behind