She was launched as a paddle steamer for P&O 's Southampton to Alexandria service, the first leg of the UK to India route which included an overland leg across Egypt.

When the Suez Canal opened in November 1869 P&O inaugurated the direct service to India and the ship was then put into reserve and laid up pending disposal at Southampton.

She was purchased by the Union Steamship Co. for £26,000 on 3rd January 1873 and, being known as a heavy consumer of coal, was immediately refitted with a 2 cylinder compound engine driving a single screw and joined the Southampton - Cape Town service.

In 1880 she spent a short time on the monthly Zanzibar service before being sold, in the October, to the Sultan of Zanzibar as his private yacht. When not required by the Sultan she traded between Zanzibar and Bombay.

In 1889 she was acquired by Mahallah & Co. of Zanzibar and operated by them for the Zanzibar authorities who could not afford the running costs of the vessel. By 1902 she was no longer in service and was broken up in June 1904.

The burning of the New Zealand emigrant-ship Cospatrick, on Nov. 18, in the ocean south west of the Cape of Good Hope, with the awful loss of 474 lives, is not to be soon forgotten. All the facts known of this terrible affair, from the statements of the only three survivors, have been related in our last two weekly publications. The portraits engraved for the front page of this Number are those of the men referred to, whose photographs were taken by the London Stereoscopic Company. They are, Henry or Charles Henry Macdonald, second mate of the Cospatrick, who belongs to the Scotch seaport town of Montrose; Thomas Lewis, a Welshman of Anglesey, forty-six years of age, who served in the Cospatrick as able seaman; and Edward Cotter, a lad of eighteen, who is the son of a gardener at Kensington, but who was trained in the Chichester for sea service, and has already been in New Zealand. He was going out, working his passage, to join a brother of his in that country. Not one of the emigrant passengers, of whom 429, men and women, embarked in September at Blackwall, escaped the destruction of the vessel and subsequent loss of her boats. Thirty men, as has been told, got away in one of the two life-boats, under Macdonald's command, but all except Macdonald, Lewis, and Cotter died of hunger and thirst. When their boat was picked up, ten days after the burning of their ship, the survivors taken by Captain Jahnke on board the British Sceptre were five; but two of these died before reaching St. Helena. 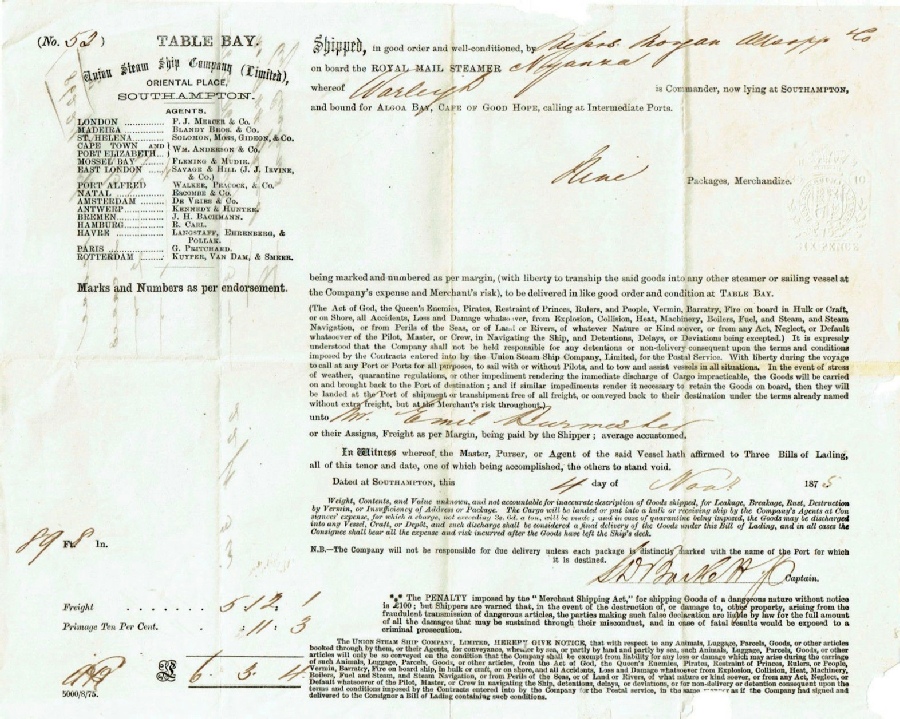 Bill of Lading from a southbound voyage in 1875 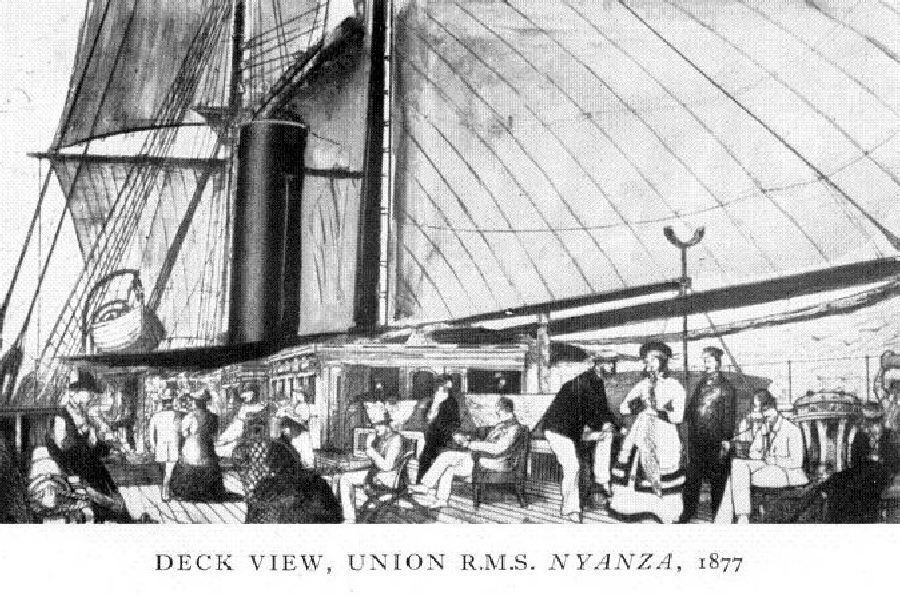 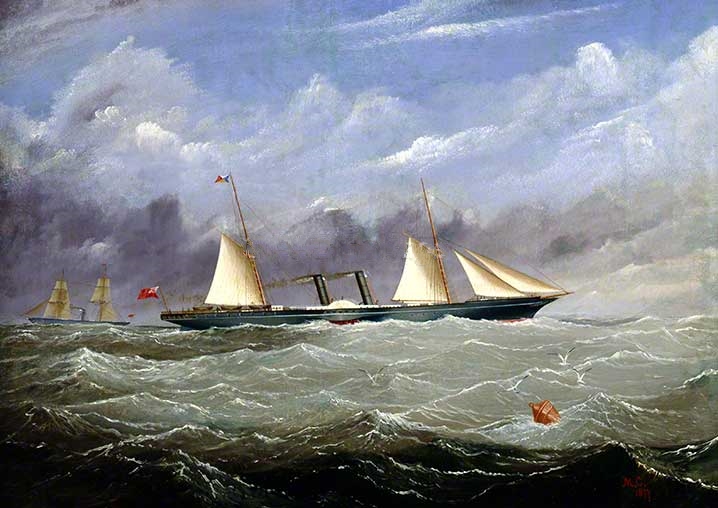 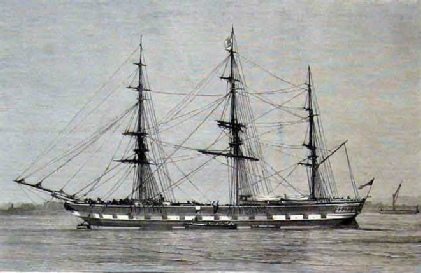 The three remaining men, so wonderfully saved alive out of nearly five hundred, were brought to England last month by the mail-steamer Nyanza, Captain W.R. Dixon. This fine vessel, one of the dozen which are the Union Steam-Ship Company's fleet, was on her way from the Cape of Good Hope. She took on board at St. Helena the survivors of the Cospatrick disaster, and conveyed them to Plymouth, with 130 other passengers and the mails. Having stopped at Madeira, her news from St. Helena, containing the first report of this sad event, was telegraphed to England, on the 26th ult., by the Brazilian submarine line. The Nyanza made her run home from Madeira to Plymouth in four days and a half. This vessel, shown in our Illustration, is a very handsome screw-steamer of 2128 tons, with compound engines of 1500-horse power (effective). She was built by the Thames Ironworks Company, and the engines were made by Messrs. Gourlay Brothers, of Dundee. Her passages to and fro have been the fastest known. The last outward to the Cape, including calls at Madeira and St. Helena, was effected in twenty-three days eighteen hours. This homeward passage, including stoppages to the amount of forty hours at St. Helena, Ascension, and Madeira, occupied twenty-five days eight hours; but it has been done in twenty-three days seventeen hours. The distance from the Cape to Plymouth is 5975 miles.