With a figurehead of a nubian she was bought on the stocks for the mail service and entered service with two funnels.

In 1883 she was paired with the Arab on an experimental service between Liverpool and Newport News, a service that was quickly discontinued after both ships had completed two voyages.

She was equipped with a triple expansion engine, new boilers and a high pressure cylinder in 1891 emerging from the yard with only one funnel.

On 21st December 1892 she ran ashore in the River Tagus whilst approaching Lisbon under the command of the local pilot. Insured for £125,000 she became a total loss although much of the cargo was salvaged. 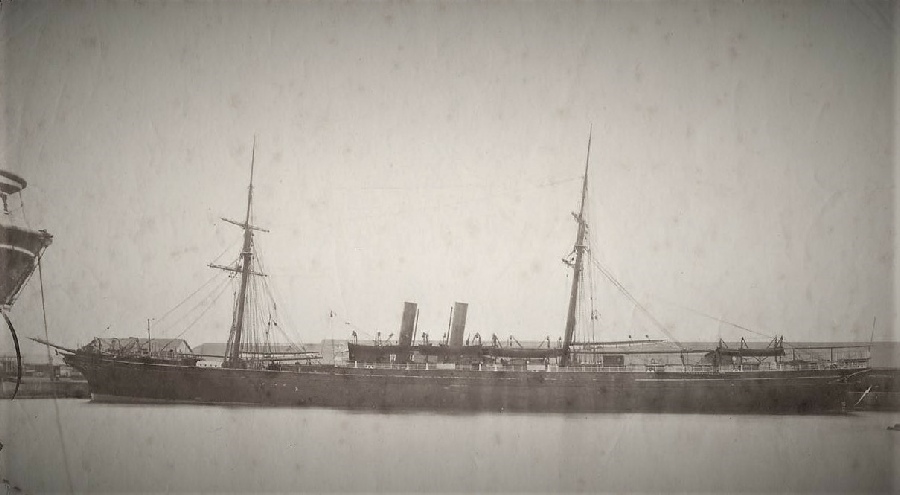 A very rare photograph taken in 1877

In 1875 a steamer named St. Osyth - subsequently an Australian record-breaker - excited much admiration at Cape Town, where she was the largest vessel to have entered the docks.   She had paid one or two visits to the Cape when it was announced that the Union Company had purchased her sister ship which was still on the stocks.

The effects of Donald Currie's competition were still being keenly felt by the old-established line, and this vessel, which was subsequently named Nubian, represented the reply of the Union Line to the Dunrobin Castle, which came out to the Cape in April 1876 in record-breaking time.   She was a handsome two-funnelled vessel, with clipper bows, carrying the effigy of a Nubian woman as a figurehead.

Seven years after making her first appearance the Nubian was transferred for a few months to the service which the Union Line attempted to run between Liverpool and Newport News in 1883.   The experiment, however, was not a success and the Nubian eventually returned to the Cape route.

After 15 years' service she was re-boilered and her engines were tripled, which gave her a speed of 141/2 knots as against the 10 knots of her original trials. Outwardly, too, she underwent a striking change, appearing now with one funnel instead of two.   The Nubian was then placed in the intermediate service, but had hardly commenced her sailings when she grounded in the Tagus, five miles from Lisbon, while outward bound to the Cape.

The vessel was in charge of the Portuguese pilot at the time.   No lives were lost, but within a short time the Nubian had sunk and become a total loss.   Her commander, Captain Molony, was exonerated from all blame. 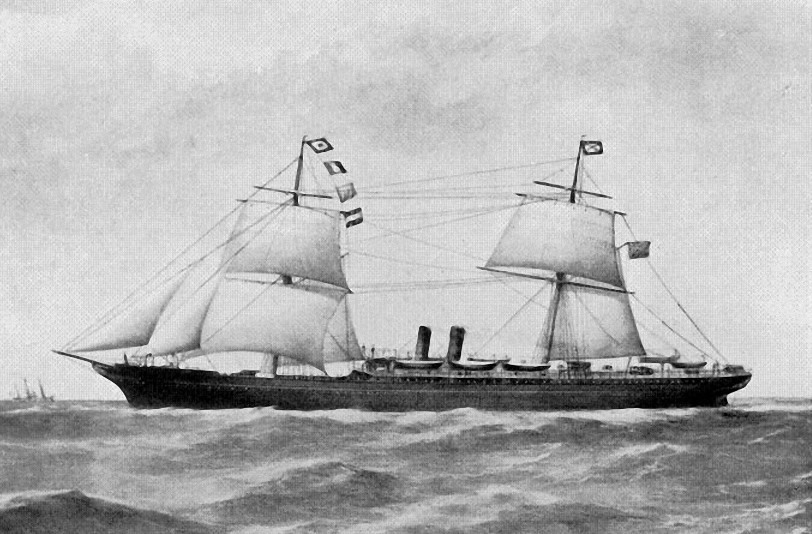 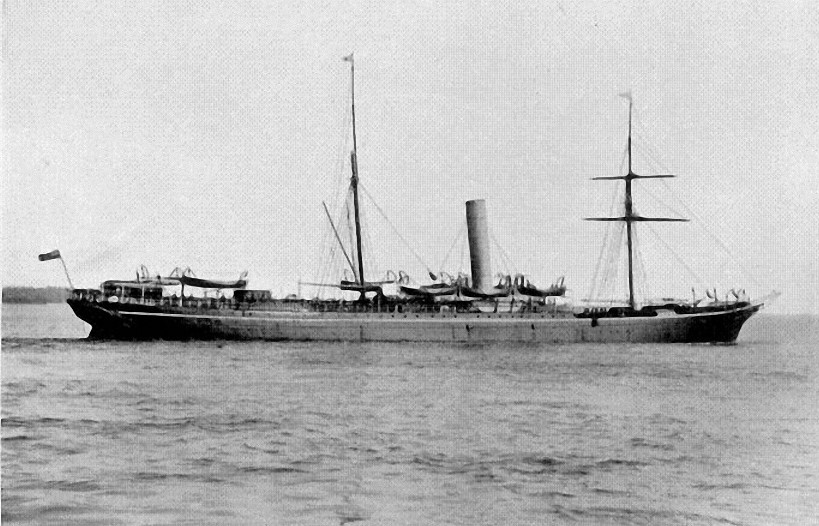