She was launched as a two funnelled paddle steamer for the Royal Mail Steam Packet Co. for their Southampton - West Indies service. When the River Plate mail contract was renewed for a further five years on 13th July 1868 she was transferred to the Rio de Janeiro - Buenos Aires feeder service. She was purchased by the Union Steamship Co.

in 1871 and converted into a single funnelled screw driven vessel, the company's first compound engined ship.

In 1879 she carried the Prince Imperial of France, Napoleon Eugene Louis Jean Joseph Bonaparte and his entourage to the Zulu campaign where he was killed on 1st June 1879 at the Battle of Ulundi. Attempting to vault onto his horse the saddle slipped throwing him off and he was speared to death.

In 1880 she was placed on the Zanzibar service until 1888 when she was sold for breaking up. 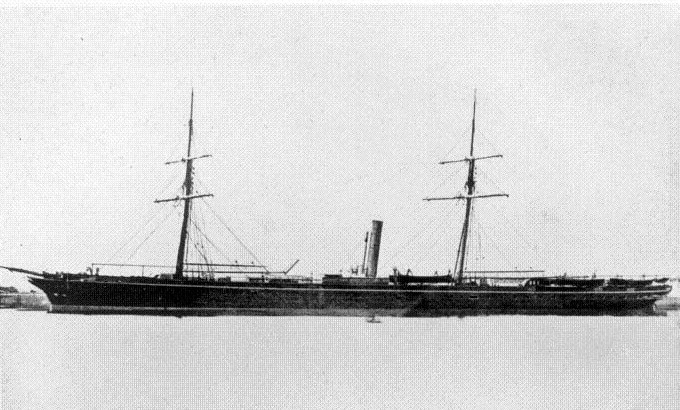