She was the first mail ship built for the company to exceed 1000grt and also the first steamer to be built specially and exclusively for the mail service.

Her passenger capacity was 64 First Class, 40 in the Fore Cabin (Second Class) she also carried 500 tons of cargo.

She made her maiden voyage under the command of Captain William Strutt who had commanded the first Union mail steamer, Dane, three years previously. 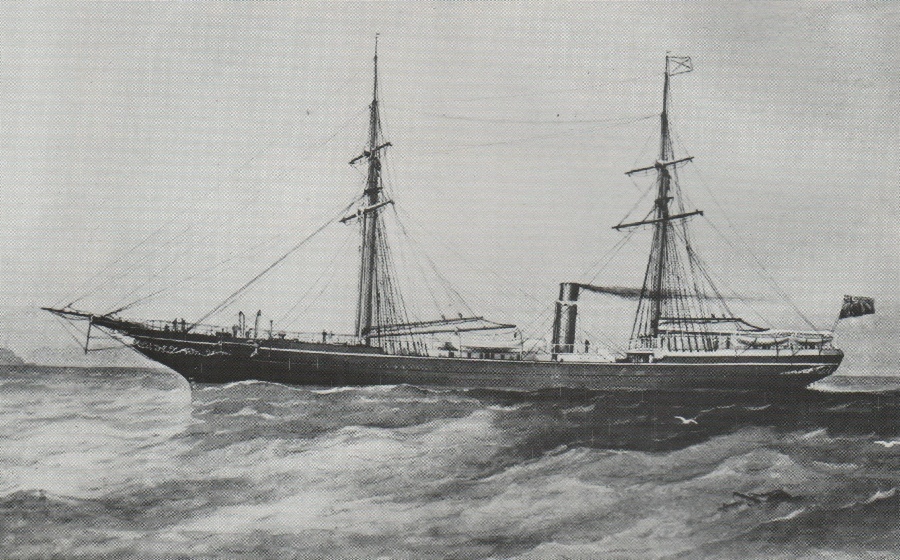