The Nautilus Telegraph arrived with me today, and if you don't receive it, the back page is devoted to this year's M N Medal awards.

Scanning through I find the name of David Dearsley, Marine Consultant as a recipient, and in the writing it states, "In a 45 year career which began as a cadet with B & C".  I don't find him on the staff reg?

That snippet would suggest he started as a cadet circa '60's. I have a vague recollection of the name from my period in the office.

I was senior cadet on Ayrshire when she was lost in 1965. After grounding 4 cadets were transferred to us from Clan Malcolm, David was one of them. He is mentioned in the crew list on the Ayrshire page but does not have his own page, this I will rectify today. 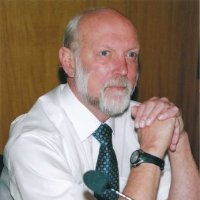 Marine Consultant for services to the International Maritime Employers' Committee and to industrial relations in the shipping industry.