Born in 1958 near Herne Bay on the north coast of Kent.  This might explain some of my fascination with the sea  and  ships.

Eventually  moved  to Cheltenham in 1969 with a few years in Aylesbury along the way.

Attended   Brunel Technical College in Bristol from Sept ’74 to Dec ’77, obtaining the Marine Radiocommunication General Certificate (the follow-on to a PMG1) plus DoT   Radar  Maintenance.

Returned to Brunel Tech in 1982,   gained the HND in Electronics (Marine).

In ’83 moved to the   North  European   Fleet   of  Chevron Shipping Co.  Manning office at that time was in Copenhagen. Spent   seven  and   a half years with Chevron before swallowing the anchor in ’91.

Now work in IT for a major  American   multinational  IT outsourcing  company. 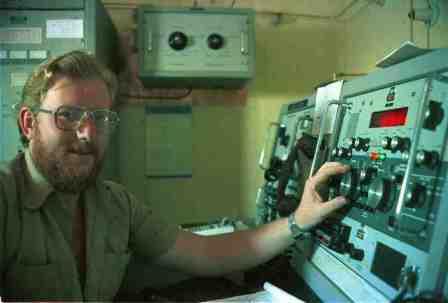