Rodney Stone-Pearn  died on July 8th, 2013 according to his widow Amberley. He was 75 and lived in Fetcham, near Leatherhead, in Surrey.

Rodney Stone-Pearn spent three years at the NCP, leaving with a handful of ‘O’ levels which allowed him to start his seagoing career with BP Tanker Company as a Deck Apprentice. He joined his first ship as a 16-year old in March, 1955, and spent four happy years with BP serving in a variety of tankers of between 8,000 and 16,000 tons and also on a steam tug. Voyages were generally of nine months duration and covered the globe from the Middle East to Australia, India, Africa, South America and Europe.

At the end of 1959 he joined a Scottish dry cargo company, Andrew Weir. In 1961 he took and passed his First Mate’s Certificate. At this point Rodney changed course and spent four years as a prep school master, teaching English and Maths. He then returned to sea with the British & Commonwealth Shipping Company as a Third Officer. In 1968 he qualified as Master. Two years later, having got married, he left B&C and began a three-year degree course in Nautical Studies at Southampton University, returning to B&C in the long summer vacation to supplement his student grant.

Determined to become a nautical lecturer, Rodney embarked on a post-graduate Education Certificate on receiving his BSc degree. Completing this, he joined Southampton Nautical College (known as Warsash) where he lectured for five years, culminating in a six month secondment to Iran to set up a similar training establishment there at the end of 1978. This assignment had to be abandoned abruptly the following year when the Shah was overthrown; Rodney and his wife and two children were repatriated to the U.K. Another career shift followed and he returned to sea for a couple of years as a Master on Dutch and Egyptian-owned vessels.

In 1983 Rodney moved into marine surveying, working for a London-based firm Murray Fenton & Associates inspecting containers and ships for damage, investigating navigational incidents and preparing reports for arbitration courts. Enjoying the work, he stayed with the company for 20 years until reaching retirement age in 2003. In an account of his career Rodney ended: “What a joy and privilege it is to conclude one’s working life with no regrets but only contented reflections.” 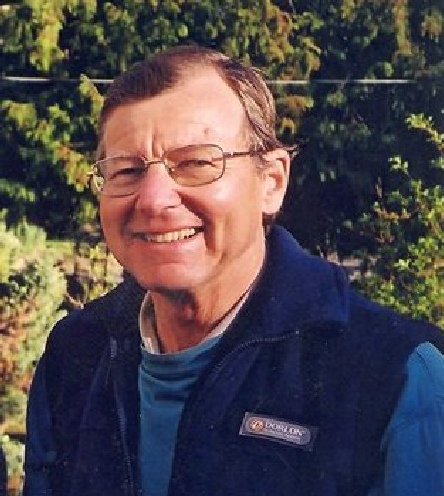