My dad, David Roberts, who has died aged 70 of cancer, was an environmentalist who spent 35 years working for Greenpeace, sailing around the world on their ships, including on all three Rainbow Warrior vessels.

Originally a merchant seaman, he began volunteering as a mate on Greenpeace ships in the early 1980s, ending up as a direct action coordinator.

During his career he was involved in more than 250 direct actions and was arrested 39 times in 13 countries, three times for spying. He was teargassed, bombed, shot at, had a Scud missile fired at him, was trapped in a mine field, had a stun grenade dropped on his head, was irradiated, covered in toxic waste, trapped inside an upturned boat, faced a firing squad and nearly died in a helicopter crash.

Born in Buckland, Oxfordshire, David was the youngest of five boys. In 1962 his parents, Reginald and Elizabeth (nee Wright), took over the Red Lion pub in Avebury, Wiltshire, where he spent his early teenage years. In 1966, aged 16, he followed three of his older brothers to sea and joined the merchant navy. He signed up to Greenpeace on a voluntary basis in 1982, and the following year became the first paid crew member of one of their ships.

Former colleagues recount that he was rarely in the spotlight but was frequently the mastermind behind high-profile campaigns. He had a talent for motivating people and thinking up hare-brained, out-of-the-box, but essentially peaceful direct action strategies. He was instrumental in the logistics involving the escape of Greenpeace’s Sirius ship from detention after an action against Bayer in Antwerp in 1985; in penetrating the security shield protecting a plutonium shipment in the Panama Canal in 1998; and, in 2003, in helping to block a shipment of arms to Iraq.

David was a larger-than-life character and this, together with his imposing height, red hair, explosive temper and immense sense of humour, meant he made an impression on all he met.

In his lifetime he travelled to more than 130 countries and sent his children, and later his grandchildren, a postcard from nearly every place he visited.

At heart David was a naturalist, and in retirement he loved nothing better than studying trees or watching birds. He was a talented wood craftsman. In his last months, when he was not recounting tales of his adventures on his blog, he was converting a van, Marjorie, into a home to travel around Europe. He was a big fan of John Lennon and the Beatles, and was passionate about politics and world affairs.

As a family, we had no real idea what he had been getting up to in his professional life until after he died, when the numerous tributes to him from colleagues gave us an insight into some of his adventures.

He is survived by six children – Jemima and me from his first marriage to Susan Roberts (nee Jeary), which ended in divorce, Maia from his relationship with Lorena Lastra, and Léo, Sam and John from his second marriage, to Katia Kanas, which also ended in divorce – as well as his grandchildren, Tabitha, Myfanwy, Gwynfi, Violet and Adrian, and three brothers, Ian, Michael and Christopher. 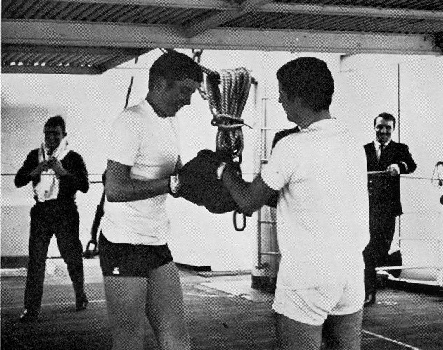 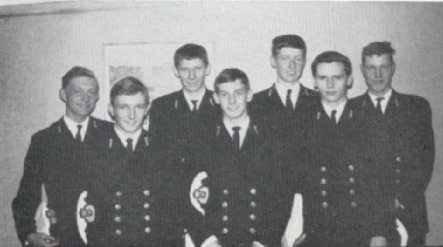 May I say as his Training Officer the aim was to educate in the arts of navigation, seamanship and becoming an officer in the "COMPANY".

I recall there was the spirit of adventure, and an underlying quiet tone of being something of a rebel by quietly bending the rules set before him without falling totally into the sin bin.

Yes, one of many likeable characters you meet in life, but I did not train him to be arrested 39 times in 13 countries, three times for spying.

He had been persuaded to attend the last Clan Line gathering in Liverpool, and it would have been a great reunion to see him again, but sadly he couldn't make it due to his illness. 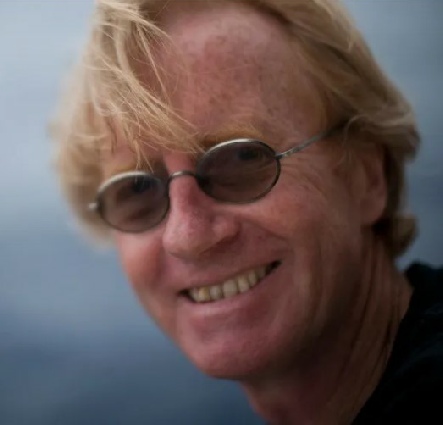 I saw Dave's death notice and was very saddened having tried to contact Dave from time to time, over the years. This time I was too late to finally make contact.

I lived at the Lodge in Avebury with my parents 1966-67 right next door to the Red Lion where my Mother also worked. Dave & I where very good friends and I spent a lot of time next door at the Red Lion having free pub meals & watching TV upstairs with him. Plus many more things.

I was only 13 at the time & Dave was 16 & a prefect at Marlborought Secondary Modern  School, Wiltshire, which I also attended.

In fact, Dave & I watched England win the world Cup live from this lounge on TV against West Germany, 1966.

There were many other fond memories from this time in my life living in this historic village, as I felt honoured to be his friend as his parents were very fussy who he associated with at the time.