George Henry Moss was taken prisoner by U-161 after the sinking of St.Usk and was lost when the U-boat was sunk one week later. Husband of Victoria Moss, of Martlesham, Suffolk.

He was not in his uniform and had not disclosed his identity to the U-boat commander, but when he was told that the Germans would keep the second officer and third radio officer as prisoners aboard George Henry Moss declared that he was the master in order to save the two young officers from captivity.

He wrote a message to his wife and handed it to the chief officer before being taken down into the conning tower. It read:

I am O.K. but unfortunately I am prisoner of war.

Please do not worry darling.

Best love to all. 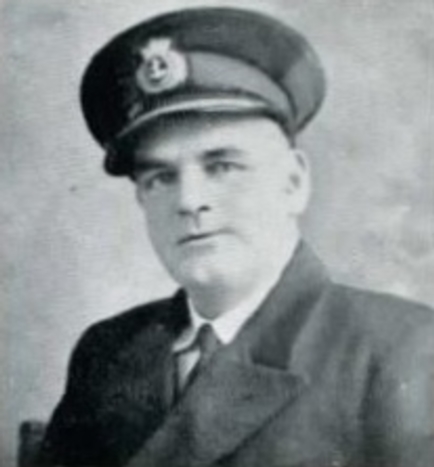