It was the company's intention to use her as an emigrant carrier to East Africa,and in particular Rhodesia, for the ill fated 'Ground Nut Scheme'.

However, when in 1948, the South African government of Field Marshall Smuts was ousted by Dr Malan's Nationalist Party the traffic dried up when the new government cancelled the assisted passage scheme.

Consequently, during the construction the plans were amended but she was always considered to be the 'odd man out' as far as the Union-Castle fleet was concerned. However, she entered service as the only one class ship until the Transvaal Castle, and operated from the London-Rotterdam-Cape-Beira route, the only vessel to do so.

In the mid-afternoon of 8th January 1953 she rescued the 234 passengers and crew from the Klipfontein (Vereenigde Nederlands Maats) which had struck a rock and foundered five miles off Cape Barra near Inhambane whilst on route for Beira. Ironically, when the accident occured the Klipfontein was racing the Bloemfontein Castle for the only vacant berth at Beira. 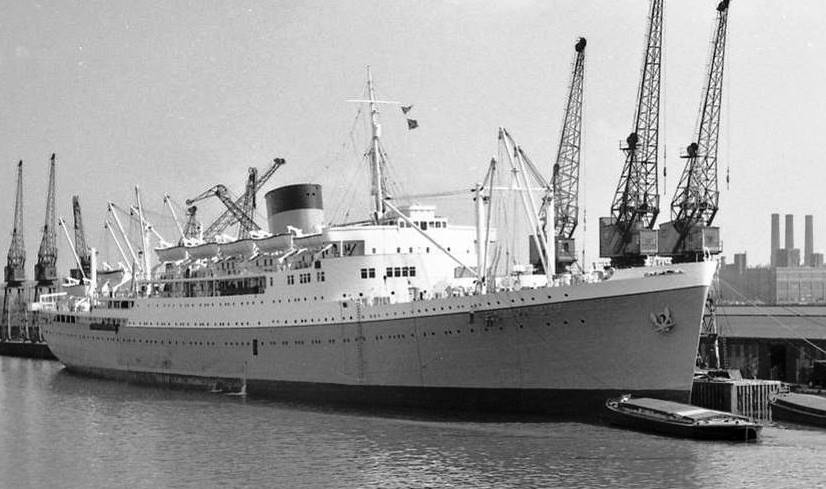 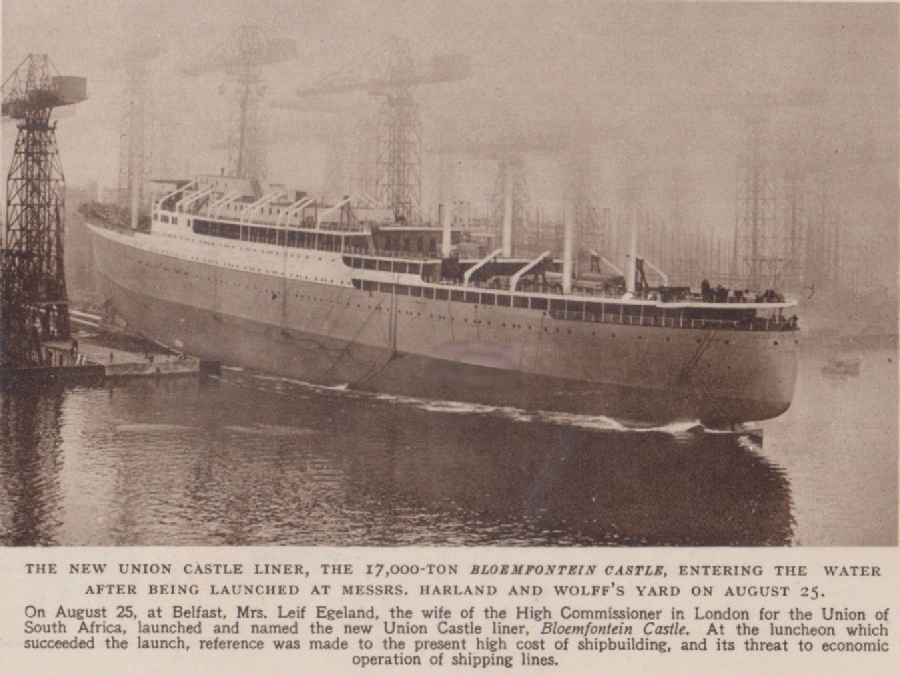 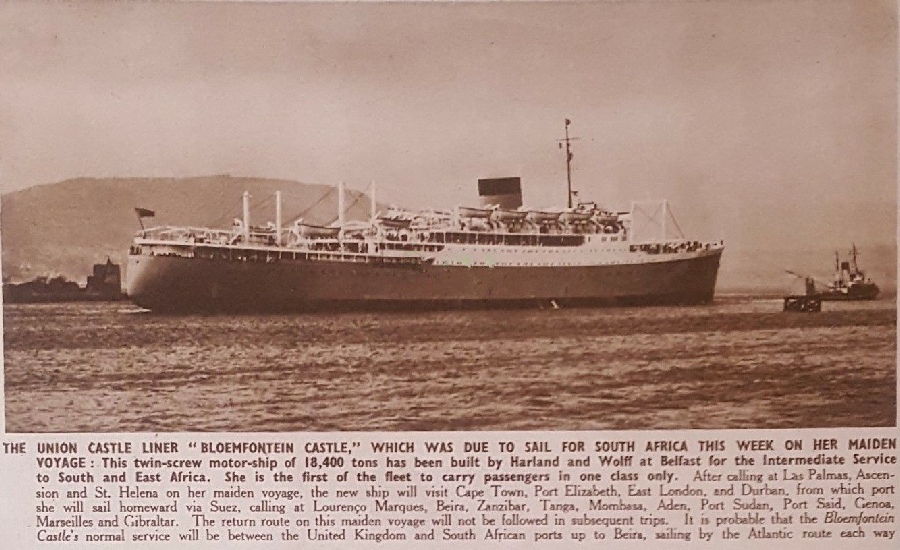 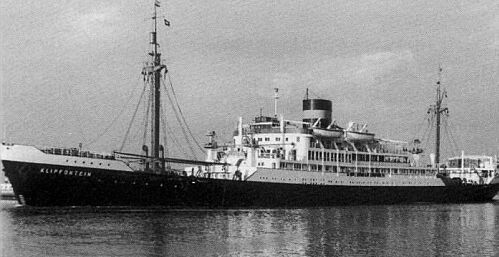 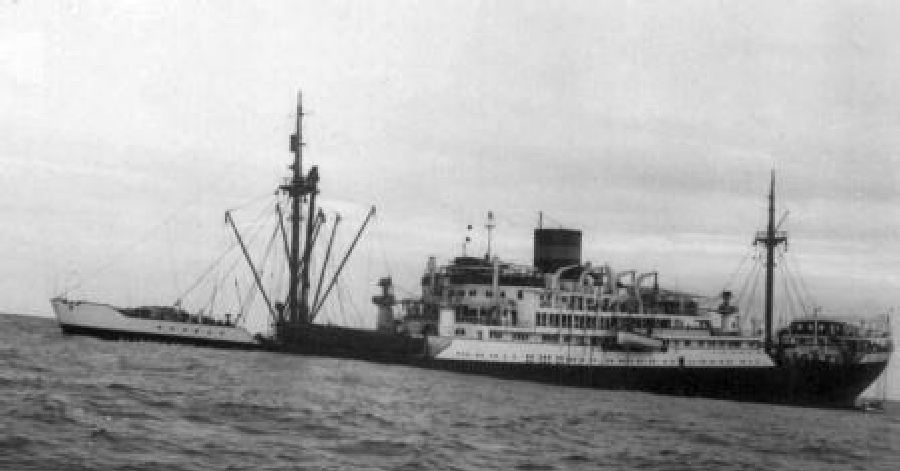 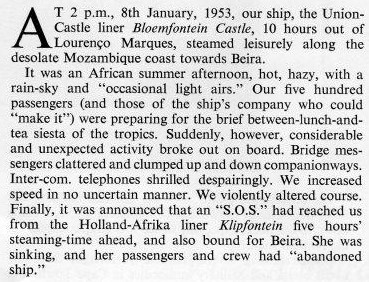 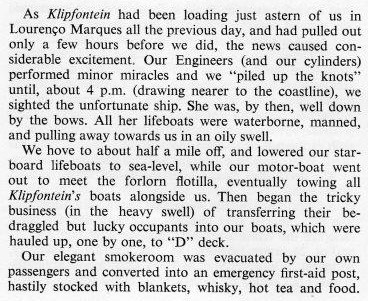 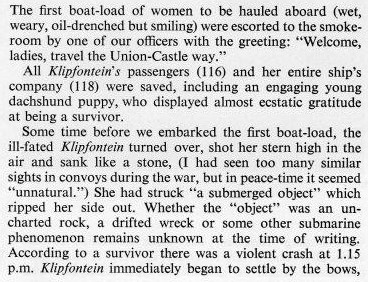 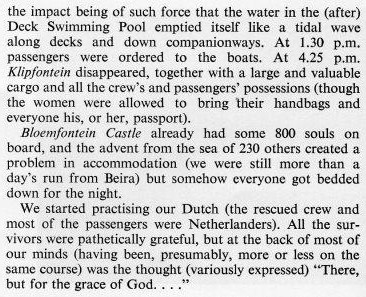 On 9th November 1959, being the odd man out, she became surplus to requirements and was sold to Chandris (England) Ltd and renamed Patris.

After a refit at North Shields ownership changed to the National Greek Australia Line and she sailed for Australia where, by 1972, she was cruising out of Sydney and then operated on the Sydney-Singapore service.

In February 1974 she became an Australian Federal Government accommodation ship for nine months after typhoon 'Tracy' had virtually destroyed Darwin in the Northern Territory.

Returning to Greece in 1976 she was converted to carry 260 cars though large side-loading doors for the Venice-Ancona-Patras service.

In 1980 she was sold to the Michail A. Karageorgis Group and renamed Mediterranean Island and in 1981 became the Mediterranean Star on the Piraeus-Alexandria run under the same owners but registered as Star Navigation Corp and was later transferred within the group to Consolidated Ocean Transports.

She was sold to St. Vincent owners for breaking up and renamed Terra pro temps. 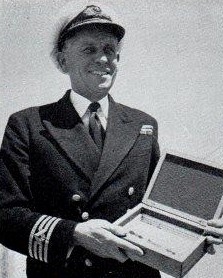 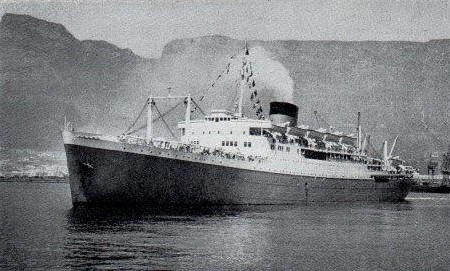 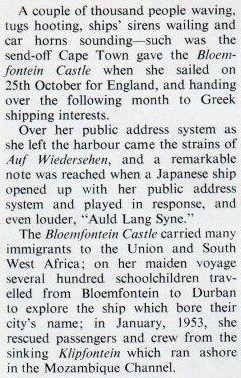 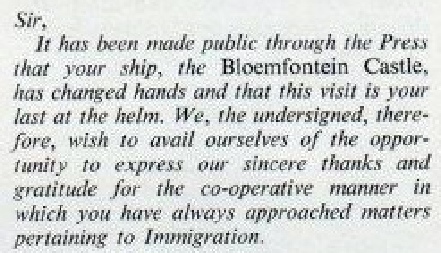 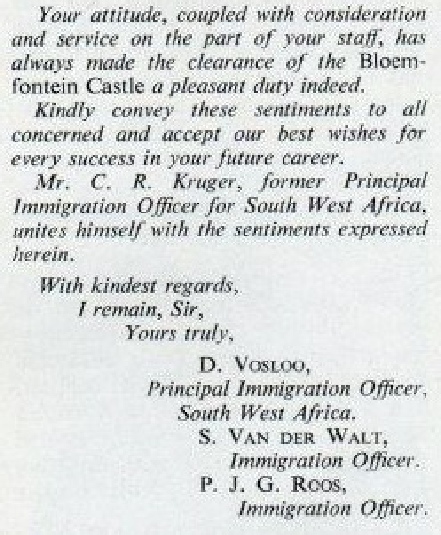 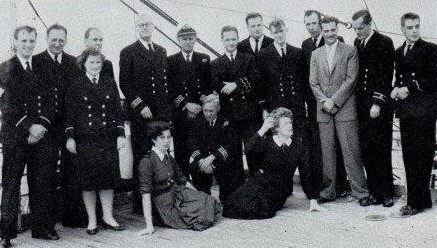 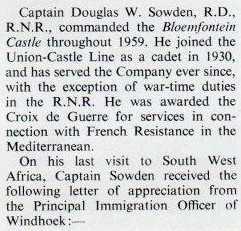 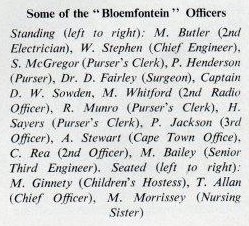 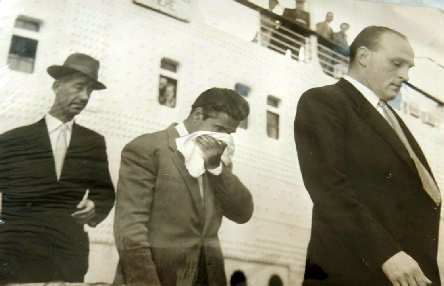 The Great Diamond Raid:   Freddy the Fly and Screwie Louie

On 16 July 1956 Mrs Mullins collected hundreds of cut diamonds worth £100,000 from the London Diamond Bourse, then at 57 Hatton Garden, as she had done every week for the past six years and got into the chauffeur-driven Rolls Royce of her employer, Moses Wijnberg. They were taking the diamonds to his office in Kimberley House, Holborn Viaduct where Wijnberg traded diamonds twice a week on Monday and Wednesday. The unsold stones were returned in the evening to the Hatton Garden vaults.

Just after 11.00am driving along St Cross Street into the Farringdon Road, the car was stopped in traffic. Suddenly a man wearing a cap and blue dungarees opened the back door, snatched the attaché case from Mrs Mullins and ran off. The driver, Frank Baker, chased the man but slipped and fell just as he was about to tackle him. The robber jumped into a waiting black Ford Zephyr car in Clerkenwell Road and sped off. The Flying Squad soon found the car abandoned in a cul-de-sac nearby. They issued a description of the robber as 5 feet 9 inches tall and aged between 20 and 30.

Later in court Moses Wijnberg said that Mrs Mullins had worked as his secretary for 40 years and Frank Charles Baker of High Wycombe, had been his driver for over six years.

On Tuesday 17 July, acting on information, the police searched the three-room flat of 22 year old Phyllis Betty Clark in Greencroft Gardens (no number was given in the reports). She was described as a needlewoman who shared the flat with one Frederick Harmsworth. On the 26 July he was arrested in his pyjamas at 5am by 30 armed officers, while he was hiding out in a boarding house at Westcliff-on-Sea.

At the end of August, four men appeared at Bow Street court charged with stealing the diamonds. Frederick Joseph Harmsworth described as a bricklayer aged 30 of Greencroft Gardens; John Morley Kelly, 37, a deck hand of Landsdown Lane Charlton; Leslie Beavis a 26 year old salesman of Church Road Acton and William Cyril Manning an electrician aged 29 of Chichester Mews in Paddington (now demolished). Phyllis Clark was charged with receiving the registration book of a car, a TV, six ounces of plaster gelatine explosive and four electrical detonators. She appears to have cooperated with the police and the case against her was dropped.

The prosecution barrister Mr Nugent said the Ford car had been stolen outside Park West in the Edgware Road area in May. Manning admitted he had taken the car and fitted it with false number plates on Harmsworth’s instructions. The finger prints of Harmsworth and Kelly were found in the car. Kelly left the country the day after the robbery, sailing to South Africa as a deck hand. Detectives flew there and arrested him as he arrived in Cape Town on the liner ‘Bloemfontein Castle’.

On 19 November 1956 the men originally charged at Bow Street appeared at the Old Bailey. The Daily Mirror revealed that the blonde girlfriend of a petty criminal known as ‘Screwie Louie’ had been jilted. To get her revenge, she went to the police and told them about Louie who was arrested for buying a suit in the West End with a stolen cheque which had been left in the stolen Zephyr car. When questioned Louie said, ‘Why are you bothering about me? You should look at the big boys like Freddy the Fly’s gang’. He said the gang worked out of a garage in Chichester Mews in Paddington. He told the police that Freddy the Fly was Frederick Harmsworth the best ‘twirler’ (skeleton key maker) in the business, who was living with his girlfriend Phyllis Clark in Greencroft Gardens.

In court DCS Sheppard said Harmsworth had 11 previous convictions, mainly for housebreaking. Harmsworth was sentenced to 7 years for the diamond robbery, even though the police admitted he had not planned the raid, nor was he the man who grabbed the diamonds. John Morley Kelly who had three previous convictions, received three years, and William Manning also got three years for stealing the car. Leslie Beavis was bound over for being an accessory. Passing sentence the Judge said to Harmsworth, ‘You are one of those people who choose to be a criminal and to lead a criminal life. You prefer it to any honest way of getting a living’. To Kelly he said, ‘I am satisfied that you fell under the influence of Harmsworth. It was he who induced you to commit these crimes’.

Chief Superintendent Robert Lee, head of the Flying Squad in 1954, and Detective Chief Inspector Tom Sheppard were in charge of the case. In an amazing outburst at the Old Bailey, John Kelly shouted out, ‘There is corruption going on in this case, I am innocent’. Kelly said he had met a man called Amos in Brixton, who worked with criminal gangs. Amos told him the diamonds had been sold to a fence for £65,000 and Lee and Sheppard had each been bribed with £13,000 to keep people out of court.

The following year on 2 August 1957, Kelly’s case was raised in Parliament by his MP Mr Price, who said that Kelly had not been driving the getaway car during the robbery. His prints were only found on the stolen number plates which he admitted to. Kelly’s alibi, supported by his mother, was that he was home in Forest Gate at the time of the robbery. The MP said that the driver was a Mr Gosling now in prison, who had made a statement exonerating Kelly. Amos had told police that the two Dunn brothers had planned the robbery. They were arrested but then released, (we couldn’t trace the Dunns). One of the two officers accused of receiving bribes had resigned shortly afterwards. A police press statement said this had nothing to do with the case, rather that his wife objected to his irregular working hours. This could have been Chief Superintendent Robert Lee, known in the underworld as ‘one of the smartest bogies in the business’, who announced his retirement in 1957.

In the House, Mr Simon the Joint Under Secretary of State for the Home Office, replying to Mr Price said that Kelly’s appeal had been turned down on 11 February 1957 and that a senior police officer had carried out an investigation of the claims made by Kelly but not found sufficient evidence to proceed.

The press speculated that diamonds were passed to ‘Mr Big’ or ‘The Phantom’, the man who had planned the robbery. It was generally believed he was Billy Hill, known as ‘the Boss of the Underworld’, but he always denied it. Mr Big was not named and the diamonds never found. 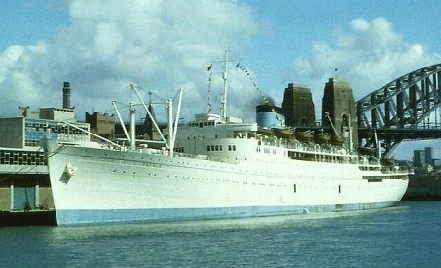 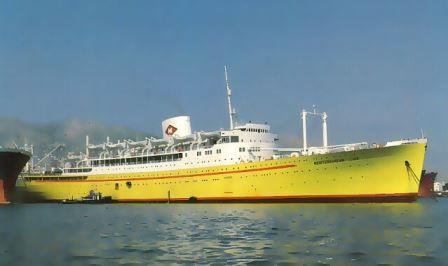