She was launched on 10th November 1894 as the Marino for Ocean Transport Co. with Elder Dempster & Co. as managers for deployment on their Liverpool to Canada run.

She was acquired by the Union Steam Ship Co. in 1898 for their joint cargo service with Clan Line between Cape Town and New York and renamed Sabine.

Joining the merged Union-Castle Line in 1900 she was placed on collier duties. In September 1909 she was chartered to the South African Government as part of an expedition to sail to the Antarctic in a desperate final attempt to find the Blue Anchor Line's Waratah which had left Durban on the previous 26th July bound for Cape Town and completely disappeared.

It was believed that the Waratah had broken down and drifted out of the shipping lanes down to the ice shelf in the prevailing current. No trace of her was found and she returned to Cape Town on 7th December. 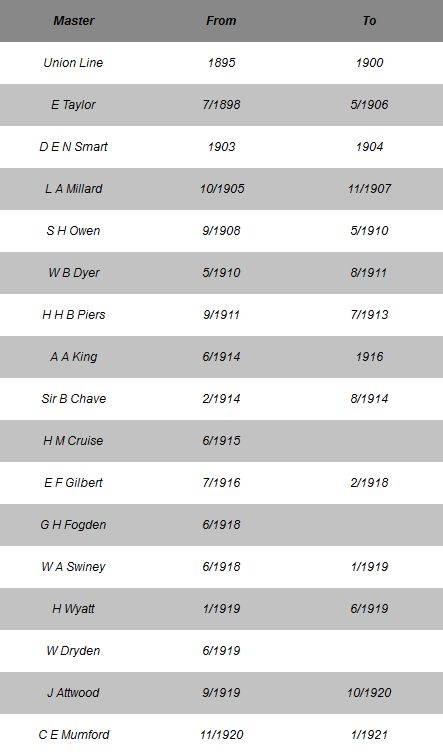 In 1921 she was transferred to the associate company Bullard, King & Co. of London and renamed Umzinto.

She was sold for scrap in June 1925, initially to a Dutch company but then to Cantieri Navali ed Acciaieria de Venezia and broken up at Venice. 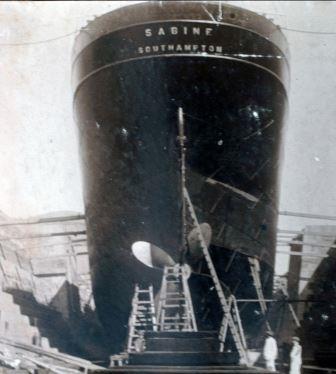 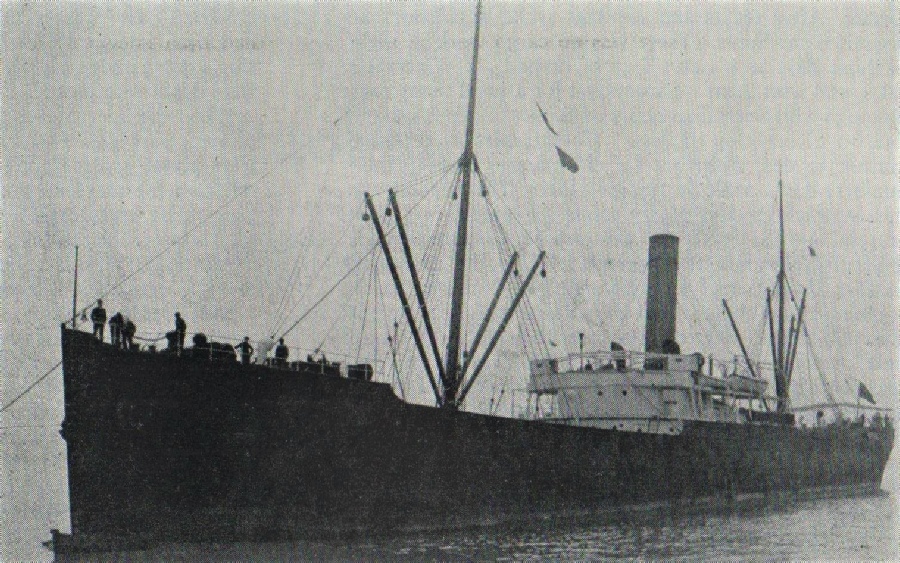 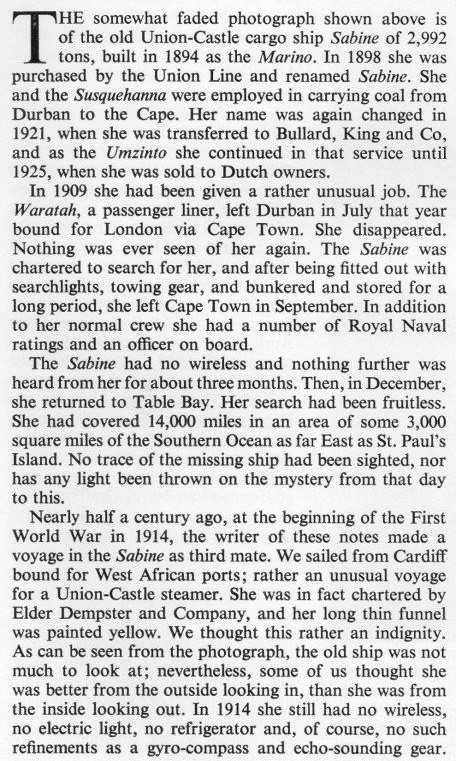 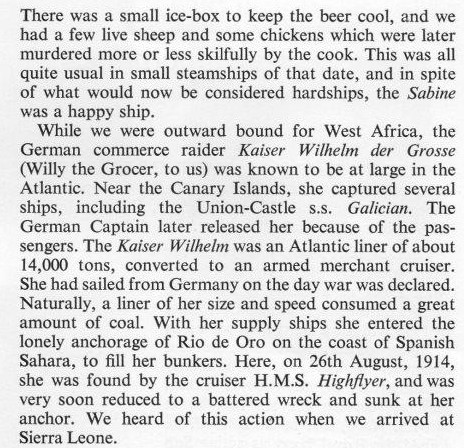 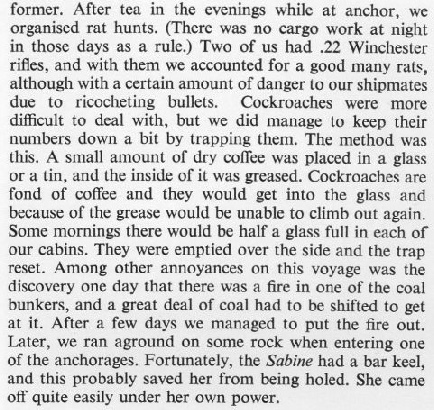 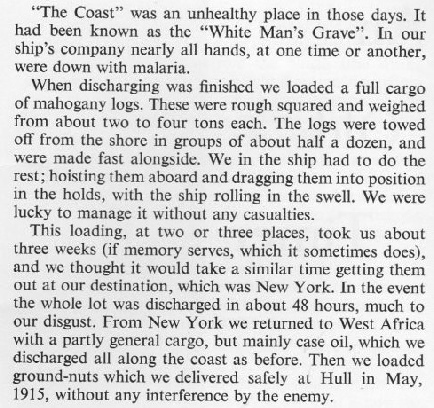 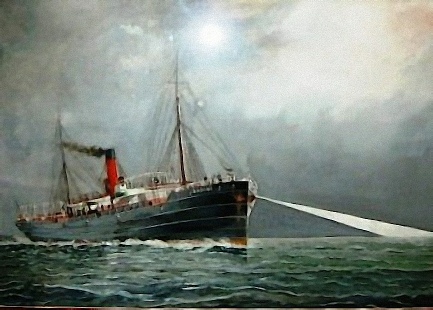