Identical to the Dane she was immediately chartered to the British Government for Crimean War service and completed her maiden voyage from Southampton to Constantinople and Balaklava with a cargo of wooden huts for troops wintering in the freezing Crimea.

In late 1855 she was laid up at Southampton but on 29th September 1856 inaugurated the Union Steam Collier Co's Southampton - Rio de Janeiro service quickly followed by the Union and the Dane.

On 21st January 1857, under Union Steam Ship Co. ownership, she replaced the Celt on her ill-fated December sailing and in the following November completed the run to the Cape in 39 days.

In 1863 she replaced the Roman on the South African coastal service returning to Southampton in the following year.

She was sold to Charles Lungley in 1865 as part payment for three new ships he was building for the company. Lungley then sold the ship to Bremner, Bennett & Bremner of London with the same name and for their Mediterranean trade and thereafter all trace of her was lost. 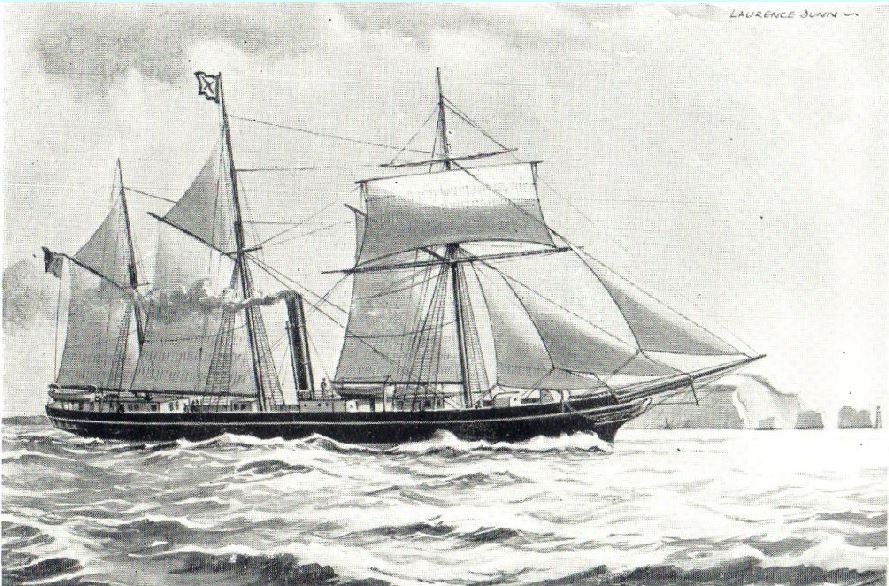