After obtaining 2nd Mates Certificate I joined Clan Line on 5th July 1960 as third Mate signing on Clan MacLennan in Avonmouth for a relieving voyage around the UK west coast, the Master was  pucking Jones! He was relieved by Harry Cater a permanent coastal relief Master. During this coastal the ship was dry-docked in Liverpool.

During this period, across the water at Camel Laird the Windsor Castle was to be launched and we all received an invitation to attend.

I declined unfortunately, little was I to know that I would serve on that ship in the not too distant.

Various relief duties were carried out over the next few weeks McKinley for a week in Birkenhead. The Clan Macindoe from Manchester to Glasgow .

Finally signing on the Clan Mackellar on the 7th September 1960 under Captain Shattock for an Indian voyage signing off in Avonmouth in January 1961.

After shore leave I signed on for a delivery voyage as the ship was to be sold delivery being in Ceylon. We were signed off at the consulate in Colombo on 9th July 1961 and flown back to London on a BOAC de-Havilland Comet! 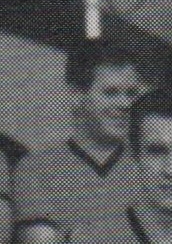