1) Buenos Aires, trip ashore with the 3rd and 4th engineers. Went to a football match, Boca Juniors v Rosario. Rosario awarded a penalty, Boca supporters went ballistic. Ref stopped the game, police in riot gear armed with tear gas lined up in front of the goal where we were and opened fire. We were absolutely terrified. Managed to get out of the ground unhurt, and beat a hasty retreat back to the ship. Sailed the next day. The 4th engineer took ill, suffering from the side effects of the gas. Had to see the doc shoreside in Bahia, and ended up on a diet of coconuts for 7 days. He was carrying a sack full of coconuts when he got back to the ship.  I kid you not!! They did the trick plus he lost about a stone. Our Chinese stewards had nicknamed him Feejay (Chinese for fat man?) so it actually did him some good!!

2) A couple of trips after that incident, we arrived off BA to be told that we couldn’t go alongside. The Argentine Army were having a difference of Opinion with the Navy. The Navy decided that they had done enough talking and decided to throw a few shells into the city.  I think we lay off for 3 or 4 days before things quietened down. When we eventually got ashore, there was quite a mess, but it didn’t seem to bother anyone. Lots of Marineros on street corners but the bars and eating houses (especially  the Copper Kettle) were going full tilt.

3) I also remember having a burial at sea. Not sure about the facts but I believe the one time owner (Richard [Dick] Street of South American Saint  Line, lived, died and was buried in Argentina. After a certain length of time he requested to taken aboard a Saint Line ship to be buried at sea. The ship was the St Essylt. From what I remember it was nothing too fancy, a few words, a big splash and that was it.

Attached some photographs of crew members (sorry no names) from the St Essylt 61/62. St Essylt 61 is me, 1,2 and 3 group of guys made up of cadets, engineers, R/O and possibly 3rd Mate. 5 and 6 is the  St Rosario leaving Dock 4, Buenos Aires on her maiden voyage in June 1961. I took the photos from the boat deck of the St Essylt. I remember being very excited, as I had worked on the building of her main engine at Doxfords, and then on the fitting out of the engine room at JL Thompson's quay. To cap it all, I then joined Saint Line and went out on her acceptance trials as 6th Engineer along with the Chief Engineer. Great memories.

Also attached a copy of ships monthly which you may have already seen, and some memories for the blog!

I wish you every success with your project, if I can be of any assistance, let me know. 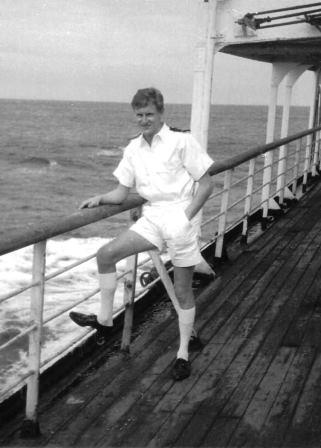 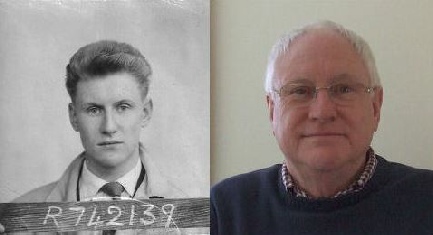