My Grandfather Charles Ritch 1868-1949 was a captain with the King Line sailing mainly off the west coast of South America in WW1  his brothers George Robert Ritch 1867-1945, and Magnus Ritch 1877-1956 where also captains and other family members served on the same line 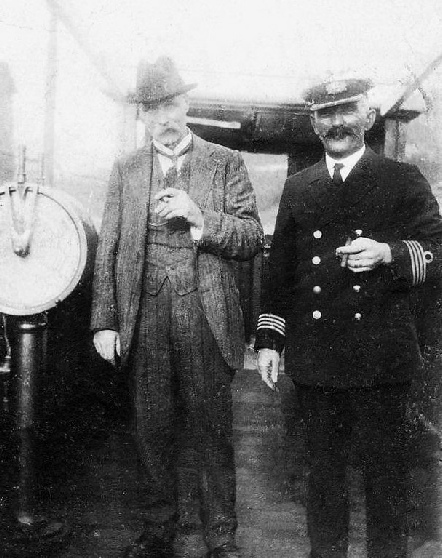 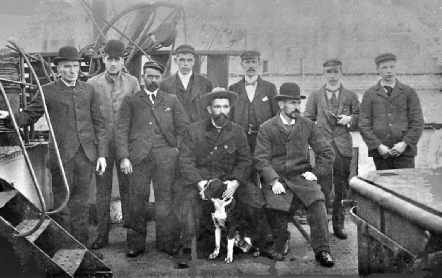 Captain Charles Ritch was the middle one of three brothers who were masters in the King Line in the early twentieth century.

They had all started their careers before the mast in sail.

He was master of the Don Cesar from 1906 to 1917, whilst his younger brother Magnus commanded the Don Benito.

The major part of the trade was carrying live cattle to the Argentine.

He was the more gentle mannered of the three but could still rise to the occasion when circumstances demanded.   In one incident he found himself obliged to shoot the cook who had run amok with a cleaver.

In retirement inStromness he enjoyed a bit of sea-fishing and sailing his traditional Orkney dinghy Bonito in local regattas.

Capt Charles Ritch with the dog