Further to your earlier request for good memories of B & C.

We were departing Capetown upcoast on the 24th Dec 1970. For some reason we had to transfer our popular Nursing Sister to the Reina Del Mar.

We had a great farewell party for her which I believe was in the 4th R/O's cabin. This finished sometime in the wee small hours.

Come sailing time the Edinburgh duly sailed and passed the Reina Del Mar which I believe was on ''C'' berth. Possibly because the down coast mail had not vacated 'A' until late the previous day and the Reina had docked whilst the homeward mail was still on the berth

As we sailed past the RDM the Master (believe it was Reg Kelso but could be wrong) asked our Master. (P St Q Beadon) if he would mind returning his new Nursing Sister’s underwear.

As many of you will remember the 1st Class Passenger Deck was right behind the Bridge and they could hear and see all that happened. As this came across on the Walkie Talkie they heard it. P St Q's eyes instantly looked at Staffie (Bill Pritchard) and both eyes went to the Mast.

Sure enough there was two items fluttering from the port yard arm.

The X/2/O and myself (3/0) did everything to try and be invisible with no effect.

In front of the passengers we had to take them down. We did get them back to her a few weeks later.

P St Q needless to say was not amused but for some reason it was forgotten very quickly. The passengers all thought it was a hoot.

Did many voyages on this ship at that period and it was a very happy ship with many great personalities amongst the staff. Some still friends to this day

Eventually joined Cal-Mac as 2/0 then C/O and finally as Master retiring in 2009 from the MV Coruisk which for CalMac was a first, with Azi-pod drive and was still very new to the fleet. I was lucky as I spent a long time on the Skye route with the Coruisk the MV Pioneer and MV Claymore as Master 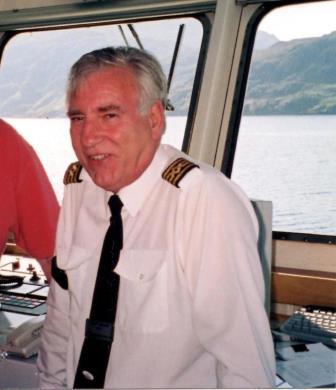 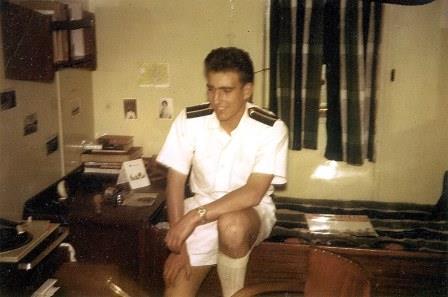 Neil as Cadet on Kinpurnie Castle 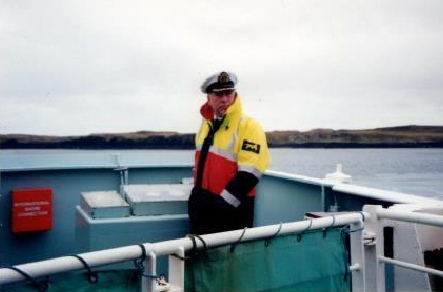 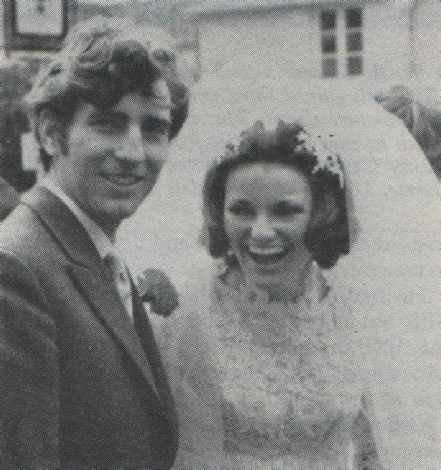